Lithium has been among the most sought-after mineral during the past few years, largely on the back of its usage in battery manufacturing.

India is at odds with a major import source for the mineral, China. 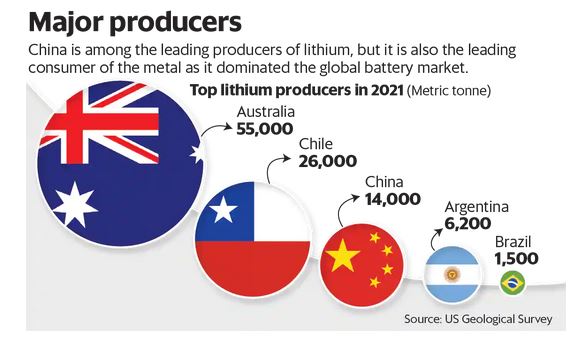 Why is India looking for lithium?

Why has the supply of lithium declined?