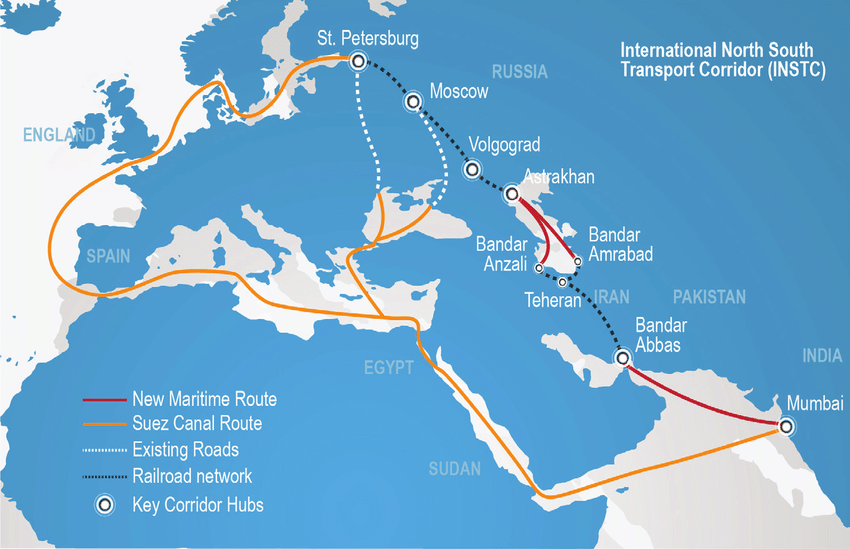 Iran started the first transfer of Russian goods to India via a new trade corridor which transits the West Asian nation, people on the Iranian side familiar with the developments told news outlets.

The cargo will travel through the International North-South Transport Corridor (INSTC).