Mains level : Climate Change and the background for its negotiation

The Geneva-based Intergovernmental Panel on Climate Change (IPCC) will release the first part of its Sixth Assessment Report, the periodic status check that has now become the most widely accepted scientific view of the state of the Earth’s climate.

What are IPCC reports? 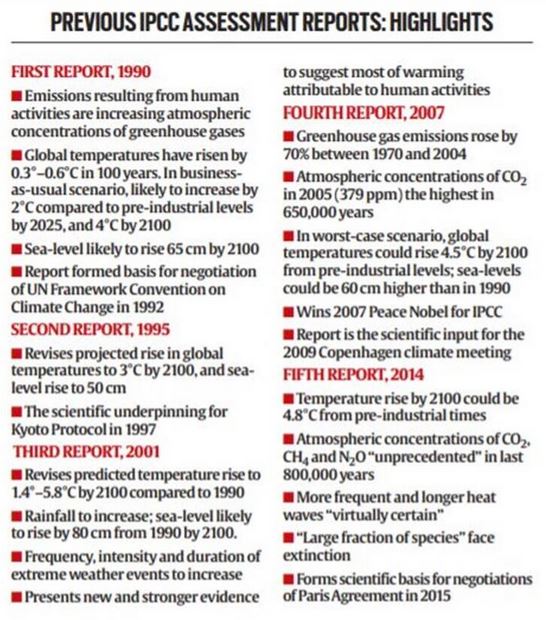 Key projections of the 6th Report

(a) United Nations Conference on the Human Environment, Stockholm,1972

(b) UN Conference on Environment and Development, Rio de Janeiro, 1992