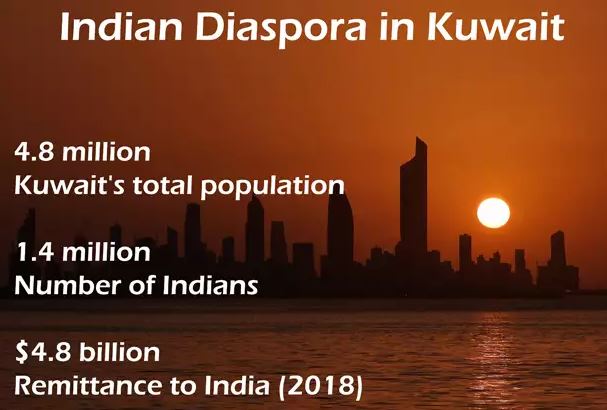 A total of eight lakh Indians could be forced to leave Kuwait as it’s National Assembly committee has approved a draft expat quota bill seeking to reduce the number of foreign workers in the Gulf country.

India is the world’s top recipient of remittances with its diaspora sending a whopping $79 billion back home in 2018 a/c to the World Bank. It is followed by China (USD 67 billion), Mexico (USD 36 billion), the Philippines (USD 34 billion), and Egypt (USD 29 billion).

What is the Expat Bill about?

A huge diaspora at stake