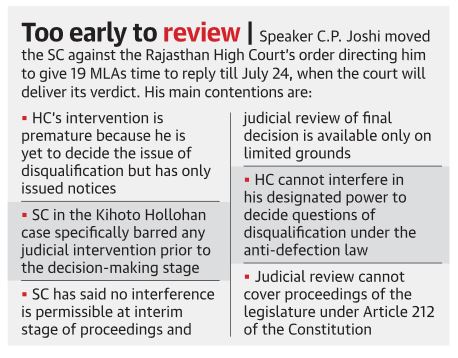 Q. “The anti-defection law works best as an insurance against violation of the people’s mandate for a party, but it cannot be made a tool to stifle all dissent.” Discuss.

Q.Which one of the following Schedules of the Constitution of India contains provisions regarding anti-defection? (CSP 2014)

What does the dissident MLAs have to say?

Explained: Anti-defection law and its evolution