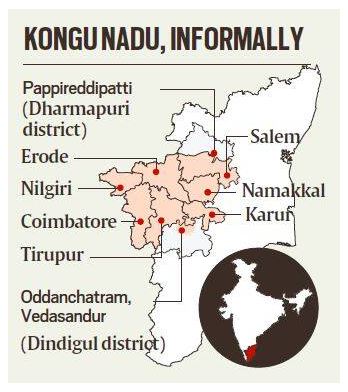 A list of new Union Cabinet ministers issued has triggered a debate in political circles in Tamil Nadu, as well as on social media, by referring to ‘Kongu Nadu’, the informal name for a region in the western part of the state.

Where is Kongu Nadu?

Is there any ground for the allegations about a planned bifurcation?