The Union Cabinet has approved a proposal to conduct Census 2021 and update the National Population Register (NPR). While the Census will be conducted in 2021, the NPR update will take place from April to September 2020 in all the States/UTs except Assam.

This has sparked debate another debate about privacy. The NPR intends to collect many details of personal data on residents.

What is the National Population Register (NPR)?

What is the meaning of usual resident?

What is the Census?

What is the difference between NPR and NRC? 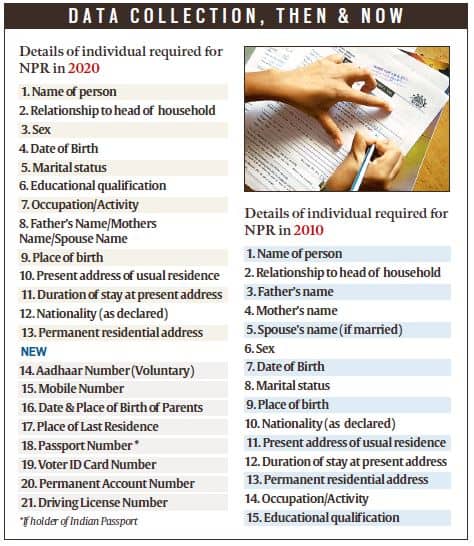 What is the link between NPR and NRC?

Issues with the states