Prelims level : Critical passes and valleys along the international borders

In the first major breakthrough in talks China’s Defence Ministry that PLA and Indian troops on the southern and northern shores of Pangong Tso began synchronized and organized disengagement.

This newscard presents a holistic report on the ground situation of Sino-India border disputes in Ladakh.

Q.Siachen Glacier is situated to the

(a) East of Aksai Chin 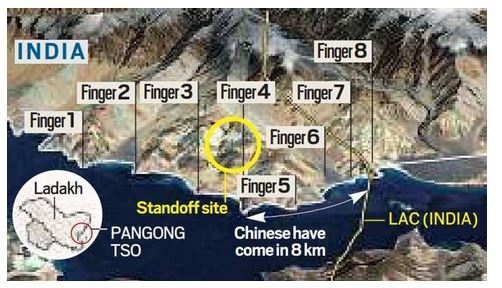 Take a glimpse of all friction points along Indian borders: 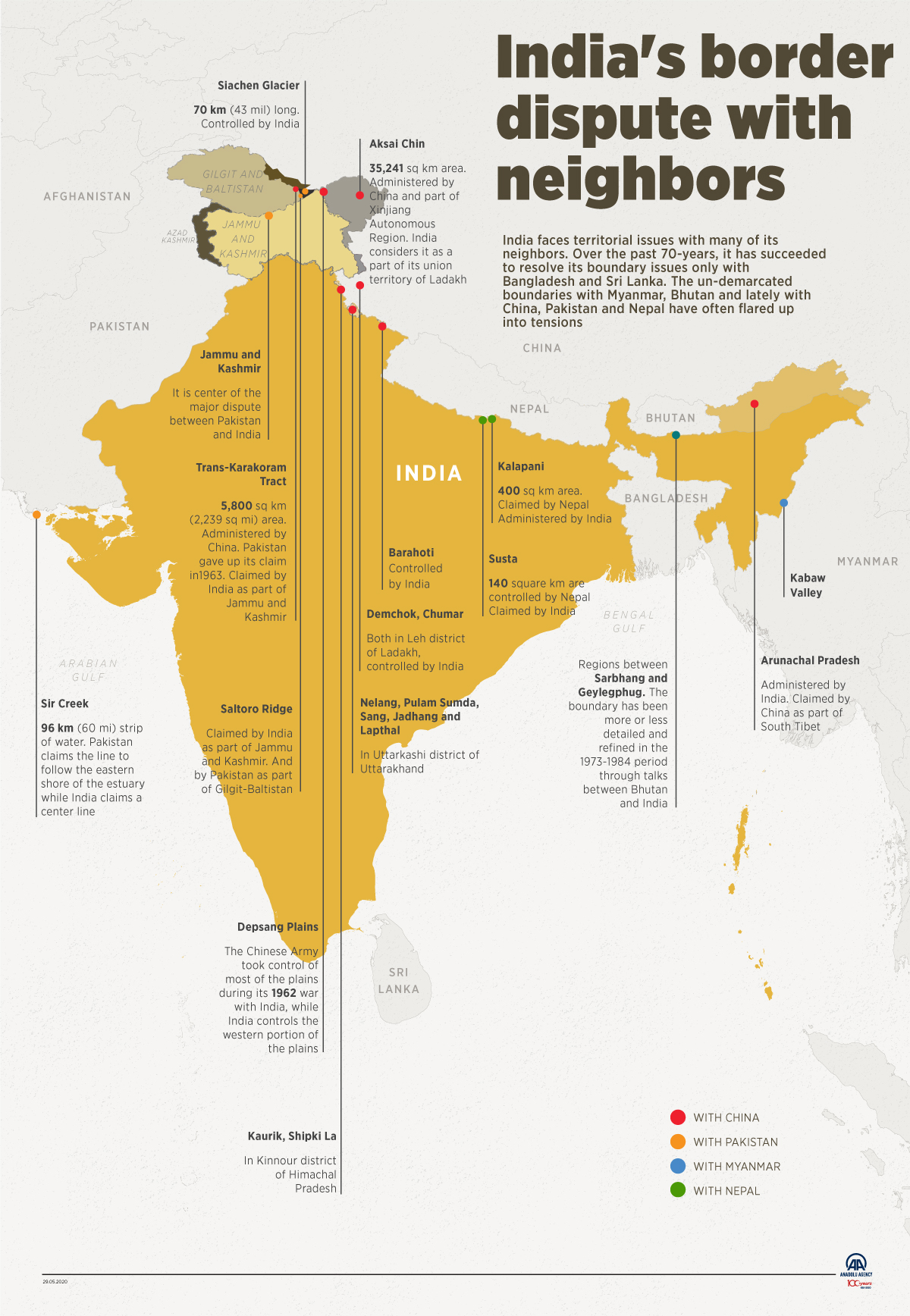 India is at an advantage

Why has this taken so long?

In military and diplomatic discussions with China India expects a solution to the issue on the basis of three principles:

Does this mean that the standoff is resolved?