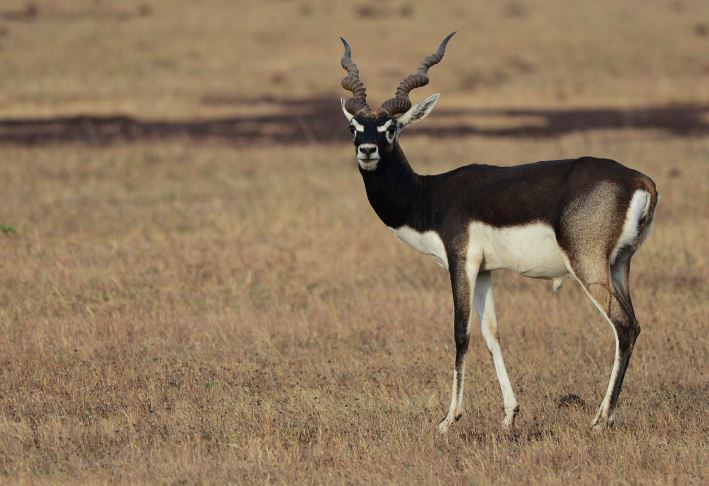 Odisha’s blackbuck population has doubled in the last six years, according to figures from the latest population census.

Reasons for their rise

Q.With reference to ‘Eco-Sensitive Zones’, which of the following statements is/are correct?

The International Union for Conservation of Nature (IUCN) Red List had changed the status of the blackbuck three times in the past three decades. From Vulnerable in 1994-96, the status of the antelope has been changed to Near Threatened (NT) (2003-08) and to Least Concerned (LC) after that till today.

ESZ is notified under Section 3 of the Environment (Protection) Act, 1986 by the Union Ministry of Environment and Forest.