Mains level : Debate over suitablity of women in combat roles of Indian Army 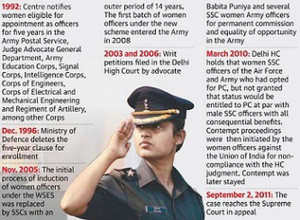 Women in Army: Background of the case

Arguments by the govt.

Implications of the judgement