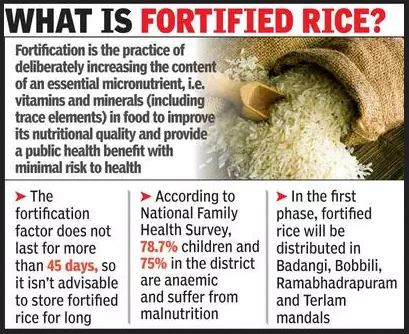 PM in his I-day speech has announced the fortification of rice distributed under various government schemes, including the Public Distribution System (PDS) and mid-day meals in schools, by 2024.

What is Fortified Rice?

What is the plan announced by the PM?

The Food Safety and Standards Authority of India (FSSAI) sets standards for food items in the country.

The scheme aims to: