On September 19, the Ministry of Home Affairs (MHA) notified the rules governing The Criminal Procedure (Identification) Act, 2022. The Act was passed in March by the Parliament. 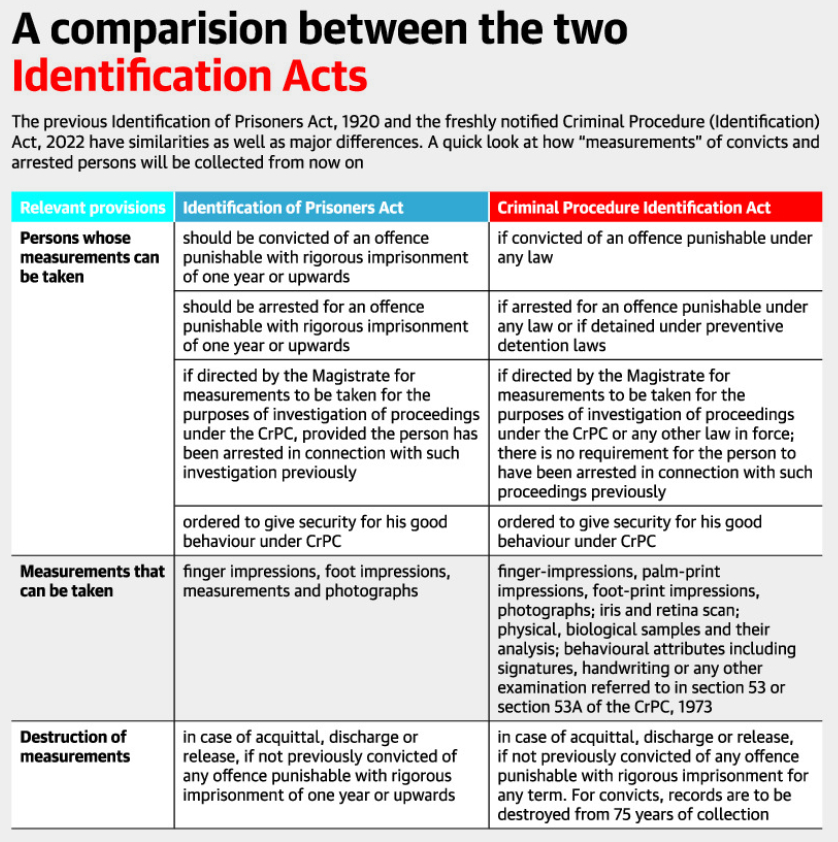 What is the Criminal Procedure (Identification) Act, 2022?

Ans. It is about critical measurements of Criminals.

What is the use of identification details in criminal trials?

What was the previous Identification of Prisoners Act, 1920 about?

What was the need to replace this Act?

What are the main highlights and differences in both the legislations?

What are some of the concerns with the present legislation?

(2) A probable police state in making

(4) Period of storage of data