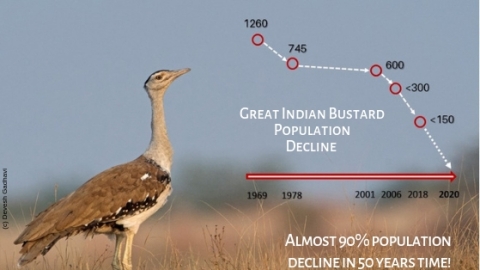 Since June last year, nine GIB eggs collected from the Desert National Park in Jaisalmer where a conservation centre has been set up, have hatched, and the chicks are reported to be doing well.

I. General threats to GIB