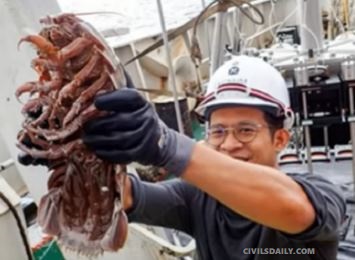 A team of researchers has discovered a supergiant cockroach when they explored waters of the Indian Ocean in Bantan, off the southern coast of West Java in Indonesia.

Q.The ‘Bathynomus Raksasa’, a species recently discovered is basically a:

Why this cockroach matters?