PM has said that fuel prices were too high in some States ruled by other parties and they were not passing on the benefits of the Centre’s excise duty cut to the people.

Why are states reluctant? 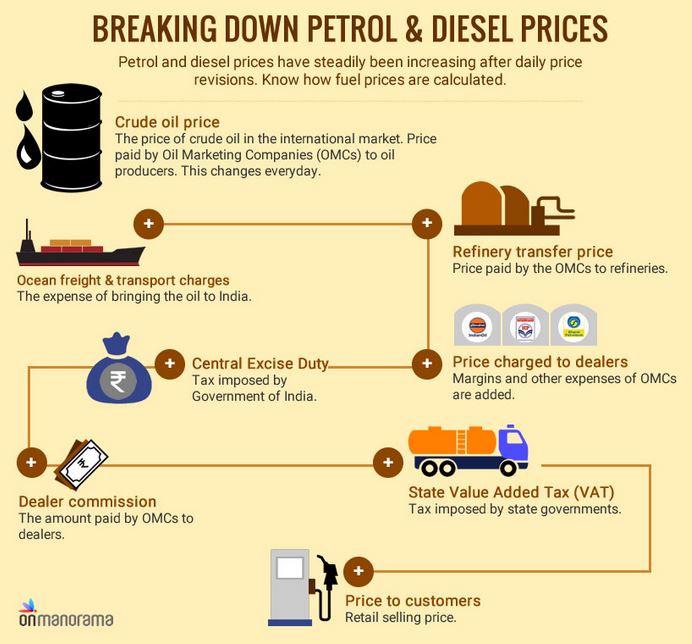 What is Excise Duty?

Types of excise duty in India

Before GST, there were three kinds of excise duties in India.