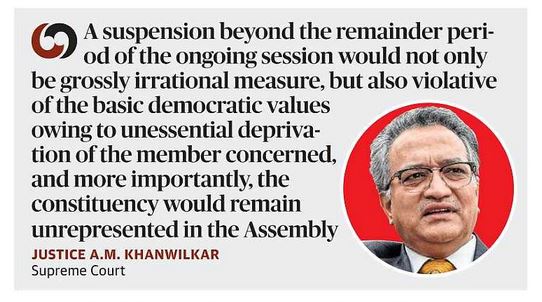 The Supreme Court has set aside the one-year suspension of 12 MLAs from the Maharashtra Legislative Assembly.

What was the case?

What did the judgment observe?

What did the court say about members being suspended beyond an ongoing session?

(E) Immunity of the state legislature

Legal basis of the Judgment

Ans. The bench referred to Article 190 (4) of the Constitution

What was the Assembly’s response to the judicial enquiry?

Why was this suspension controversial?