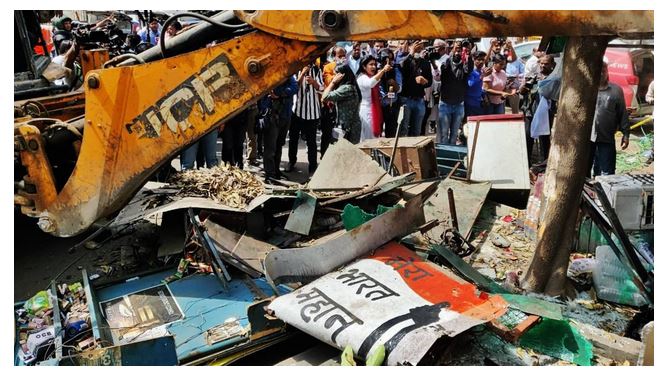 A 37-year-old Constitution Bench judgment of the Supreme Court which held that pavement dwellers are different from trespassers. This may become a game-changer in the Jahangirpuri case.

What is the Olga Tellis judgment?

Key takeaways of the Judgment

What led to the judgment?

What were the questions discussed before the Supreme Court?

What was the State government’s defence?

How did the Supreme Court rule?