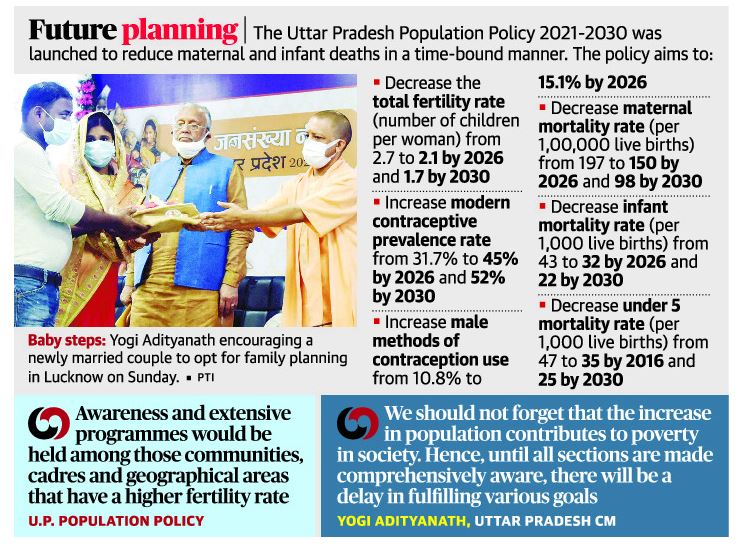 On World Population Day, Uttar Pradesh CM has released the state’s new population policy, which aims to reduce its growth rate to 2.1 per cent over the next 10 years.

[A] Contraception and Abortion

Who will not benefit from the law?

How will the state implement measures?