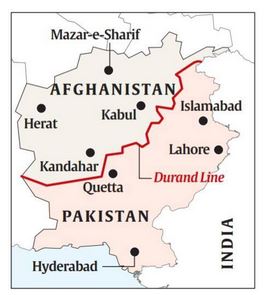 With the Taliban’s seize of Kabul, a huge exodus of Afghan refugees and asylum seekers is outpouring into Pakistan along the Durand Line.

Pakistani support against the Pashtuns

kirkuk and mosul is in iraq, so the answer will be [b]