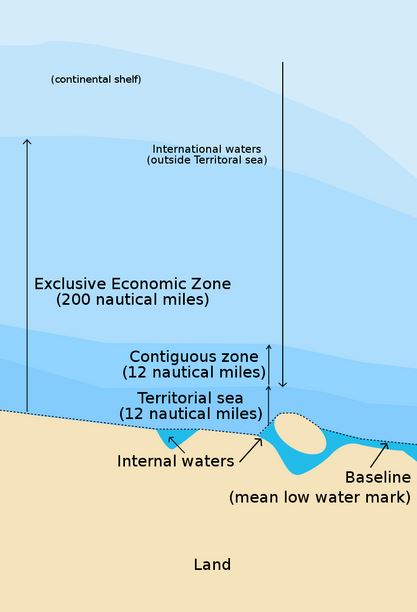 The Tamil Nadu police have issued an alert on the possibility of an attack on fishermen crossing the International Maritime Boundary Line (IMBL) for fishing in Sri Lankan waters.

The delineation of maritime boundaries has strategic, economic, and environmental implications.

Maritime spaces can be divided into the following groups based on their legal status:

Note: While many maritime spaces can be classified as belonging to the same group, this does not imply that they all have the same legal regime. International straits and canals have their own legal status as well.

The zones of maritime boundaries are expressed in concentric limits surrounding coastal and feature baselines. 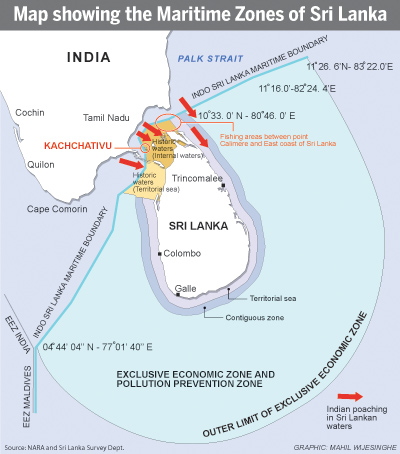