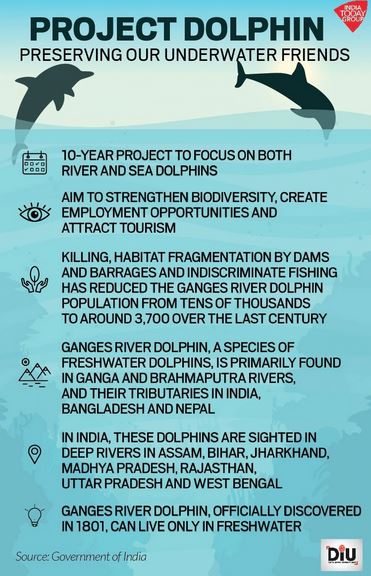 In his Independence Day Speech this year, PM has announced the government’s plan to launch a Project Dolphin. The proposed project is aimed at saving both river and marine dolphins.

Why is it important to save dolphins?

What has been done to save Gangetic dolphins so far?