Mains level : Solar minima and maxima, its impact on space weather and earth

The sun is said to have gone into a state called the ‘solar minimum’ and is about to enter the deepest period of ‘sunshine recession’ as sunspots are virtually not visibly at all. 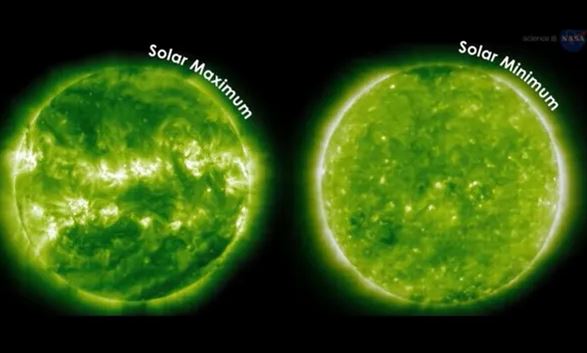 Q. What are Solar minima and maxima? Discuss its impact on space weather and the Earth.

What is a solar minimum and why is it happening now?

What about Solar Maximum?

What are its effects on Earth?

a) On space weather