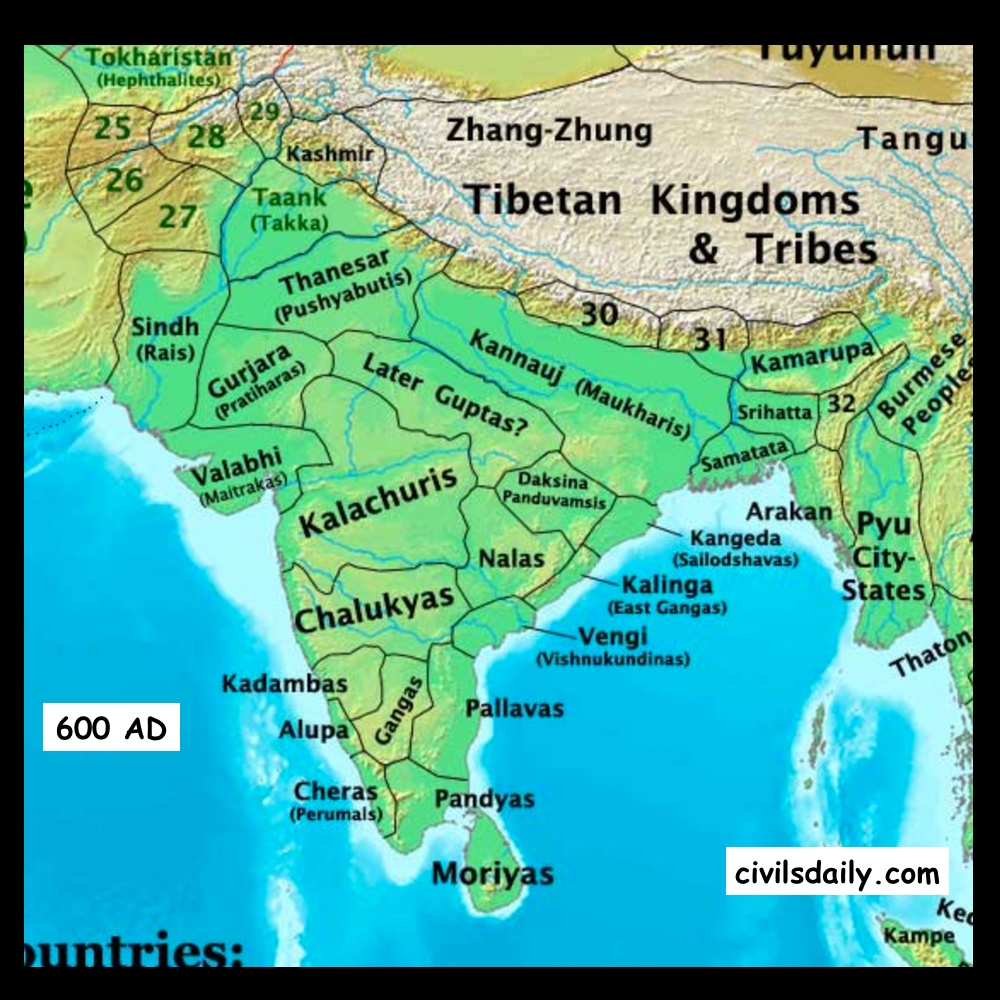 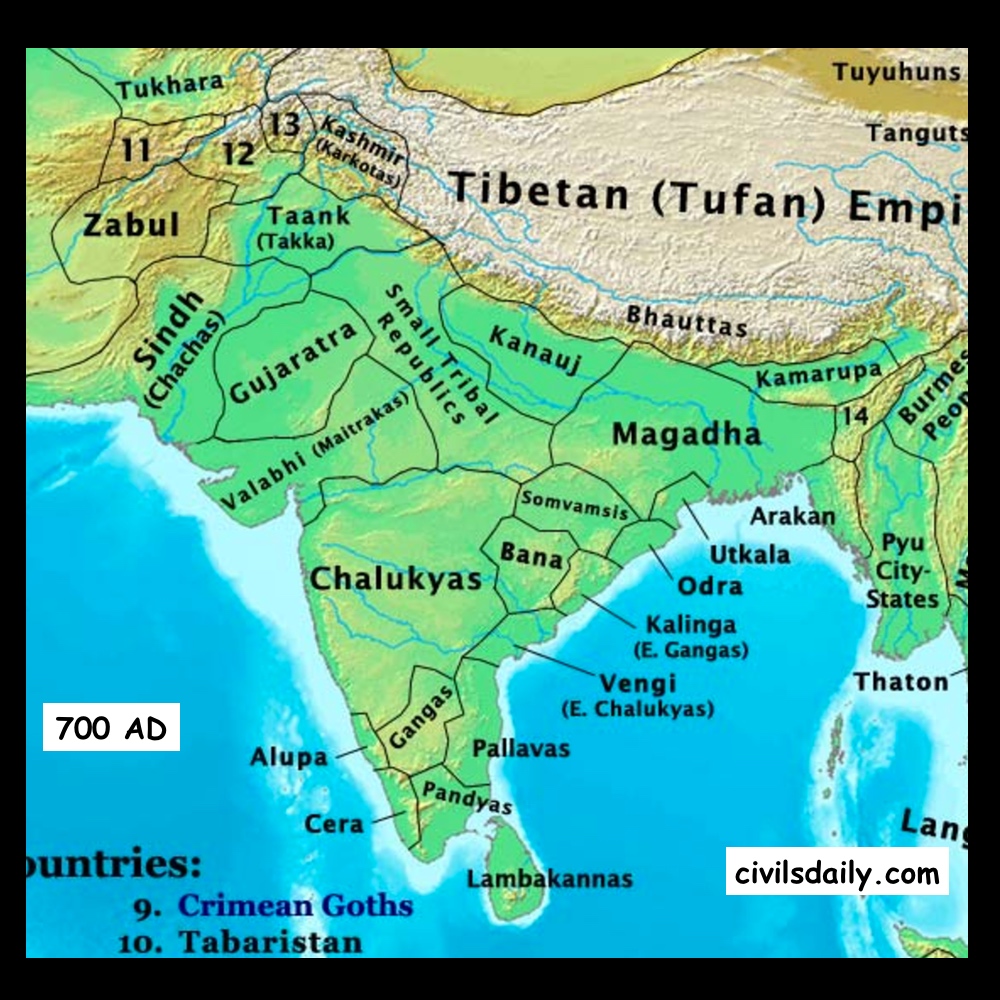 After the decline of Harsha’s empire, a number of large states rose in North India, Deccan and South India. Among these larges states were – the Palas, Pratiharas and the Rashtrakutas.

The political confusion created by the fall of Harshavardhana was resolved with the rise of Gurjara-Pratiharas in Central India and Palas in the East.

The Pala empire was founded by Gopala around 750 AD. They were majorly a power of Bihar but also ruled over Bengal.

The Pratiharas ruled from Kanauj and often clashed with the Palas and the Rashtrakutas giving rise to what is known as the ‘tripartite struggle’ .

The popularity of Brahmanical bhakti cult increased. Vaishnavism and Saivism rose to popularity due to sustained patronage from dynasties.

Hiuen Tsang and Ijing’s accounts testify the decline of Buddhism. However, Buddhism flourished in Eastern India under the Pala and Sena dynasties. Nalanda University and few other universities continued to prosper under their patronage.

The above sites were centers of Mahayana Buddhism. With the turn of millennium, new elements to existing Mahayana practices were introduced, namely complex and esoteric Tantric ideas and practices. One major outcome was growing visibility of female deities, particularly Tara in diverse forms. This introduced complex rituals often oriented to sexual practices.

A. Mahavira in Paharpur, Bengal(now Bangladesh) 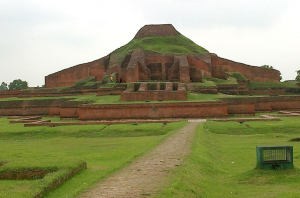 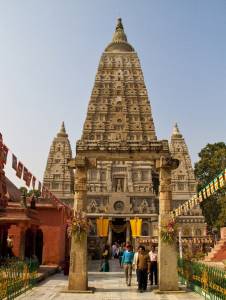 A. Sculptures – Pala School of sculpture 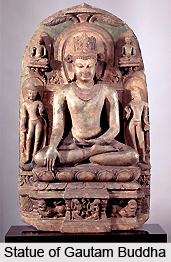 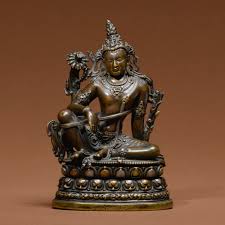 B. Paintings – Pala School of painting 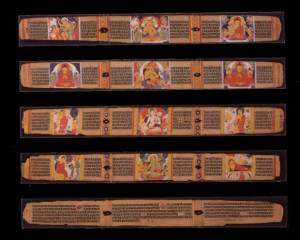 The Rashtrakutas dynasty was founded by Dantidurga in 754 AD with its capital in Malkhed, Maharastra. Their rule continued till the end of 10th Century.

This period saw the development of Kannada and Sanskrit. The trinity poets of this time – Pampa, Ranna and Ponna made immense contribution to Kannada.

Literary contributions were few under the Rashtrakutas.

The Rashtrakutas were tolerant in religious views and patronized Saivism, Vaishnavism and Jainism. The revival of Hinduism that began during the Guptas got a boost.

Though Jainism did not spread outside India like Buddhism, but continued to exist in Western India and Karnataka.

Even Muslim traders were allowed to settle and Islam was preached. Unfortunately Buddhism saw a decline.

The vesara style reached its culmination under the Rashtrakutas. Deccan architecture shows the hybridization of Nagara and Dravidian style ie. Vesara style. These 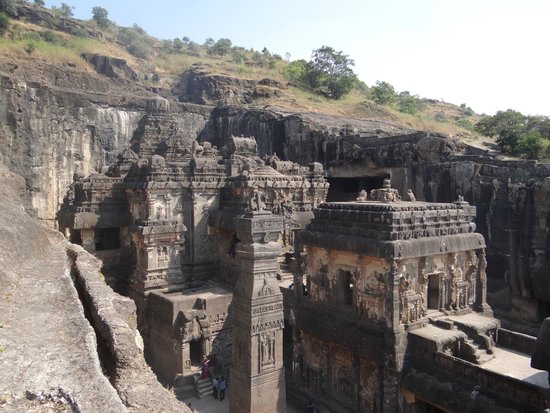 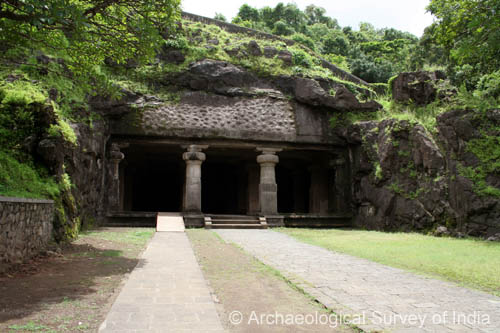 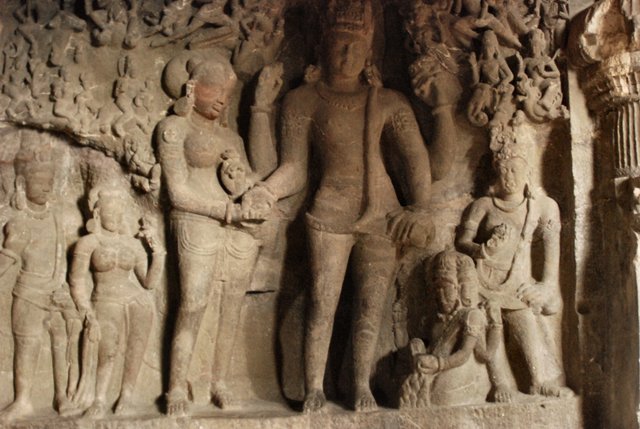 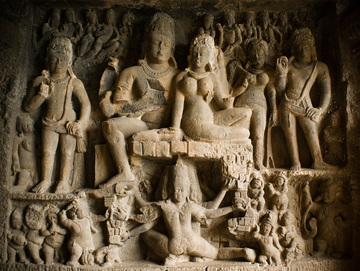 3. The Dashavatara Cave – illustrate ten incarnations of Vishnu. One being Vishnu rescuing Bhoodevi. 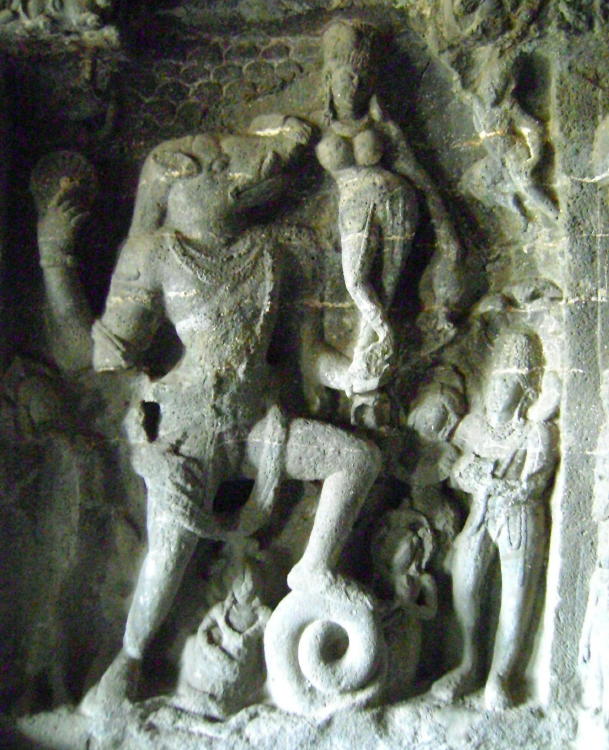 Other than these, Ramayana theme is well depicted in this temple. 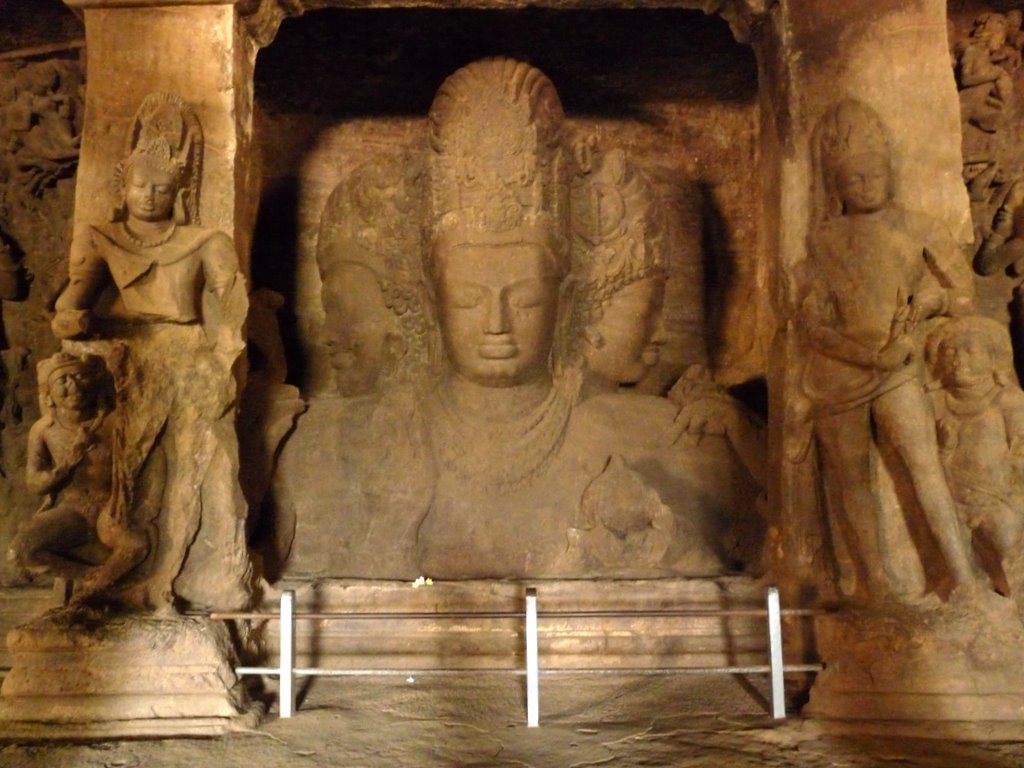 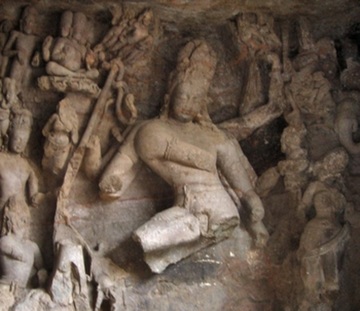 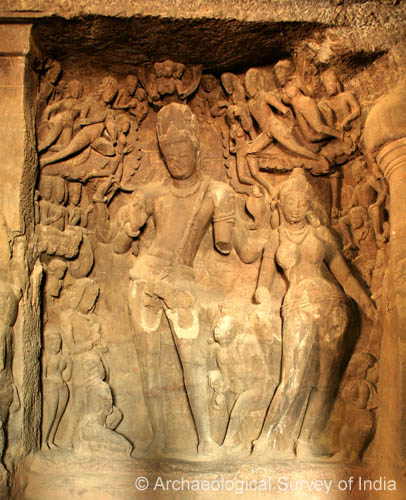 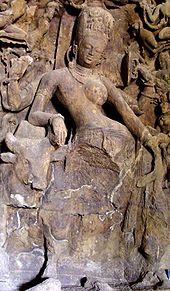 Other than the above, Wedding of Shiva, Shiva slaying Andhaka and Yogisvara are other important scultures.

South India witnessed the weakening of the mighty Pallavas giving way to the imperial Chola Empire. Few significant works of art and architecture are as follows 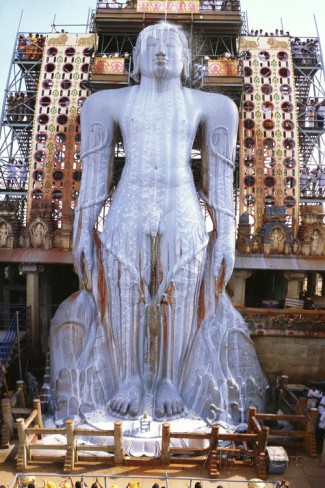