The bill is submitted by the Justice B N Srikrishna headed panel which has suggested measures to be taken in order to protect personal information of Indian citizens. The introduction should explain such things in short by mentioning about roles, duties of data processors and the rights of individuals and also about the penalties.

Further, mention about the need of data protection law. There is no separate law till now, required for the efficient management of data, information privacy requires data protection, right to privacy no a FR, protection from unauthorised leaks, hacking, cyber crimes and frauds etc. because economic cost of data leak/lost is high. Etc.

Next, mention about the key provisions of the bill. Takes into account three aspects of data protection: the citizens, the state and the industry.

Next, mention what are the positive benefits of the bill.

Next, talk about issues related to the draft bill and its provisions and suggest how it can be improved and conclude.

The draft personal data protection Bill 2018 was submitted by the Justice B.N. Srikrishna-headed expert panel. The committee has suggested measures to be taken when it comes to protecting personal information of Indian citizens, the role and duties of data processors, and the rights of individuals. The report also talks about the penalties that should be imposed for violation of these data protection measures.

Key Provisions of the Bill:

Positives of the bill:

Issues with the draft bill:

How to Improve It: 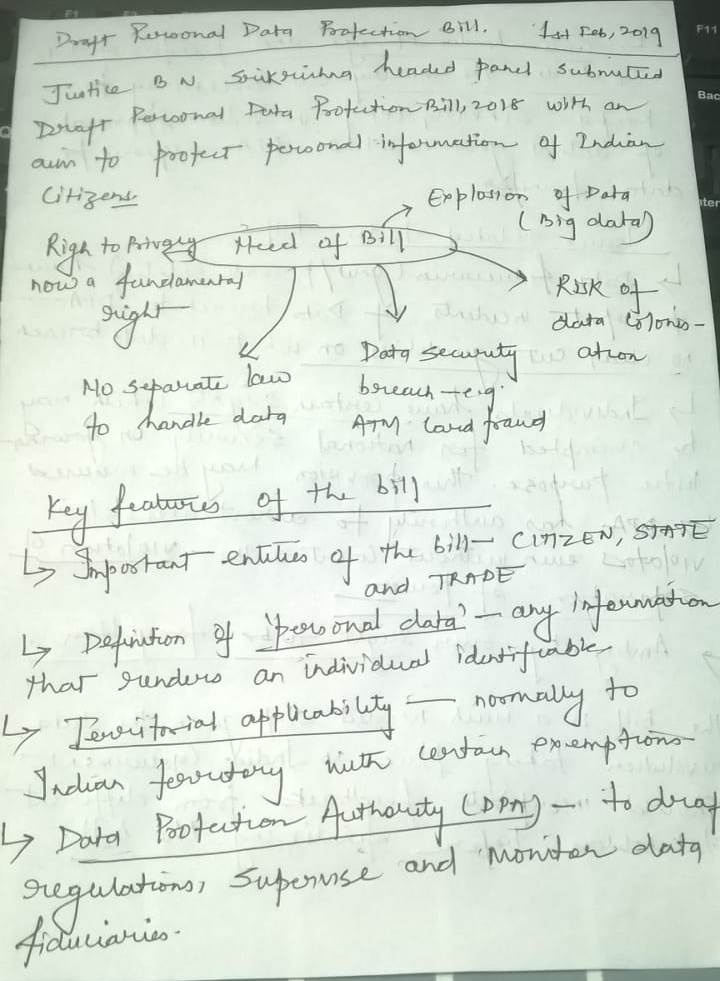 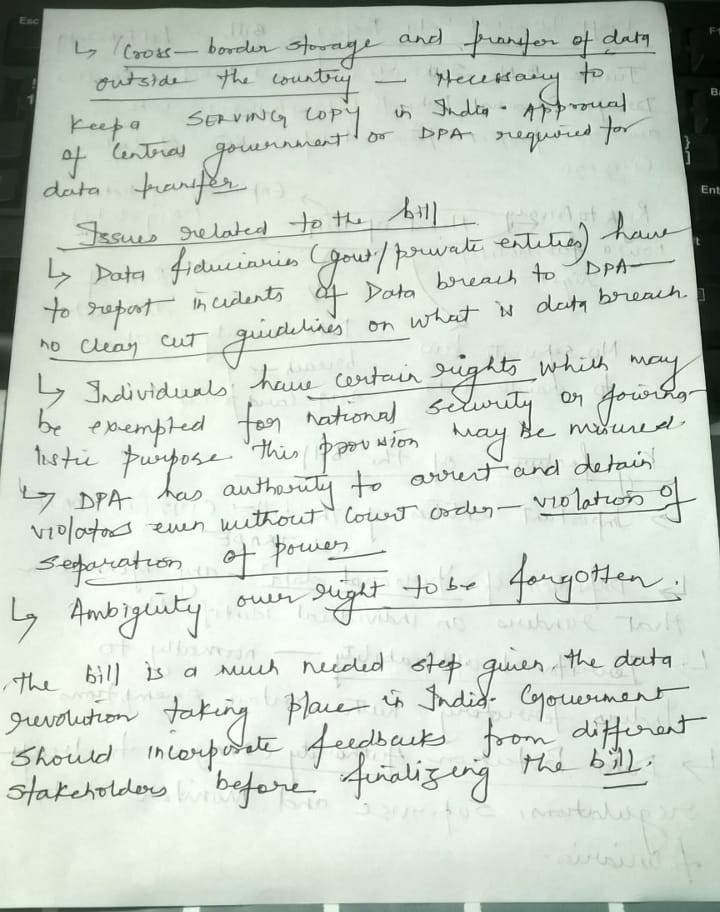 Hi Avnish,
-Introductory line seems okay, but contains very limited idea…Also the diagram does not suit here as the intro should be in para only. If you have given diagram, pls ensure that you are explaining the same in paragraph.
-Under features point 3 need need more clarity…as it seems incomplete…
-Point 4 …you have mentioned about DPA…what is it…while using abbreviations pls ensure that you have mentioned it’s full form earlier…
-The concluding line…data revolution is not only in India, it’s a world wide phenomena…also the example of Facebook data breach will be more suitable here…
-Conclusion could have been much better and more comprehensive…
Though nice attempt…have brought good points, some of the points just need clarity….the rest is good…
Good approach, keep writing…