Political situation became complex with the passing away of the Guptas and the demise of the Vakataka rulers. Vassals of the Guptas became independent in the North.

In the Deccan and far South too multiplicity of powers was witnessed.

The fall of the Gupta rulers paved the way for domination of the Later Guptas, Maukharis and Pushyabhutis in the North. Harsha, though a Pushyabhuti ruler of Thaneswar ruled from Kanauj, which was originally the seat of Maukharis, with whom he contracted a marriage alliance. Harsha is celebrated as last ‘Hindu’ ruler in the North post the Gupta era.

All religions were patronized under Harshavardhana’s reign. He was a Shaivite, but later Hiuen Tsang converted him to Mahayana Buddhism.

Hiuen Tsang who visited Harshavardhana’s empire noted Buddhism was declining in India while Brahmanism was on rise.

The art and architectural contributions of Harsha’s period are very few and mostly followed the Guptas. Harshavardhana’s realm is associated with construction of numerous stupas and monasteries. Harsha patronised the Nalanda University by his liberal endowments.

The brick temple of Lakshmana at Sirpur with its rich architecture is assigned to the period of Harsha. 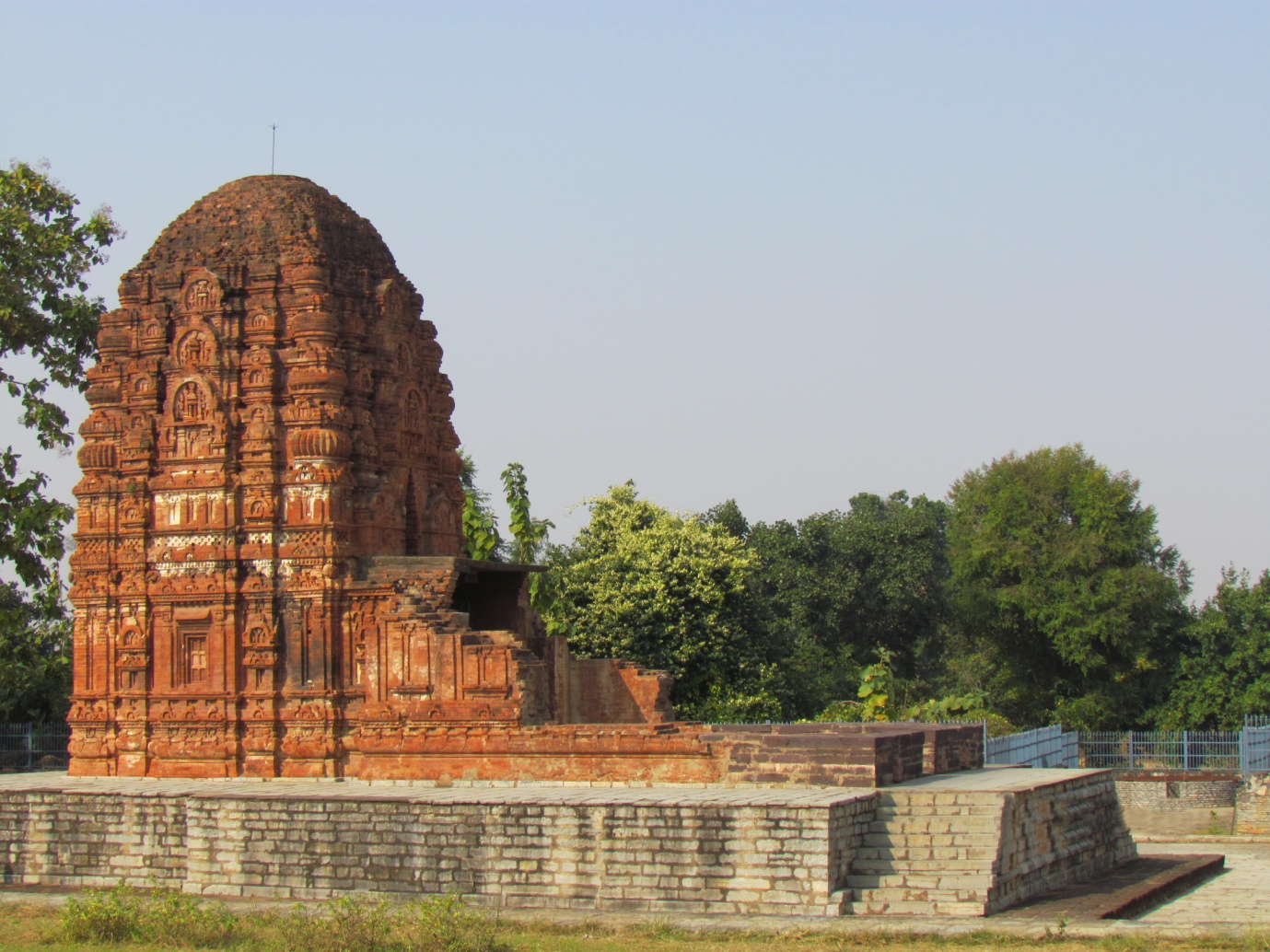 The late sixth century is marked by rise of Badami Chalukyas around the North Eastern part of Karnataka. The empire was founded by Pulakesin I. Pulakesin II (610 – 642 AD ) is considered the greatest ruler of the house.

Chalukyans were both Vaishanavas and Shaivites but had a greater inclination towards Vaishnavism and Jainism. Nonetheless, they patronized all religions.

Cave temple architecture was also famous under the Chalukyas. Their cave temples are found in Ajanta, Ellora and Nasik.

Chalukyan temples are found in 3 places – Badami, Aihole and Pattadakal. 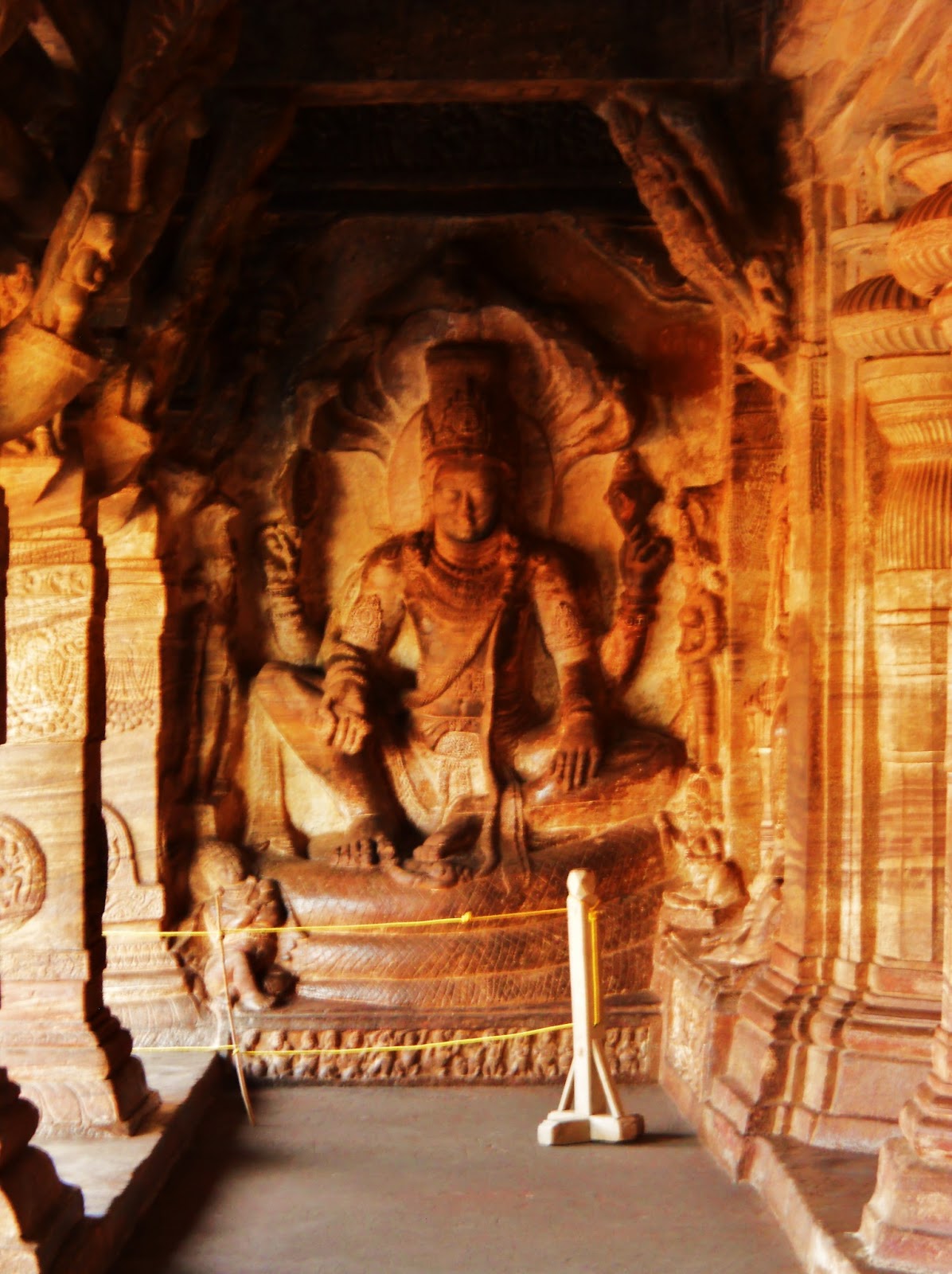 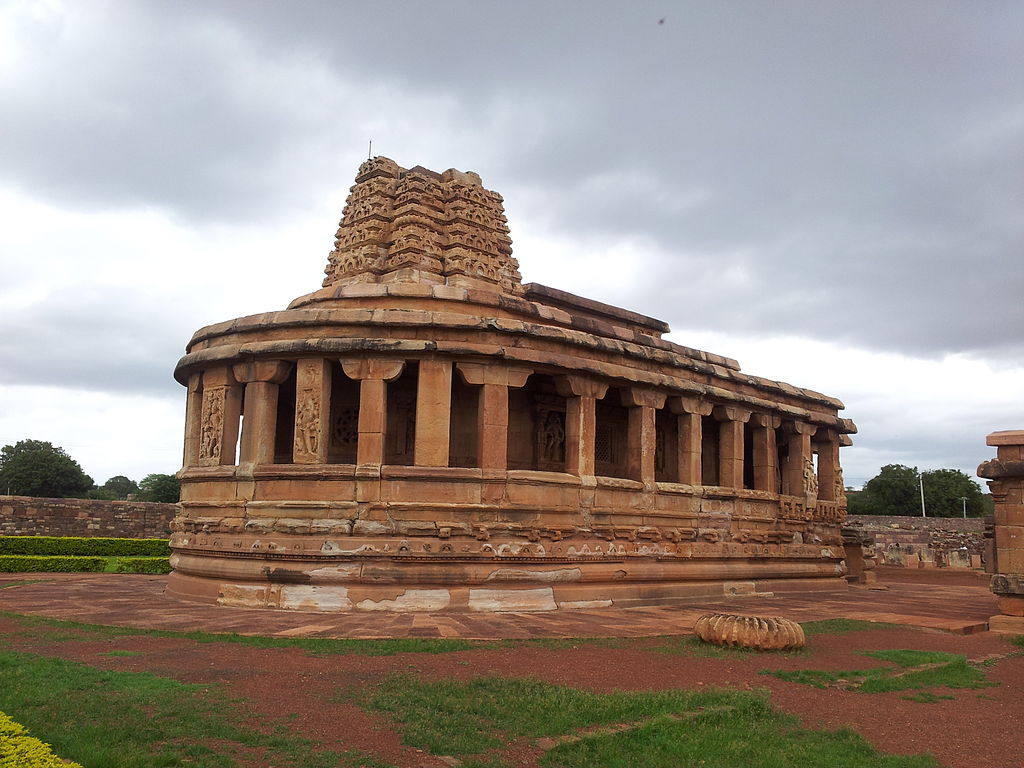 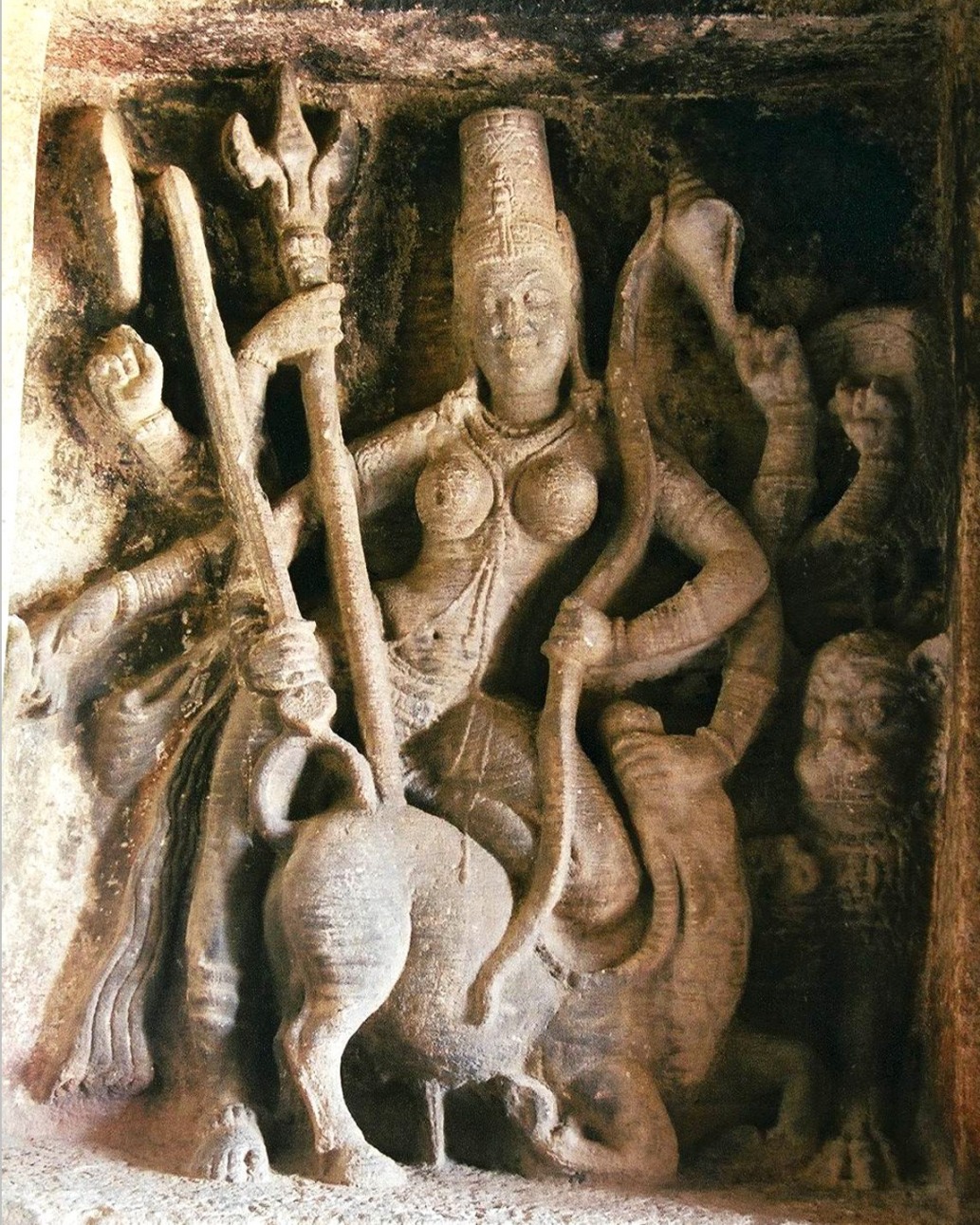 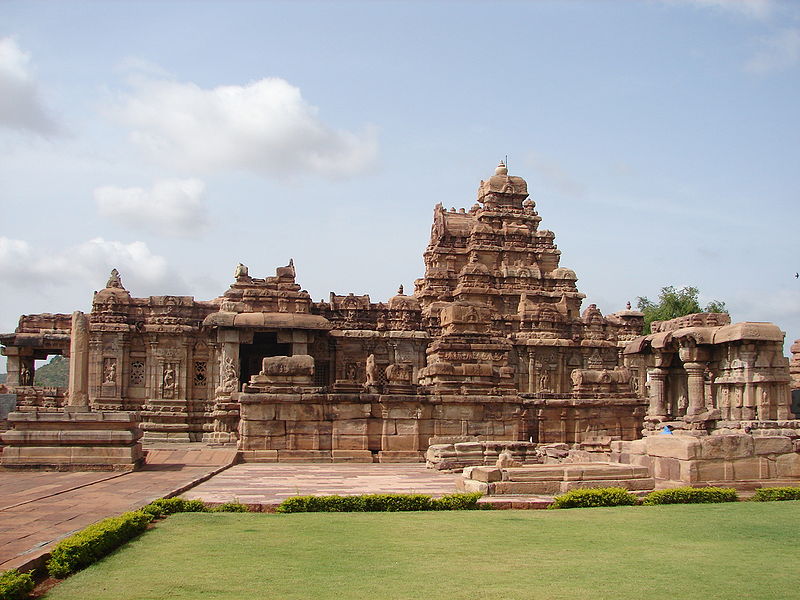 The Pallavas were feudatories of the Satavahanas. After the fall of the Satavahanas in third century AD, they became independent. They ruled in the Tondaimandalam area with Kachipuram as their capital. The 7th Century marked the rise of great rulers like Mahendravarman, Narasimhavarman I and Rajasimha. The Pallava rule reached its zenith under these rulers.

The Tamil society witnessed a great change during the Pallava period.

The Brahmins occupied a high place in the society. Brahmanism and Brahmins were patronized by the rulers. The Pallava period witnessed the rise of Saivism and Vaishnavism.

B. Buddhism and Jainism

Increased patronage to Hinduism and revival by Bhakti movement led to decline of Buddhism and Jainism.

This era is significant for temple building activities as the Dravidian style of temple architecture began. The Pallavas introduced the art of excavating temples out of rocks. We see a gradual evolution starting from the cave temples to monolithic rathas which culminated in structural temples. The development of temple architecture under the Pallavas can be seen in 4 stages.

This stage sees the development of Pallava rock-cut temples under Mahendravarman I. They were built in many places. The most important among them are Pallavaram, Mamandur, Mahendravadi, Vallam and Thalavanur. 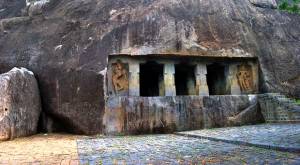 The second stage of Pallava architecture is represented by the monolithic rathas and mandapas found at Mamallapuram (Mahabalipuram). The name ‘Mammalapuram’ is derived from Narshimahavarman’s name ‘Mamalla’ which means the ‘great wrestler’.

The mandapas contain beautiful sculptures on its walls. The most popular of these mandapas are Varaha Madapam, Mahishasuramardhini Mandapa, Tirumurthi Mandapam and the Panchpandava Caves. 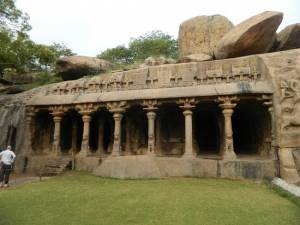 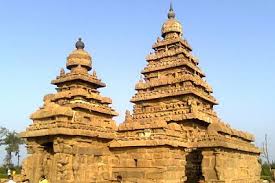 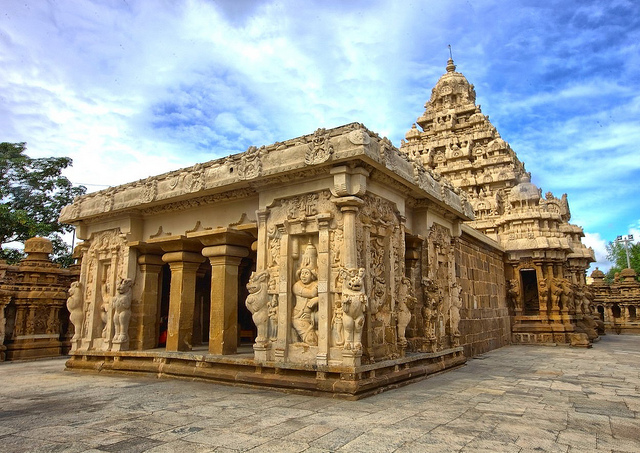 The last stage of the Pallava art is also represented by structural temples built by the later Pallavas. The Vaikundaperumal temple and Muktheeswara temple at Kanchipuram belong to this stage of architecture. 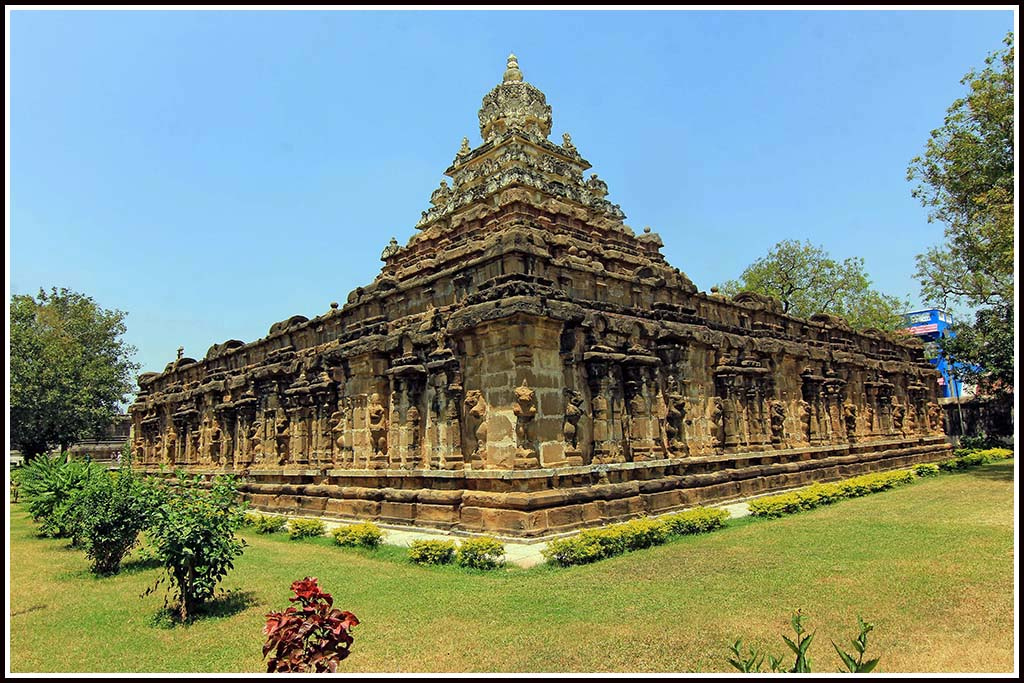 The Pallavas had also contributed to the development of sculpture. Apart from the sculptures found in temples, an ‘Open Art Gallery’ at Mamallpuram remains an important monument.

The Descent of the Ganga or Arjun’s penance remains the most important sculpture.

The Sittannavasal jain paintings belonged to the period of Pallavas.