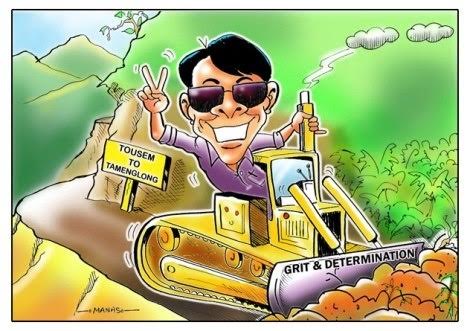 He is a harbinger of change and has brought joy to the people of Tousem, a Manipur subdivision considered one of India’s most backward, by giving them what they needed most — a motorable road that connects them to the outside world.

Wouldn’t you want to know about him!

He is the first IAS officer from Zeme Tribe of the Naga Peoples.

He graduated from St.Stephens College, DU.

He is acclaimed for building a 100 km road famously known as the “Peoples’ Road“.

The road connects Tousem with the rest of Manipur, as also with Assam and Nagaland. 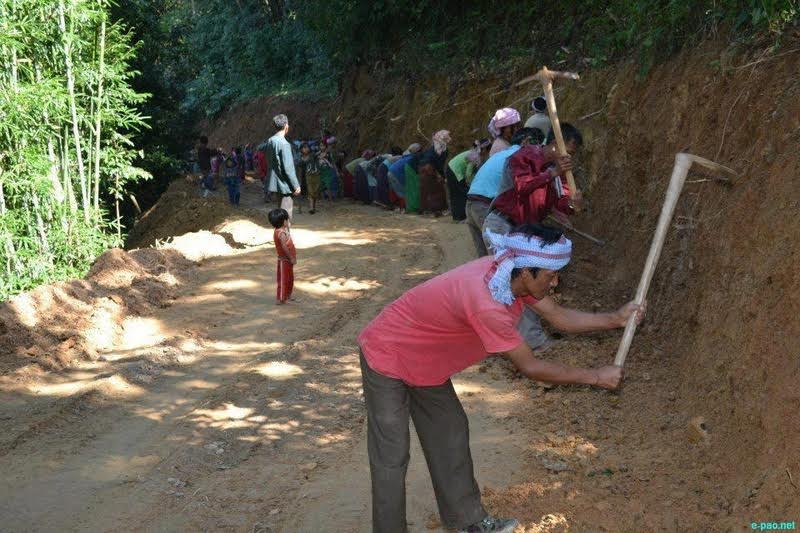 Why take so much trouble?

Pame recounted the incident that led him to launch the 100-km road: “In 2012, I became SDM of Tousem. I travelled to many villages and saw how people were carrying sacks of rice on their backs, walking for hours, and patients being taken on makeshift bamboo stretchers due to the non-availability of motorable roads. When I asked villagers what they wanted me to do for them, their only wish was for a road.”

He was moved by the plight of people when he saw how they had to trudge for five hours by first crossing a river and then a stretch that can by no stretch of imagination be called a road to reach Tamenglong just 50 km away.

Hear it in the voice of ‘The Miracle Man’ himself!

The fund raising… no government help…

In August 2012, he raised INR40 Lakh for this purpose through Facebook page.

Mr. Pame said he asked the government for funds to build the road but his proposal was turned down due to paucity of resources. But he was really moved by the plight of people; so he decided to raise the funds on his own in August 2012 through Facebook.

Charity must begin from home; so he put in Rs. 5 lakh and his brother, who teaches in the Delhi University, donated Rs.1 lakh. Even his mother paid his dad’s one month’s pension of Rs. 5,000.

He recalls, “One night I got a call from a person in the U.S. who wanted to donate $2,500 for the road. The next day a Sikh gentleman living in New York said he would give $3,000. And after the media reported about this effort, we never looked back”.

In a short span of time, Rs. 40 lakh was raised for the road.

For his efforts in building road with donation and volunteers he was invited to Facebook headquarters in California.

In 2012, he was nominated for CNN-IBN Indian of the Year in Public service category.

But was 40 lakhs enough?

Since Rs. 40 lakh was not a huge amount for building a road, he convinced local contractors to give earth movers and road-rollers for free.

Enthused by the way Mr. Pame was able to put together the resources, the residents of Tousem volunteered to build the road — thus saving labour costs.

In an interview he said: For me the most touching part was the day when I came to see the work, about 250 people including more than 100 women folk came with spades and tools to work in the road. I asked them “What are they doing?” They replied “It is our road we are doing it with you Sir.” I was speechless.

He says, “Sometimes I still cannot believe that we have done it. It’s a miracle. I don’t know whether I can do it again.”

“I was called crazy, but I was determined.”

His message to the youth