On the basis of prominent relief features, the peninsular plateau can be divided into three broad groups:

Let’s take up these divisions one by one:

Hill ranges of the peninsula:

Most of the hills in the peninsular region are of the relict type (residual hills). They are the remnants of the hills and horsts formed many million years ago (horst: uplifted block; graben: subsided block).

The plateaus of the Peninsular region are separated from one another by these hill ranges and various river valleys.

Note: The Western Ghats are continuous and can be crossed through passes only. There are four main passes which have developed in the Western Ghats. These are:

For the geographical location of these passes, see the following map:

Significance of the Peninsular Region:

Question: Which one of the following mountain ranges is spread over only one state in India?

Question: Consider the map given below: 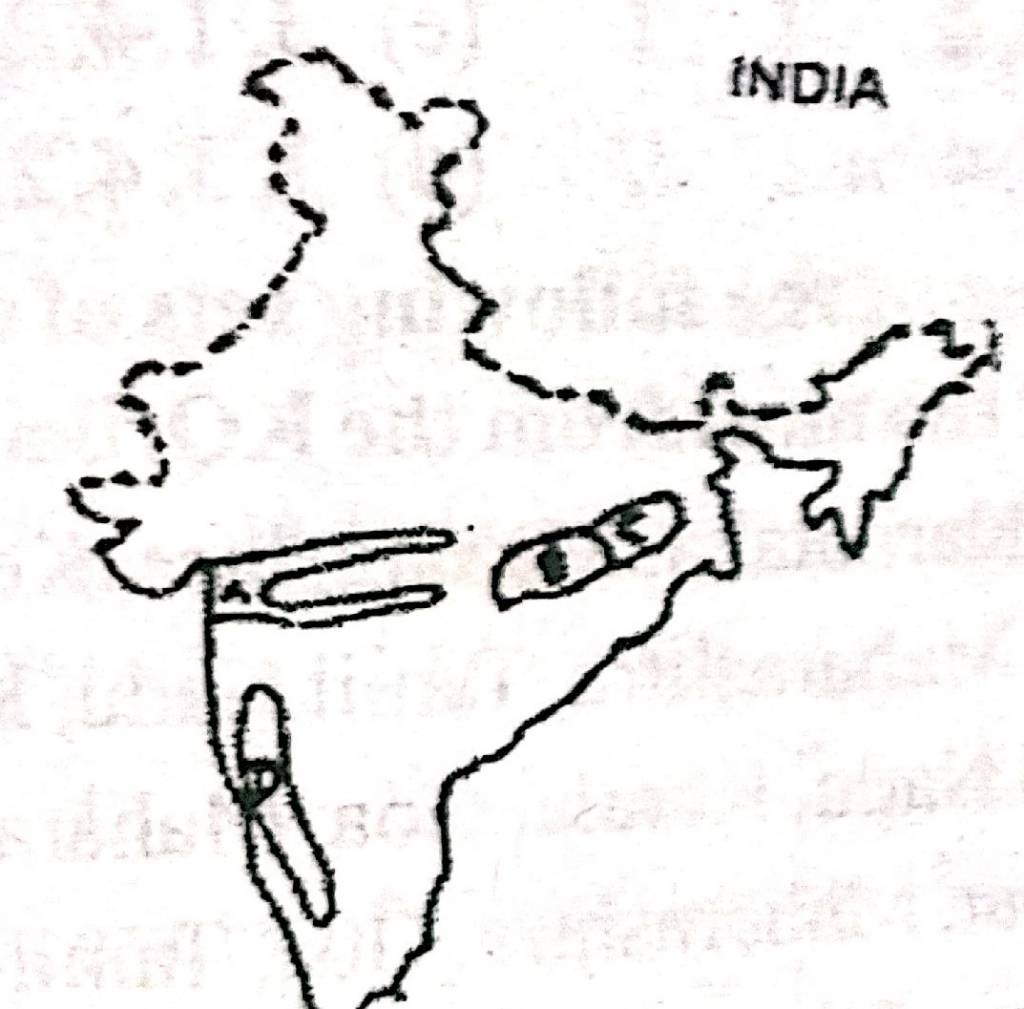 The places marked A,B, C, and D in the map are respectively

Question: Which one of the following statements is not correct?

A) The Western Ghats are relatively higher in their northern regions.

B) The Anaimudi is the highest peak in the Western Ghats

C) Tapi river lies to the south of Satpura

D) The Narmada and the Tapi river valleys are said to be old rift valleys.

Question: Which one of the following is the correct sequence of the given hills starting from the north and going towards the south?

Question: In which state is the Guru Shikhar peak located?