By the end of December (22nd December), the sun shines vertically over the Tropic of Capricorn in the southern hemisphere. So, India which is located in the northern hemisphere experiences low temperatures. January and February are the coldest months over most parts of the country.

The isotherm of 20°C runs roughly parallel to the Tropic of Cancer. 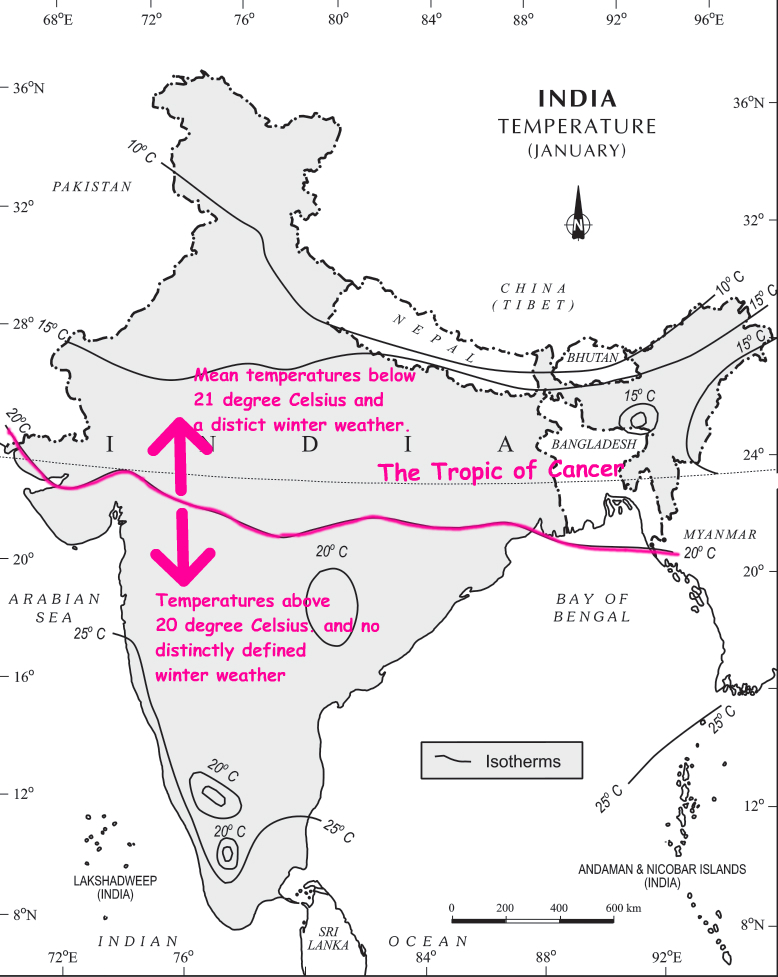 There are three main reasons for the excessive cold in north India during this season:

The Peninsular region of India, however, does not have any well-defined cold weather season. There is hardly any seasonal change in the distribution pattern of the temperature in coastal areas because of:

Distribution of air pressure and winds on the surface of the earth:

In winter months, the weather conditions over India are generally influenced by the distribution of pressure in the Central and Western Asia.

Higher up in the atmosphere, a different pattern of air circulation is observed during the winter months:

During the winters, the weather in India is pleasant. The pleasant weather conditions, however, at intervals, get disturbed by shallow cyclonic depressions originating over the east Mediterranean Sea.

The western disturbances result in:

The precipitation goes on decreasing from west to east in the plains and from north to south in the mountains.

Note: The term western disturbance is generally applied to all disturbances which come from the West, even when a “low” may not be seen on the synoptic charts.