Genetic Engineering concepts, specially their applications highlight the practical implications of Biotechnology. Hence, they become the most important area for UPSC. Students are expected to be thorough with it.

Genetic Engineering is an overarching term referring to modification of an organism’s genome. Here is a summary video outlining important techniques and applications which you might find interesting.

The techniques of genetic engineering include the creation of recombinant DNA, use of gene cloning and gene transfer.

3.isolation of a desired DNA fragment,

4.ligation of the DNA fragment into a vector,

5.transferring the recombinant DNA into the host,

6.culturing the host cells in a medium at large scale and extraction of the desired product.

It is the creation of a genetic copy of a sequence of DNA or of the entire genome of an organism. 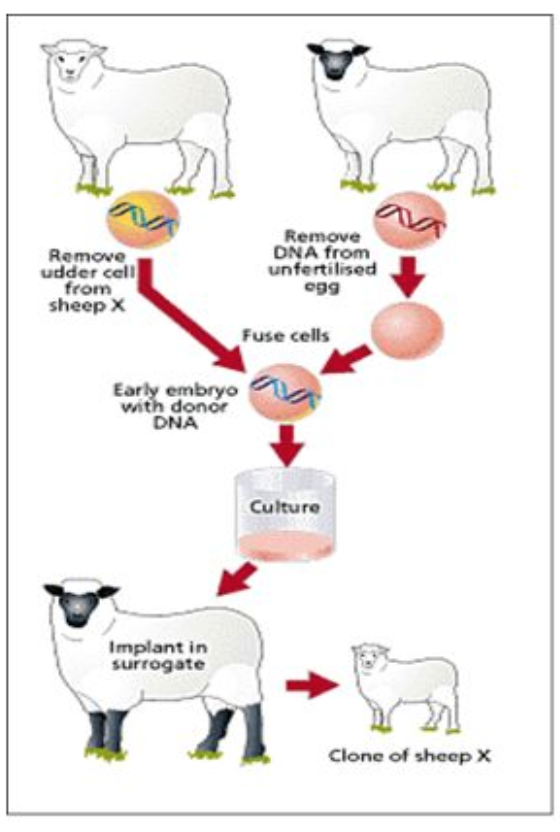 Summing up the similarities and differences

Certain genes in a cell may be defective and could cause undesirable traits. The process of regulation or suppression of such genes is called Gene Silencing.

RNA Interference(RNAi) and Antisense Technology are two common processes by which this is achieved. More details are not required.

Gene splicing is the process of chemically cutting DNA in one organism and inserting it into the DNA strand of a vector, usually a plasmid. The DNA is cut using special chemicals called restriction enzymes. Through this technique, microorganisms are genetically engineered. Gene splicing primarily involves the following steps

1.Cutting of DNA or genes from the donor cell.

2.Transportation of the cut or desired DNA

Three-parent babies have repeatedly remained in news. The world’s first three-parent baby was born in 2016 in Mexico to Jordanian parents.

In 2017, UK became the first country to give licenses to use this technique to prevent incurable genetic diseases being inherited by children.
Remember we had very briefly touched upon the Mitochondria when we discussed the Cell and the Nucleus. Mitochondria contains mtDNA and mutations in it can give rise to various genetic disorders. Since mtDNA is transferred from mother to child, these disorders are also transferred. The three-parent babies technique tries to overcome this shortcoming by preventing the transfer of mitochondria from mother to child.

There are 2 versions – Pronuclear Transfer and Spindle Transfer 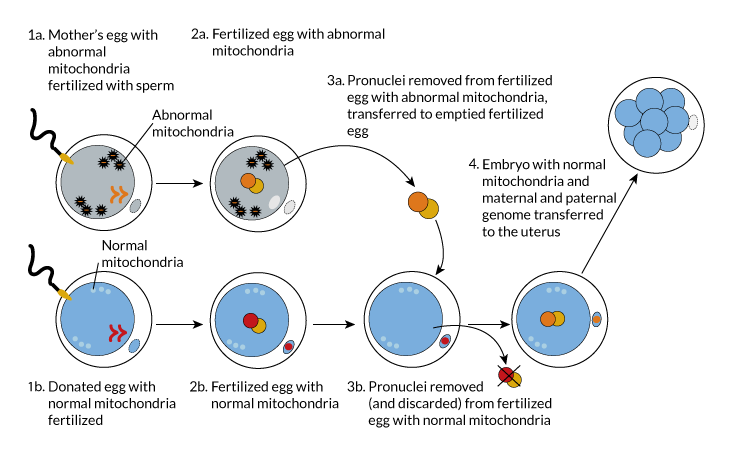 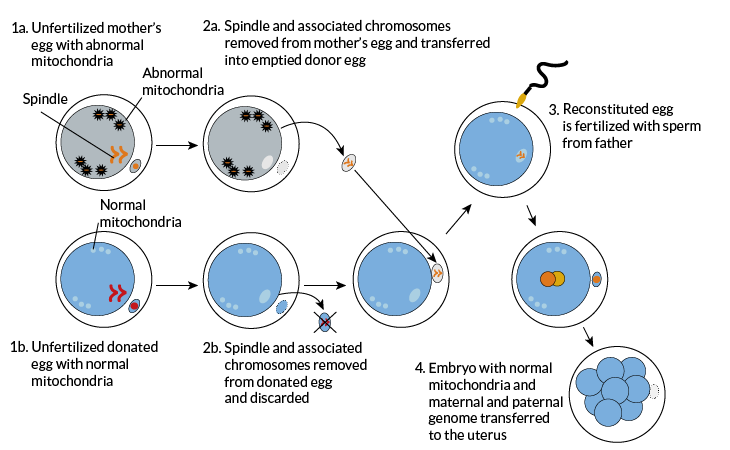 It is a technique through which a new DNA is introduced into a patient to treat a genetic disease. The new DNA usually contains a functioning gene to correct the effects of a non-functioning or disease causing gene.

A four-year old girl became the first gene therapy patient. She had adenosine deaminase (ADA) deficiency, a genetic disease which left her defenseless against infections.

There are two types of gene therapy:

Somatic Gene Therapy: The genes are transferred into the somatic cells of a patient. Any modifications and effects will be restricted to the individual patient only and will not be inherited by the offspring.

Germline Gene Therapy: The genes are transferred into the germ cells(sperm or eggs). This would allow the therapy to be heritable and passed onto the offspring.

There are two primary processes through which plants are modified:

Cisgenic: Genes are artificially transferred between organisms that could be conventionally bred i.e. from a crossable or sexually compatible plant.

Transgenic: Genes from a non-plant species or from a donor plant that is sexually incompatible with the recipient plant are inserted, which is a form of horizontal gene transfer

Terminator Technology: It is the genetic modification of plants to make them produce sterile seeds. They are also known as suicide seeds.

Traitor Technology: Traitor technology can allow traits in genetically modified seeds to be switched on and off by using special proprietary chemicals. 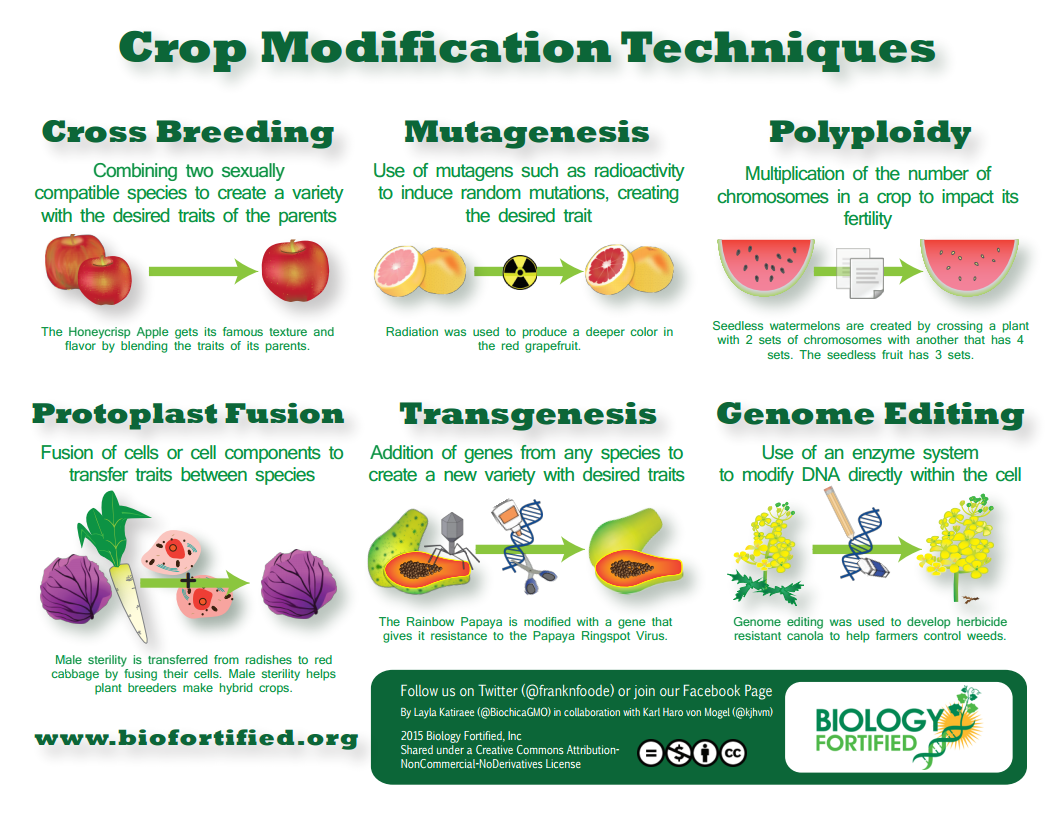 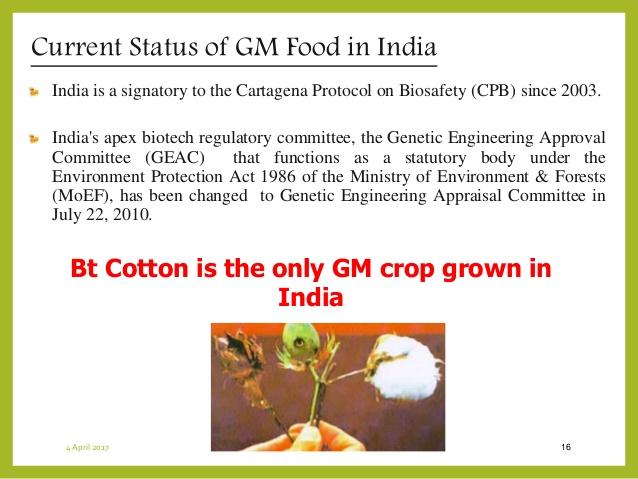 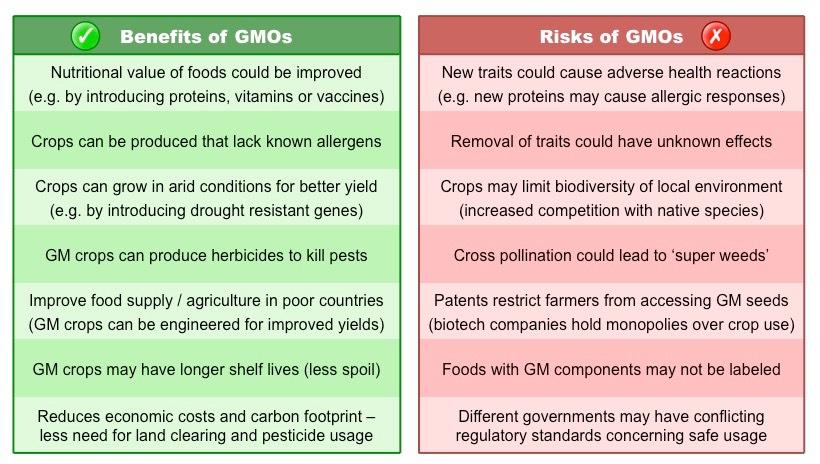 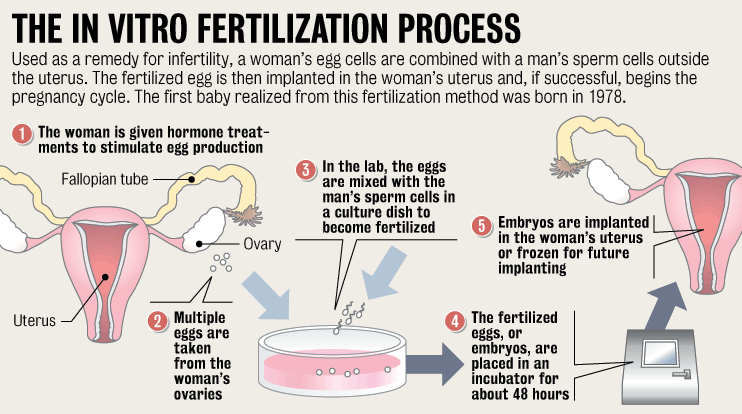 It is the process of fertilization by extracting eggs, retrieving a sperm sample, and then manually combining an egg and sperm in a laboratory dish. The embryo(s) is then transferred to the uterus to induce pregnancy.