The realities of International relations has ensured that the importance of hard power never diminishes. From China to USA, military power has time and again seen research, innovations and reforms. It is true if India wants to see itself as a hard power then innovation is the keyword. More precisely, indigenous production!

In order to provide impetus to self-reliance in defence manufacturing, multiple announcements were made under ‘Atmanirbhar Bharat Package’. The next step is a draft Defence Production and Export Promotion Policy 2020 (DPEPP 2020) formulated by the Ministry of Defence (MoD). 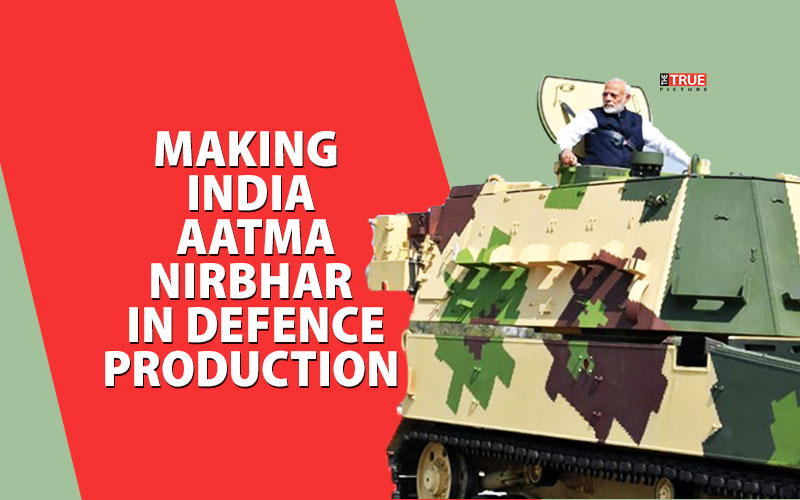 With this edition of Burning Issues, let us look more closely into this policy, some challenges and solutions.

History bears testimony to the fact that all nations with a strong military-industrial complex had a strong military force, resulting in a strong and vibrant foreign policy to stand comfortably amongst the comity of nations.

Why the fuss about Indigenization?

It was the military industrial set-up of Germany that enabled it to launch its offensive practically against the entire western world both in World War I and World War II.

The DPEPP 2020 is envisaged as overarching guiding document of MoD to provide a focused, structured and significant thrust to defence production capabilities of the country for self-reliance and exports.

The policy has laid out the following goals and objectives:

The Policy brings out multiple strategies under the following focus areas:

2) Indigenization And Support to MSMEs/Startups

India has its own set of inherent issues when it comes to indigenous manufacturing:

4) Low advantage due to long gestation

Along with the policy, what else can be done?

4) Mandatory Transfer of Technology for Subsystems

5) 100% indigenization should be the aim

A note for private players

The government has rightly clarified that self-reliance would not be taken to overzealous extremes. The thrust for indigenous research and development will coexist with the import of cutting-edge military technologies to obviate near-term defence vulnerabilities.

There is still a huge amount of work left.

With the new DPP in place, one hopes that it empowers the procurement process to become election-proof — national security cannot be held hostage to ineffective functioning of personnel who constitute the MoD and the political system.