During the Second World War, when the Luftwaffe (German air force) was wreaking havoc over London with its incessant bombing attacks, the British Prime Minister Winston Churchill took cognizance of the heavy casualties and economic devastation. While he was briefed on the casualties and economic collapse, he asked, “Are the courts functioning?” When told that the judges were dispensing justice as normal, Churchill replied, “Thank God. If the courts are working, nothing can go wrong.” 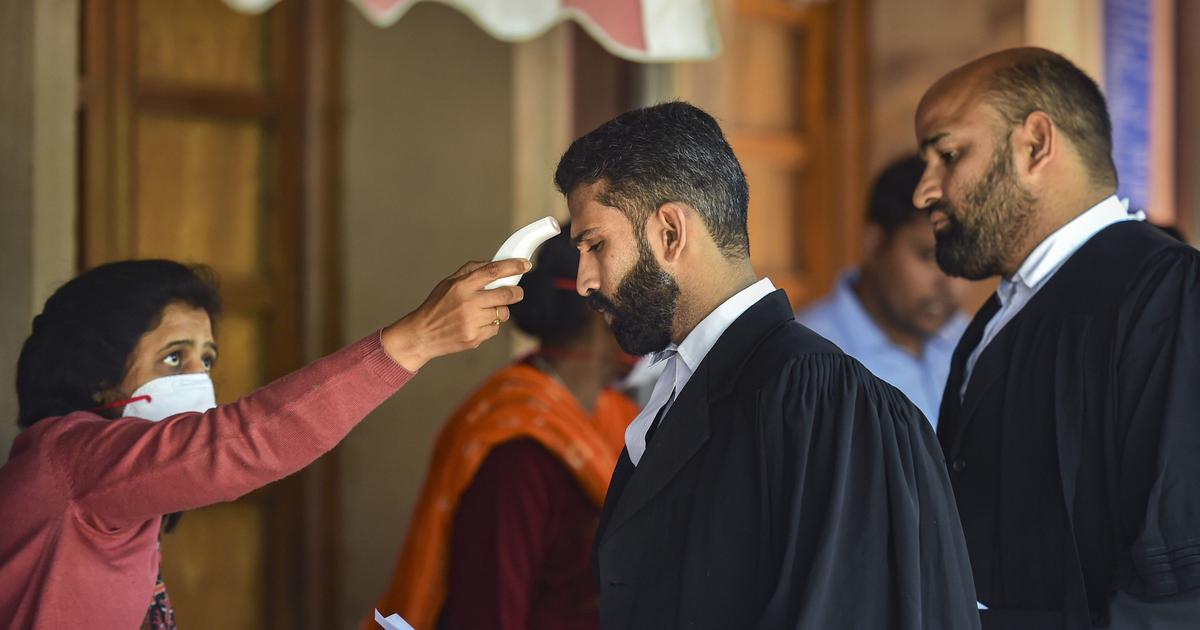 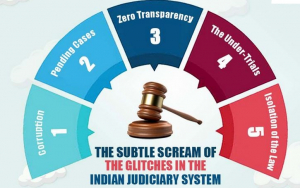 The Constitution of India, through its Preamble, has guaranteed to its citizens ‘Justice’—economic, political and social. But even after 70 years of independence, achieving substantive justice for the vast majority of the citizens has remained a distant dream. In the specific area of justice delivery system, India is faced with several problems relating to large backlogs and pendency of cases.

Despite the independence of the judiciary from the executive and legislative bodies, the Indian judicial system faces a lot of problems. The major issues that the system faces are:

What led to the under-performance of Indian Judiciary?

The issue of heavy arrears pending in the various courts of the country has been a matter of concern since the time of independence. The primary factors contributing to docket explosion and arrears as highlighted by Justice Malimath Committee report are as follows:

4) Hardships of the undertrials

5) No interaction with society 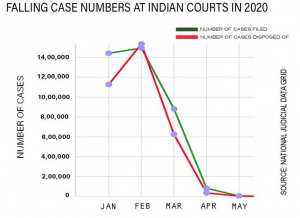 Don’t go by the number of reduced cases … just imagine the scale of burden on Indian Judiciary due to reduced disposal rate!

2) The new normal of Social Distancing

Need for a change

The pandemic has been changing many aspects of our life and forcing us to innovate or embrace the novel changes. The judiciary is not immune to this change. The time is ripe for the adoption and popularization of online court. But there were several attempts at the adoption of technology in the working of courts even before the pandemic. Time has now come to adopt these technological frameworks on a wider scale.

Alternatives to conventional courts in practice:

The outbreak of coronavirus or COVID-19 in several countries including India has necessitated immediate adoption of measures to ensure social distancing to prevent transmission of the virus.

The only option lies in technology

Various issues with these courts

Lack of a unified portal

The inherent issues can be addressed with some simple measures like:

https://richardlangworth.com/quotes-churchill-never-said-1
can the quote truly be attributed to Churchill?

But ultimately our focus should be on the various issues raised in the article.

sure I realize that. just that I was trying to collect quotes for essay questions and wanted to be sure of the attribution. although I found articles attributing this to Churchill, the article cited above made me have doubts.

Judiciary must be encouraged to find ways and means to regulate its own affairs – consistent with the spirit of the Constitution. –Manmohan Singh

All the rights secured to the citizens under the Constitution are worth nothing, and a mere bubble, except guaranteed to them by an independent and virtuous Judiciary. — Andrew Jackson