Today we decode parts of the “20 lakh crore” Economic Package.

Fair warning though. It’s a long  journey to walk! 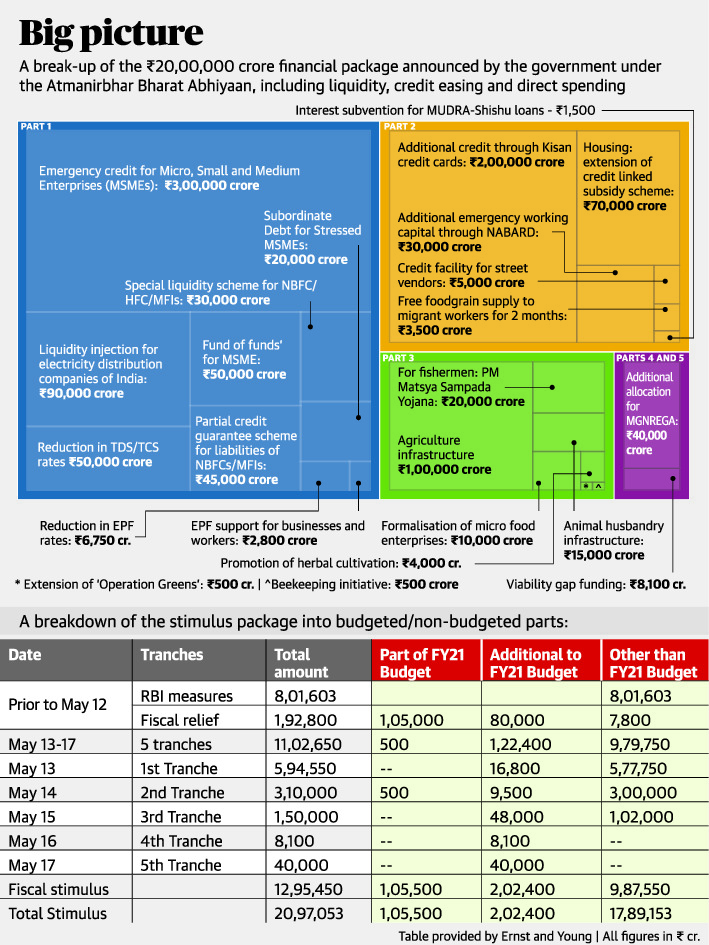 Given an uncertain future for the rest of the year, it can be clearly seen that the Indian economy is contracting. 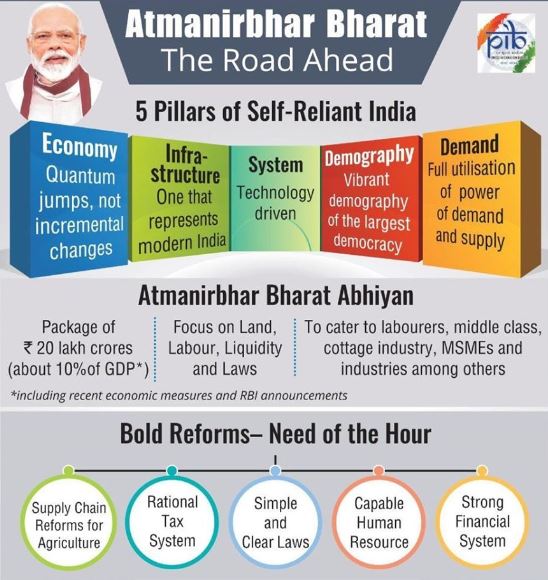 Complete details of the package 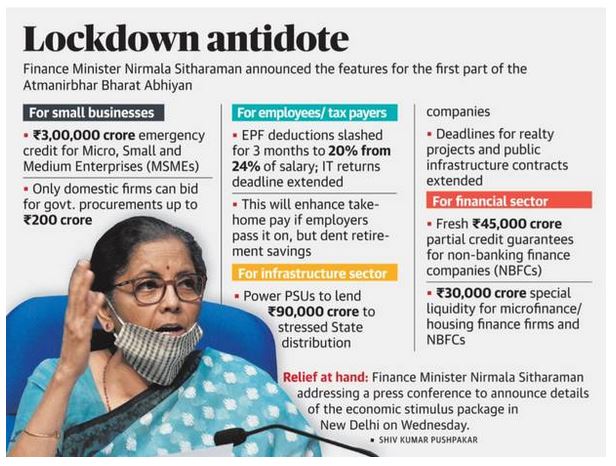 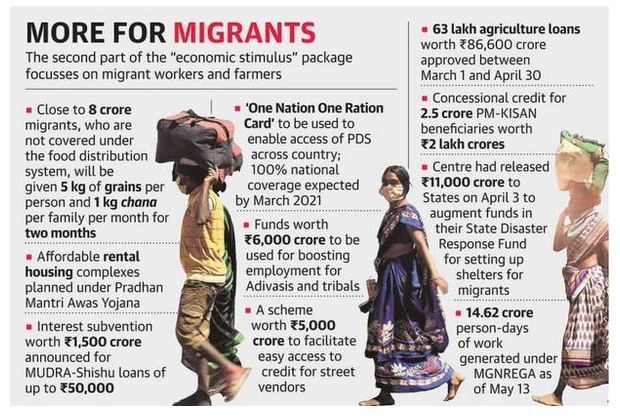 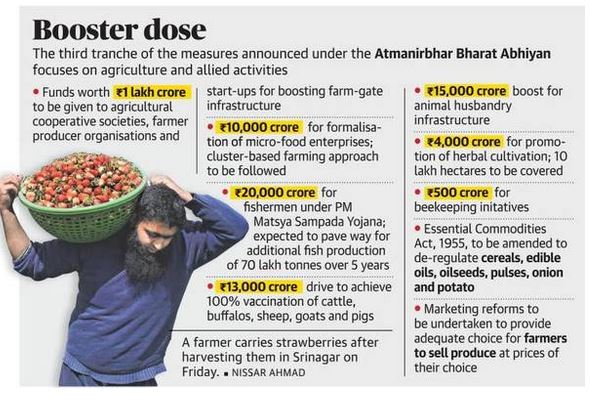 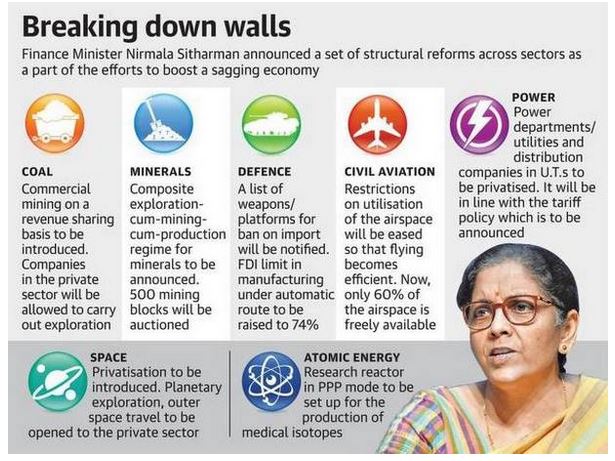 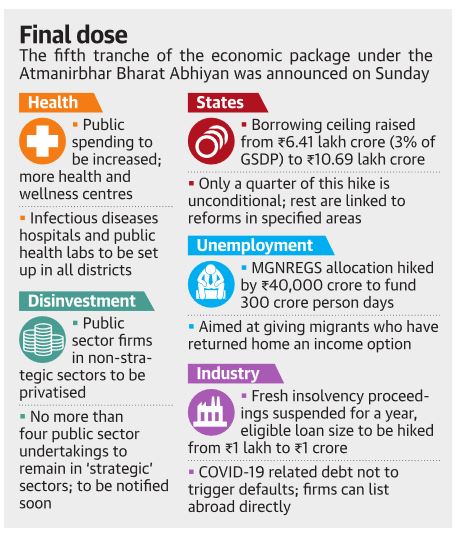 What is the approach adopted?

2) Keeping income and wage support schemes to the minimum

3) Empowering constituencies ranging from farmers and workers to businesses

Idea behind the Atmanirbhar

Significance of self-efficiency and self-reliance 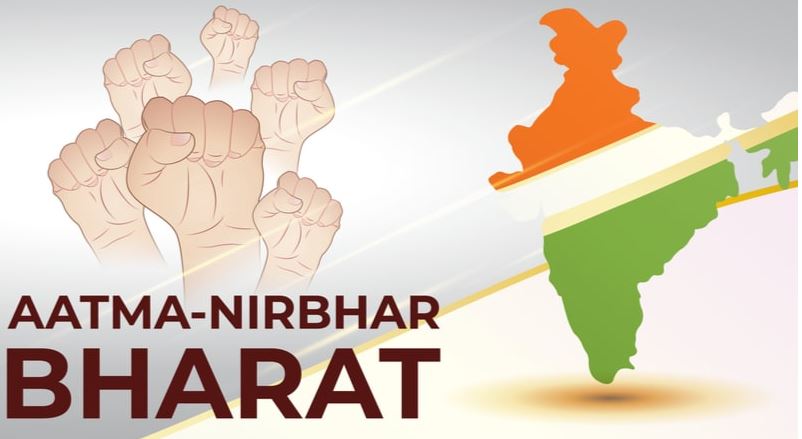 Positives of the package

In the numbers provided, the government has tried to project a ‘maximum bang for minimum buck’ approach.

Most support measures have translated into forms of regulatory relief, broader liquidity support or are reflected in its contingent liabilities, rather than in the form of explicit budgetary support.

It seems the Union government has very craftily used the COVID-19 pandemic crisis to plough through long pending, deep-rooted structural reforms. That should be welcomed.

3) corporatizing the monolith Ordnance Factory Board, and so on

Criticisms of the package

What needs to be done at this immediate hour?

Q. The palpable unsustainability of the earlier globalisation surfaced after the COVID outbreak means that growth in India in the coming days will have to be sustained by the home market. Examine.