5G Technology is the future of the telecom sector. Research and development in this field have attracted global giants. But the rollout of 5G network has also caught the eyes of various governments. This is because 5G is not just a matter of cellular network but has security implications for nations and scope for dominance over the future technological era. And the latest US steps against Huawei is a testimony to this fact. 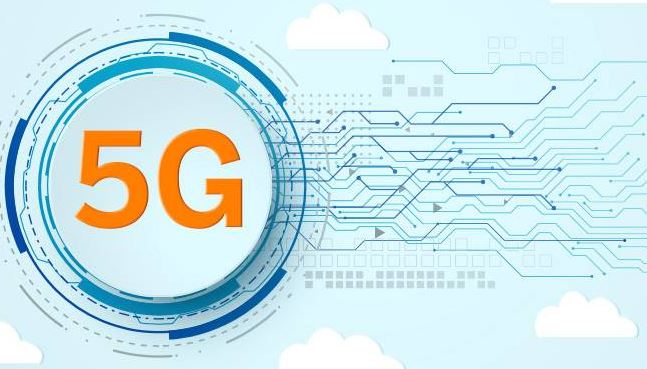 But before we take the geopolitics route, let us first understand the potential 5G Technology holds 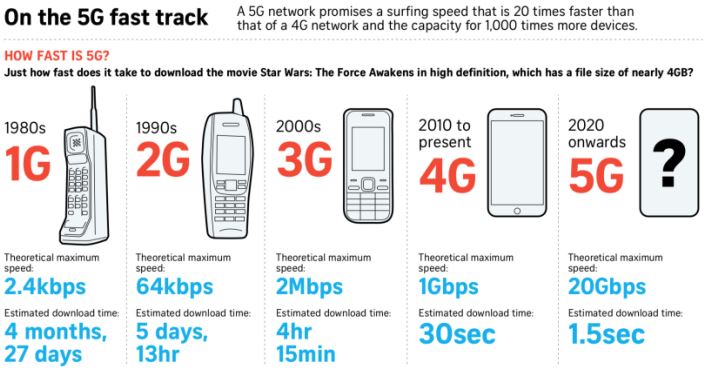 In telecommunications, 5G is the fifth generation technology standard for cellular networks, which cellular phone companies began deploying worldwide since 2019, the planned successor to the 4G networks which provide connectivity to most current cellphones.

All 5G wireless devices in a cell are connected to the Internet and telephone network by radio waves through a local antenna in the cell. The main advantage of the 5G network is that it will have greater bandwidth, giving higher download speeds, eventually up to 10 gigabits per second.

5G enables a new kind of network that is designed to connect virtually everyone and everything together including machines, objects, and devices and also will make possible new applications in IoT and machine to machine areas.

The previous generations of mobile networks are 1G, 2G, 3G, and 4G:

Benefits of 5G over 4G 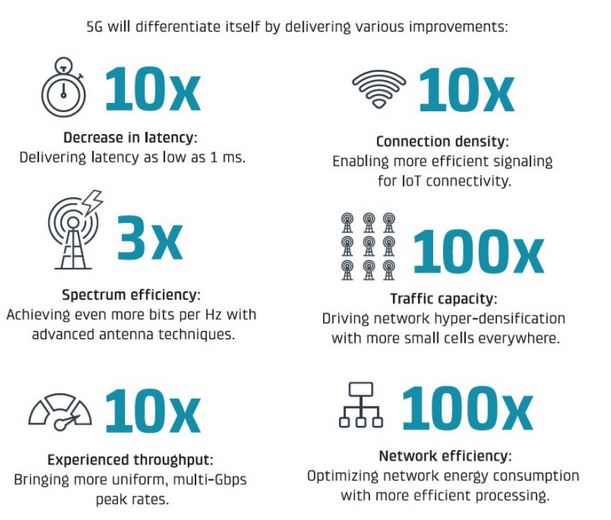 Entertainment and multimedia: 5G can provide 120 frames per second, high resolution and higher dynamic range video streaming without interruption. The audiovisual experience will be rewritten after the implementation of the latest technologies powered by 5G wireless. Augmented Reality and Virtual Reality services will be better experienced over 5G.

Internet of Things: IoT applications collect a huge amount of data from millions of devices and sensors and thus requires an efficient network for data collection, processing, transmission, control and real-time analytics which 5G network is a better candidate.

Smart farming: 5G technology will be used for agriculture and smart farming in the future. Using smart RFID sensors and GPS technology, farmers can track the location of livestock and manage them easily. Smart sensors can be used for irrigation control, access control and energy management.

Mission-critical applications: Like telemedicine services, remote control of critical infrastructure and vehicles. It has the potential to transform industries with highly reliable, low latency link. 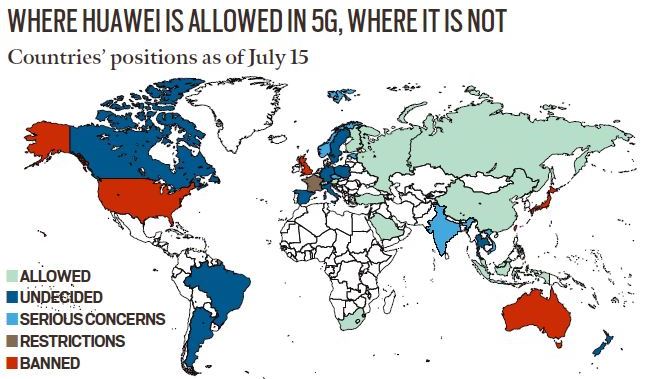 Where does India stand in this battle?

With the border clashes, India’s stand on this issue has got more clarity. But 5G is equally crucial for India’s future development story. For that, it has to first overcome own domestic hurdles.

Challenges for 5G roll-out in India

These are some of the basic challenges which India needs to overcome:

Pricing: The 5G spectrum is overpriced by at least 30% to 40% compared to international standards and auction in other markets such as South Korea and the U.S. In previous auctions, the government saw no takers for the 700 MHz spectrum, which is used to offer high-speed 4G services and was put on sale for the first time, mainly due to the high reserve price.

Network investment: In India, the telecom sector is facing capital augmentation issues which need to be resolved. Non-availability of funds for investment: Many of the Indian operators are also weighed down by debt.

Regulatory restrictions: Faster rounds of new technology introduction when prior technology investments have not been recouped add further complexity.

Technical Challenges: Designing IT architecture that can be deployed globally, while still allowing for localized technology to cater to different regions is a challenge. Though Reliance Inc. has some plans to roll out 5G.

India is keen to board the 5G bus sooner than later. The task before India’s policymakers will be ensuring that the advantages of the telecom infrastructure and related technologies support its divergent demography, economic conditions and urbanisation.

As other countries move ahead, the Indian government has repeatedly stated its intention to ‘not miss the 5G bus’ and ensure rollout by 2020, after having missed the ‘2G, 3G and 4G buses’.

A closer look, however, is required with regard to the preparedness of the industry, especially given the financial health of the telecom sector, the hesitancy among domestic banks to lend to operators, and the current pressure on tariffs.

By acting early on adoption, India can accelerate the 5G dividend and also become an innovator in applications, but it would also mean that the initial investment on equipment will be more expensive when trying to be ahead of the curve.