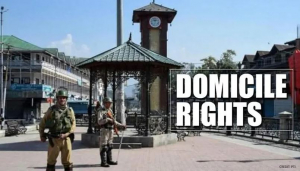 In law, domicile is the status or attribution of being a lawful permanent resident in a particular jurisdiction.

Who were the permanent residents in J&K?

Satisfying any of the criteria mentioned below, a person would be deemed as a domicile of the UT of Jammu and Kashmir:

Why was such an order made?

Issues with the decision