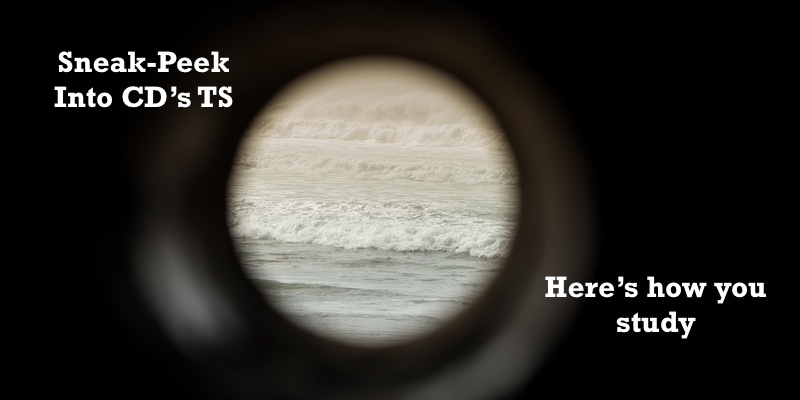 Are you ready for the CA Test on the 28th?

What do you need to do to solve CA questions?

Tikdams are not just guesses. They involve using your knowledge to make connections, instead of just using the facts you remember to tick the correct option. Click here to see they have been used to solve previous years UPSC questions.

Here are some questions from the upcoming test –

Q.5) Cauvery river water dispute has been frequently in the news. Consider following statements in this regard.

1.The Interstate River Water Disputes Act was enacted under Article 262 of Constitution of India

2.Article 262 provides a role for Central government in adjudicating conflicts surrounding inter-state rivers that arise among the states.

3.Regulation and development of inter-State rivers is included in states jurisdiction under state list.

Explanation: The Interstate River Water Disputes Act, 1956 (IRWD Act) is an Act enacted under Article 262 of Constitution of India on the eve of reorganization of states on linguistic basis to resolve the water disputes that would arise in the use, control and distribution of an interstate river or river valley.

Article 262 of the Indian Constitution provides a role for the Central government in adjudicating conflicts surrounding inter-state rivers that arise among the state/regional governments.

Tikdams: When inter-state rivers involves more than two states (riparian states), then how could one state have control over it? That’s why it comes under Union list, so river-disputes can also be solved by Centre and Parliament.

Whenever the riparian states are not able to reach amicable agreements on their own in sharing of an interstate river waters, section 4 of IRWD Act provides dispute resolution process in the form of a Tribunal. The tribunal shall not only adjudicate but also investigate the matters referred to it by the central government and forward a report setting out the facts with its decisions.

Explanation: Indian Arctic station ‘Himadri’ is located at Ny Alesund, Spitsbergen Island, Norway and has served as a hub of Indian scientific investigations since 2008.

New station ‘Bharati’ has just been constructed and established in March, 2013. At both the stations, research and investigations are undertaken to understand the polar processes and phenomenon.

Q.91) Which of the following are members of Organization of Islamic Countries (OIC).

Explanation: Organisation of Islamic Cooperation (OIC) is an international organization founded in 1969 consisting of 57 member states, with a collective population of over 1.6 billion as of 2008.

Titbits: The organisation states that it is “the collective voice of the Muslim world” and works to “safeguard and protect the interests of the Muslim world in the spirit of promoting international peace and harmony”. The OIC has permanent delegations to the United Nations and the European Union.

Tikdams: This is an organisation of Islamic countries, hence we can eliminate India and China.