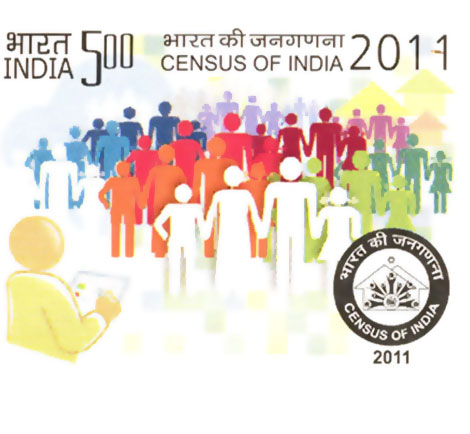 What is the census?

Census is nothing but a process of collecting, compiling, analyzing, evaluating, publishing and disseminating statistical data regarding the population. It covers demographic, social and economic data and are provided as of a particular date.

When was the first census in India held?

Census operations started in India long back during the period of the Maurya dynasty. It was systematized during the years 1865 to 1872, though it has been conducted uninterruptedly from the year 1881 being a trustworthy resource of information.

Why is the census important?

1. The Indian Census is the most credible source of information on Demography (Population characteristics), Economic Activity, Literacy and Education, Housing & Household Amenities, Urbanisation, Fertility and Mortality, Scheduled Castes and Scheduled Tribes, Language, Religion, Migration, Disability and many other socio-cultural and demographic data since 1872. Census 2011 is the 15th National Census of the Country. This is the only source of primary data in the village , town and ward level, It provides valuable information for planning and formulation policies for Central and the State Governments and is widely used by National and International Agencies, scholars, business people, industrialists, and many more.

2. The delimitation/reservation of Constituencies – Parliamentary/Assembly/Panchayats and other Local Bodies is also done on the basis of the demographic data thrown up by the Census. Census is the basis for reviewing the country’s progress in the past decade, monitoring the ongoing Schemes of the Government and most importantly, plan for the future.

8. Religious demographics – The religious data on India Census 2011 was released by the Government of India on 25 August 2015. Hindus are 79.8% (966.3 million), while Muslims are 14.23% (172.2 million) in India. For the first time, a “No religion” category was added in the 2011 census. 2.87 million Were classified as people belonging to “No Religion” in India in the 2011 census. – 0.24% of India’s population of 1.21 billion. Given below is the decade-by-decade religious composition of India till the 2011 census. There are six religions in India that have been awarded “National Minority” status – Muslims, Christians, Sikhs, Jains, Buddhists and Parsis.

The next part of the series will cover the 2011 Socio Economic Caste Census (SECC). You must have read about it many times in the news, reading it on Civils Daily will make you clear as to what it’s actually about!