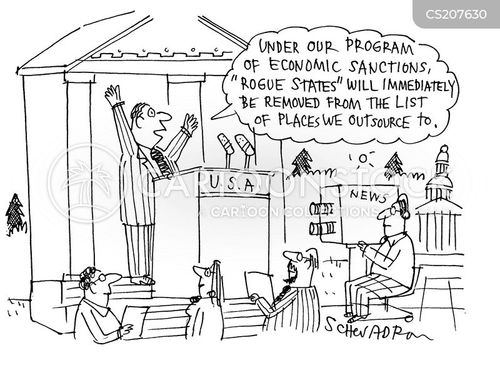 Economic sanctions are particular type of tools in the statecraft to advance foreign policy goals of states. They are preferable to more coercive tools such as war. However, though they are useful instrument of statecraft but still their role and impact are morally ambiguous.

Traditionally, states have used economic sanctions for variety of reasons, such as,

When they are effective ?

Are they really effective ?

The fundamental assumption of economic sanctions is that hardship will discourage unacceptable policies and encourage behavioural reform.

But perhaps sanctions should be viewed as part of a state’s overall repertoire for communicating interests and exercising international influence.

For example – when comprehensive sanctions were imposed on Iraq when it invaded Kuwait in 1990, great suffering fell on innocent people. It is estimated that these sanctions over 12 years had caused the death of at half a million children , though UN in 1996 UN had instituted an Oil-for-Food Program to relieve Iraq’s humanitarian crisis.