The process of Genetic Engineering: 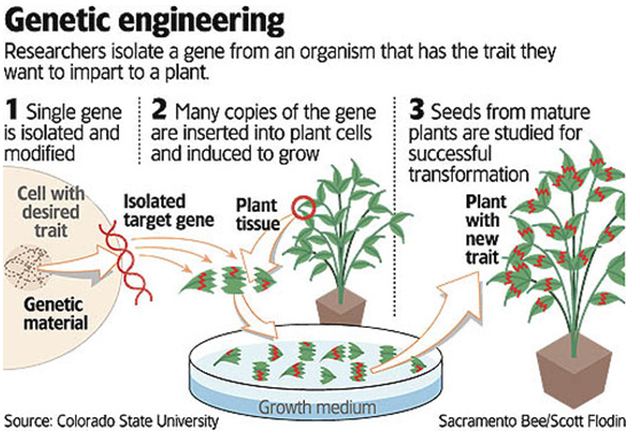 The Competent Authorities are:

Mechanism to allow cultivation of GM crops in India:

Task Force under the Chairmanship of Prof. M.S. Swaminathan, 2003

The Task Force recommended the establishment by an Act of Parliament an autonomous, statutory and professionally led National Biotechnology Regulatory Authority.

Parliamentary Standing Committee on Agriculture, in its new report, “Cultivation of Genetically Modified Food Crops — Prospects and Effects made the following major recommendations:

High-powered panel on Doubling Farmers’ Income (DFI): It made the following observations:

The findings were published in paper ‘Modern Technologies for Sustainable Food and Nutrition Security’. It is a review of crop development in India and transgenic crops — particularly Bt cotton, the stalled Bt brinjal as well as DMH-11, a transgenic mustard hybrid.