To better understand the working of GST, let’s watch the following video:

What is the structure of GST?

Which products are exempted from the purview of GST?

The GST Council will decide when GST will be levied on them.

What is the scope of GST Council?

The GST Council will consist of –

GST Council will make recommendations on –

The GST Council may decide the mechanism for resolving disputes arising out of its recommendations. 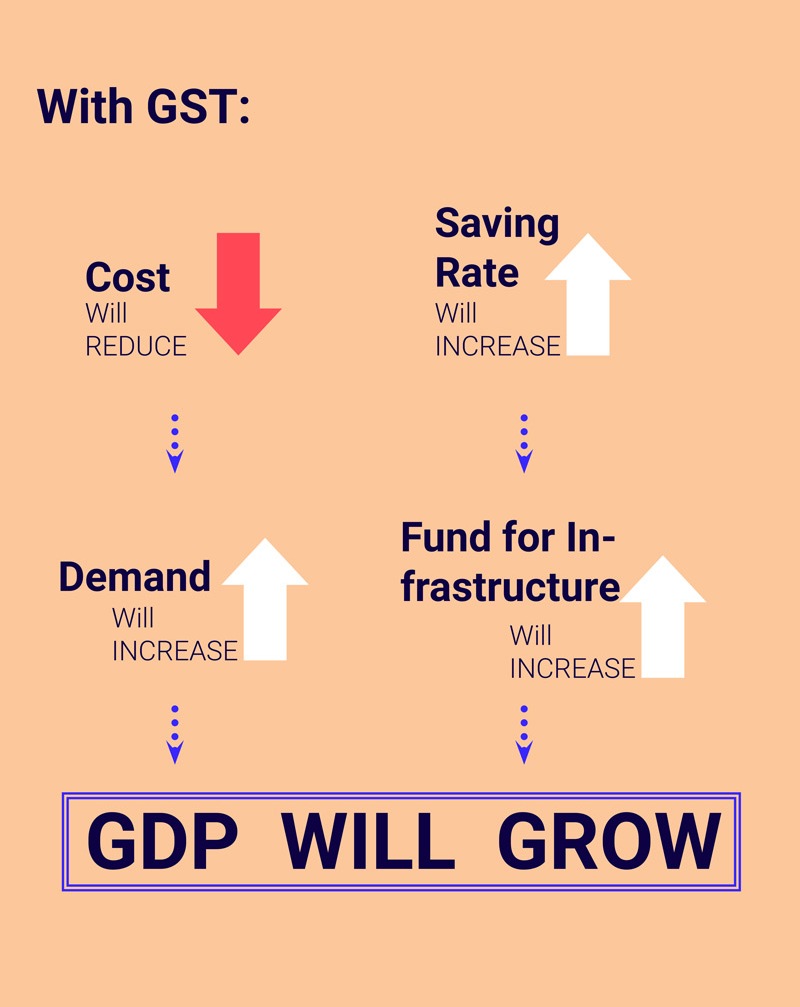 What are the benefits of GST?

Wonder why there is a clamour for keeping the GST rate at 18%?

Arguments made against GST:

There are concerns that the design of GST is flawed, but it needs to be realized that GST is the need of the hour. Also, in complex systems, change is introduced, learning from implementation takes place, leading to further and better change, as  was previously observed in the implementation of the value-added tax by the States.

Moreover the Indian GST regime offers advantages unlike the GST regime in other large federal polities, where the system is either

The Indian system establishes a modicum of coordination like in Canada. Common base and common rate will facilitate tax administration and ensure compliance. Reasonable exceptions, as decided by GST Council, will provide a degree of fiscal autonomy to the states.

That’s it for now. Please follow the news story here to keep yourself updated with the latest developments!