Analysis of Income Inequality in India

Causes of Income Inequality in India. 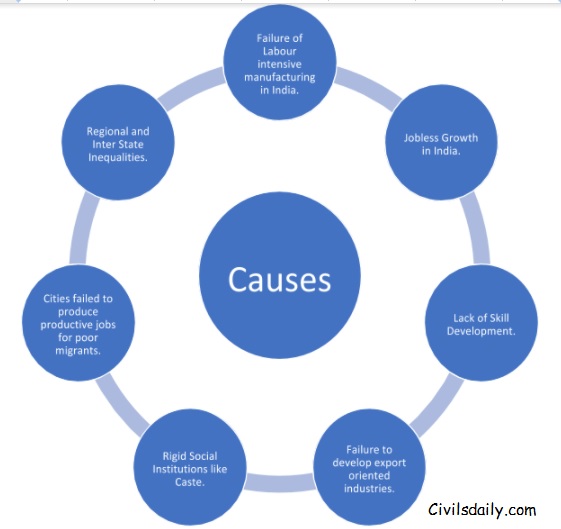 How to reduce Inequalities

The proportion of the labour force in agriculture has come down, but the workers who have left farms have not got jobs in modern factories or offices. Most are stuck in tiny informal enterprises with abysmal productivity levels. If India could somehow reverse this trend and promote labour-intensive manufacturing than inequality could fall.

Skill Development: The development of advanced skills among the youth is a prerequisite if India wants to make use of its demographic dividend. The skilling of youth by increasing investment in education is the only way we can reduce inequality. India needs to become a Skill-led economy.

Progressive Taxation: Higher taxes on the Rich and the luxuries will help reduce income inequalities.

Equal Opportunity for all: The Government may devise and set up some sort of machinery which may provide equal opportunities to all rich and poor in getting employment or getting a start in trade and industry. In other words, something may be done to eliminate the family influence in the matter of choice of a profession. For example, the government may institute a system of liberal stipends and scholarships, so that even the poorest in the land can acquire the highest education and technical skill. 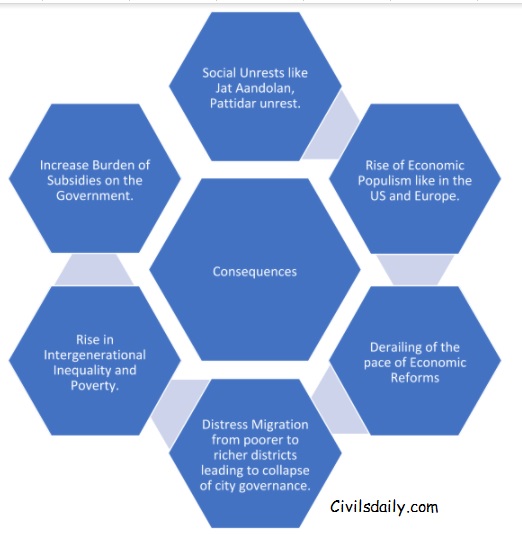