In the backdrop of severe Balance of Payment Crisis of 1991, the Government in continuation of the measured announced during the 1980s announced a New Industrial Policy on July 24, 1991.

The Government announced series of Initiative in respect of the following areas: 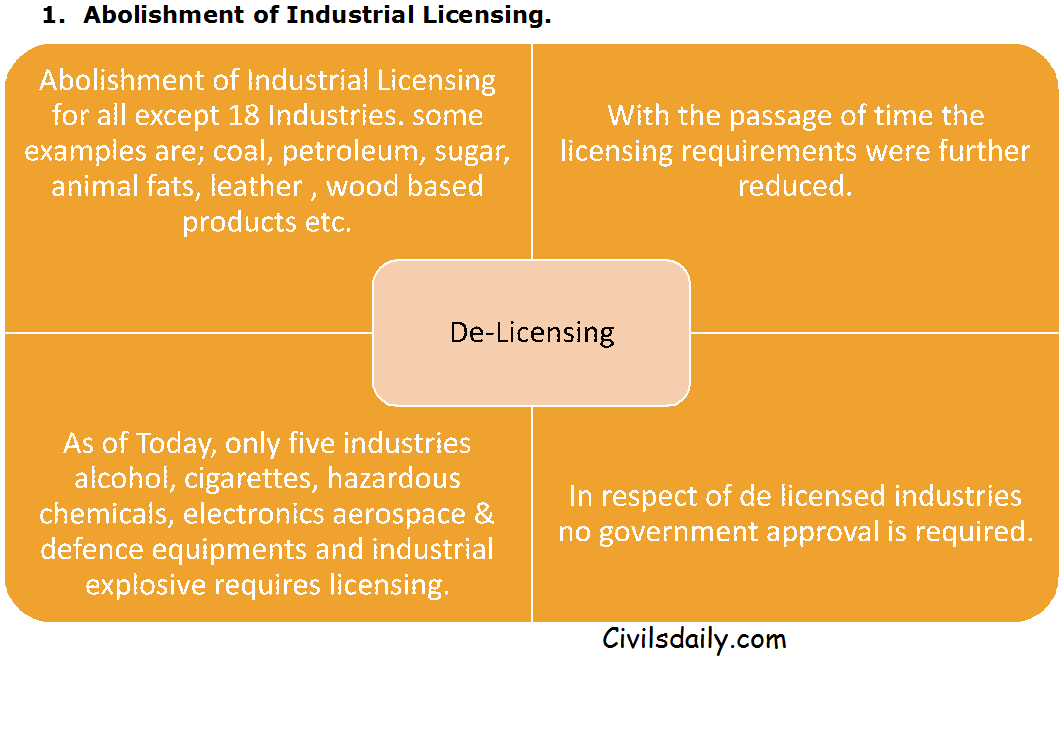 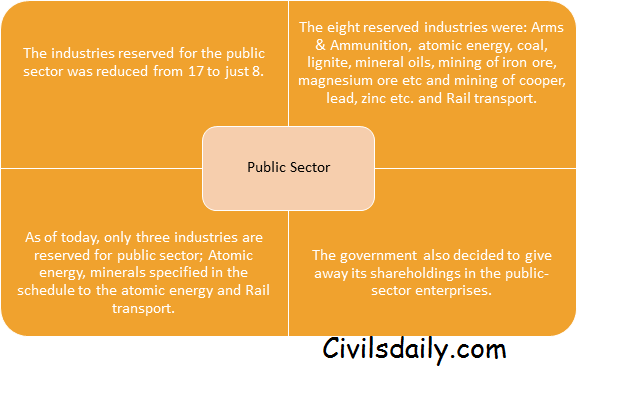 Entry of Foreign Firms and Investments 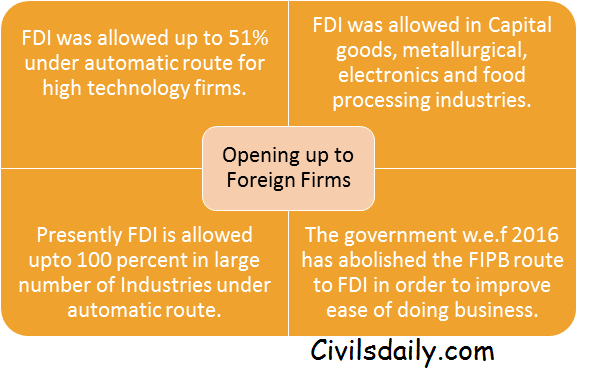 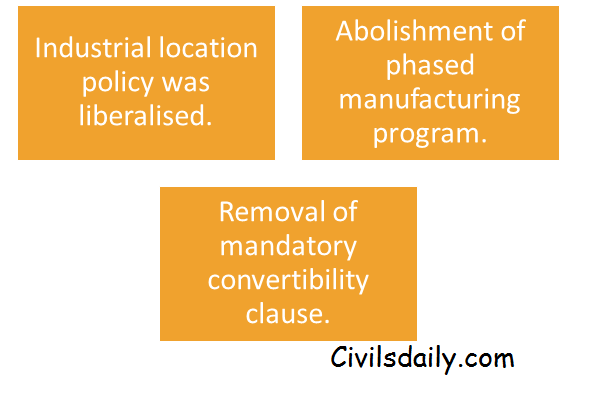 The success of India’s economic story has mainly been due to service’s sector growth. Despite strong policy measures, the industrial sector (especially manufacturing) has stagnated. The maximum contribution of the sector in the overall GDP is close to 15%, which is far less than that of other emerging economies like China (whose share is close to 45%). As a result of which, India has failed to provide gainful employment to its massive labour force.

Lack of employment in the manufacturing sector has put excessive pressure on the agriculture sector to provide employment, which is not possible under any economic model. The result of this is the phenomenon called “Jobless Growth”, which is specific to India.

The Government recognising this fact and in order to promote manufacturing sector launched National Manufacturing Policy on November 2011. 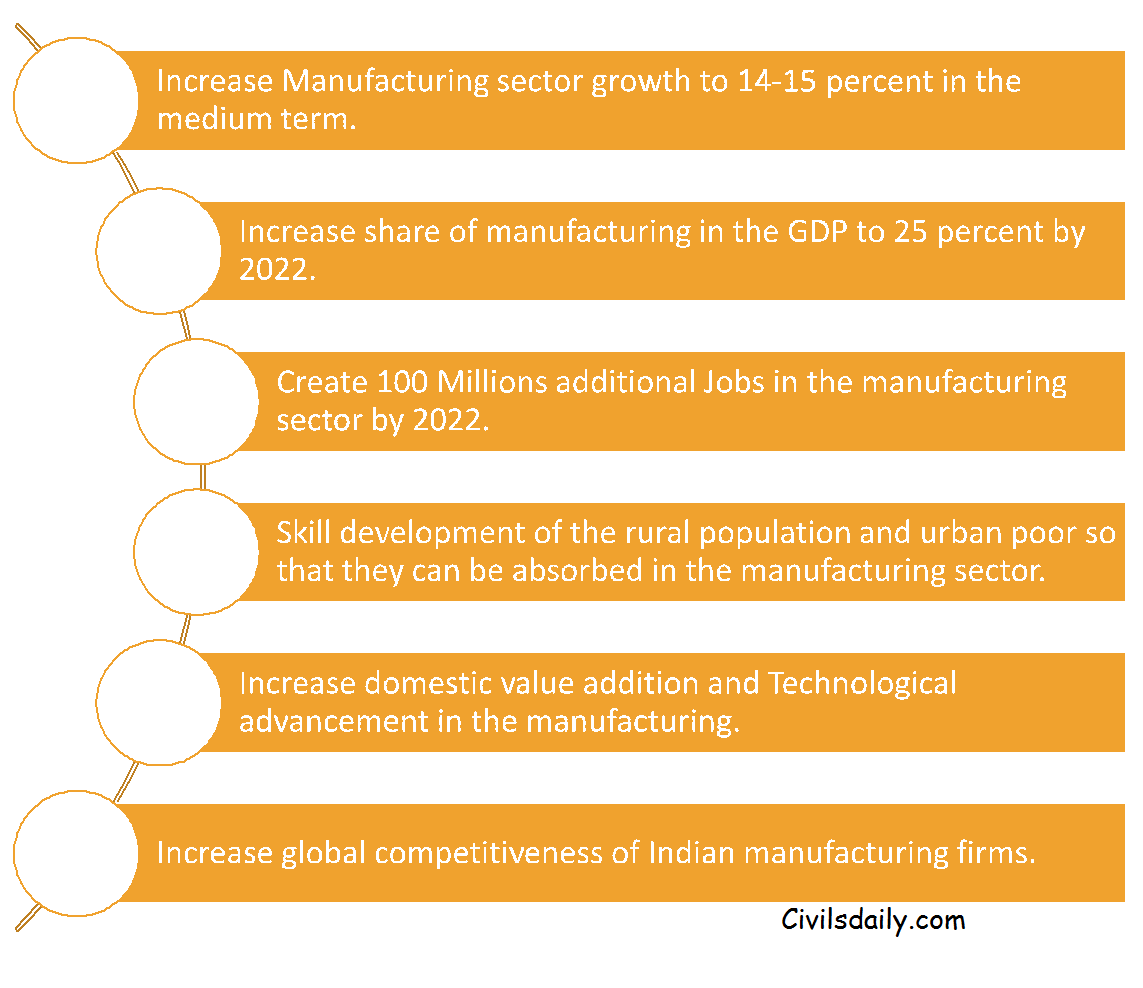 Make in India is a campaign launched by the government of India on 25 September 2015. The aim of the Make in India program is to project India as an efficient and competitive powerhouse of global manufacturing. The program aims to convert India into “World’s Factory” by promoting and developing India as a leading manufacturing destination and a Hub for the production of manufacturing goods.

Make in India is essentially an invitation to the foreign companies to come and invest in India on the back of the Government promise to create an environment easy for doing business. But contrary to public perception, no specific concessions have been offered to foreign investors under this scheme till date.

The government since the launch of the program is trying to make India an attractive destination for global Multinationals by focussing on ease of doing business, liberal FDI regime, improving the quality of Infrastructure and Business-friendly policies.

The need for the program

How Government is supporting the Program

• Improving Ease of Doing Business and promoting use of technology;

• Opening up of new sectors for FDI, undertaking de-licensing and deregulation of the economy on a vast scale;

• Building a new mindset in government to partner industry instead of working as a regulator in Economic Growth of the country.

The Government has taken various measures for the success of Make in India ‘campaign as under:

Cities/regions have been identified to be developed as investment centres in the Delhi-Mumbai Industrial Corridor in partnership with the State Governments.

Liberalisation of the FDI in the majority of sectors to attract investments. Example: 100% FDI under automatic route has been permitted in construction, operation and maintenance in specified Rail Infrastructure projects; FDI in Defence liberalized from 26% to 49%. In cases of modernization of state-of-art proposals, FDI can go up to 100%; the norms for FDI in the Construction Development sector are being eased.

The Government is committed to chart out a new path wherein business entities are extended red carpet welcome in a spirit of active cooperation. Invest India will act as the first reference point for guiding foreign investors on all aspects of regulatory and policy issues and to assist them in obtaining regulatory clearances. The Government is closely looking into all regulatory processes with a view to making them simple and reducing the burden of compliance on investors. An Investor Facilitation Centre has been created under Invest India to provide guidance, assistance, handholding and facilitation to investor during the entire circle of the business.

What more should be done to make India an attractive destination for Global Firms? 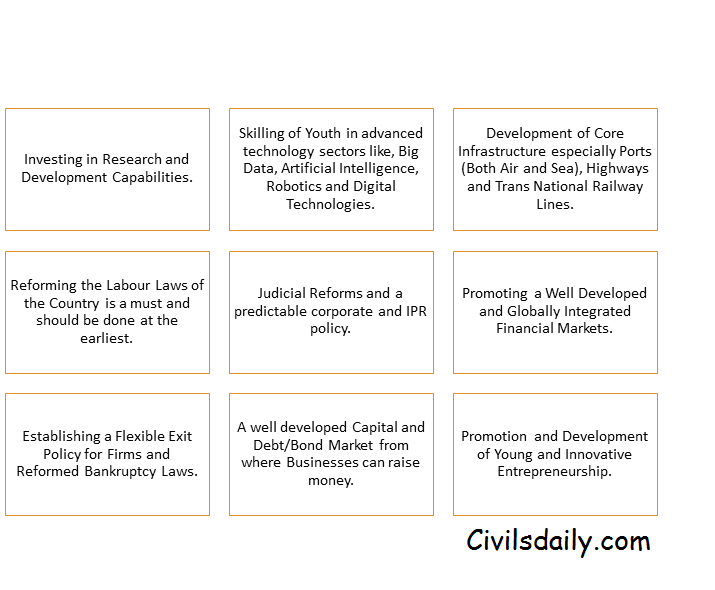 What is an overview India’s industrial progress Since Independence