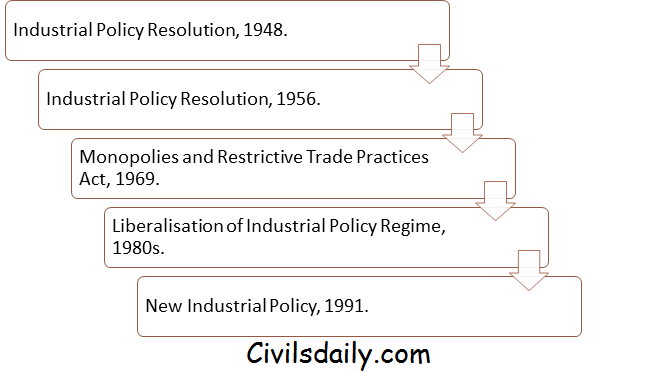 The resolution was issued on April 6, 1948. The resolution accepted the importance of both private and public sectors for the development of the industrial sector.

The 1948 Resolution also accepted the importance of the small and cottage industries as they are suited for the utilisation of local resources and are highly labour intensive.

The 1948 Resolution divided the Industries into following four categories. 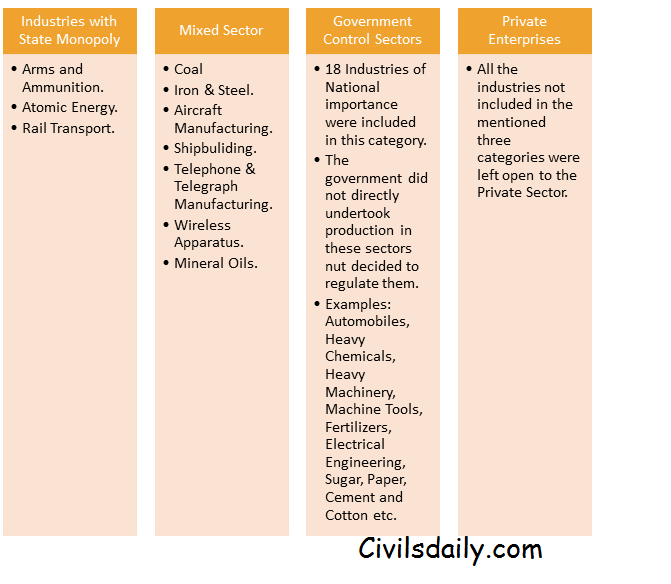 The Policy Resolution of 1956, laid the following objectives for the growth of the Industrial sector:

The objectives were chosen carefully with the aim of creating employment and reducing poverty.

The 1956 Resolution further divided the Industries into three Categories. 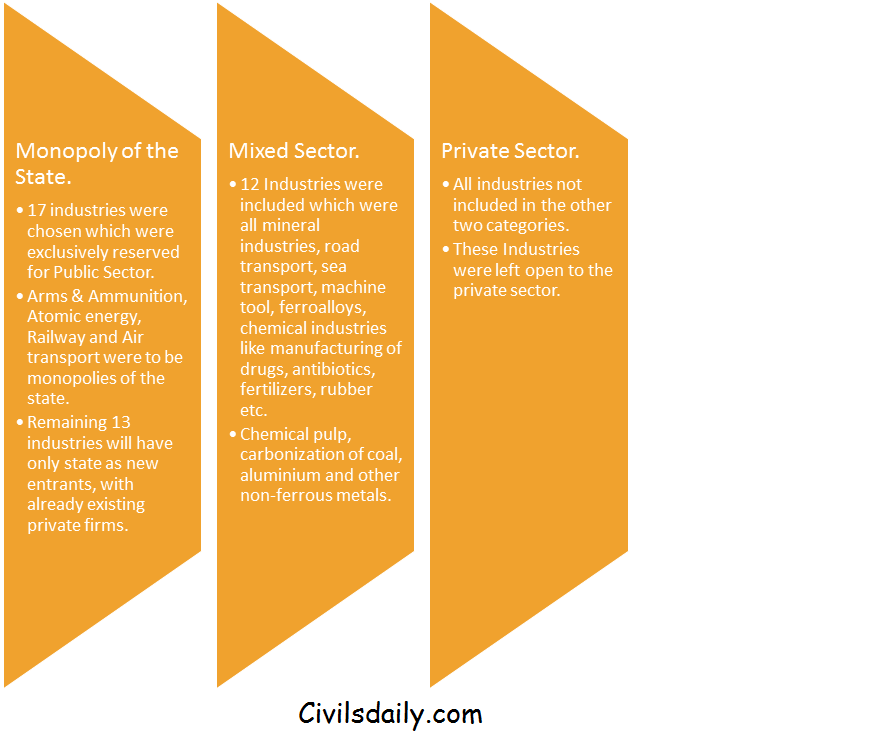 To sum up, the 1956 Resolution, emphasised on the mutual dependence and existence of the public and private sectors. The only 4 industries in which private sector are not allowed were Arms & Ammunition, Railways, Air Transport and Atomic Energy. In all other sector, either private sector was allowed to operate freely or will provide help to the government sector as and when needed.

The specific objectives of the Act were:

Major Provisions of the Act

Registration: The provisions make registration of industries mandatory irrespective of whether they are private or public in nature. The expansion of the existing business also required licencing and permission.

Examination and Monitoring of the Industries: After granting of license, it is the responsibility of the state to monitor the performance of the industries. If at any point in time, the industrial unit was found not up to the mark, underutilising its resources or charging excessive prices, the government could set up an enquiry against the unit.

Cancellation of the Licence: The government has the power to cancel the licence granted to the industrial unit if found, engaging in wrongful behaviour.

Direct Control by the Government: Under this provision, the government could set up an enquiry against the industrial unit and can order reform process, if it was not being run properly.

Control on Price, Distribution and Supply: The Government was empowered by the act to control and regulate the prices, supply and distribution of the goods produced.

Problems of the Excessive Restrictions imposed by the Government. 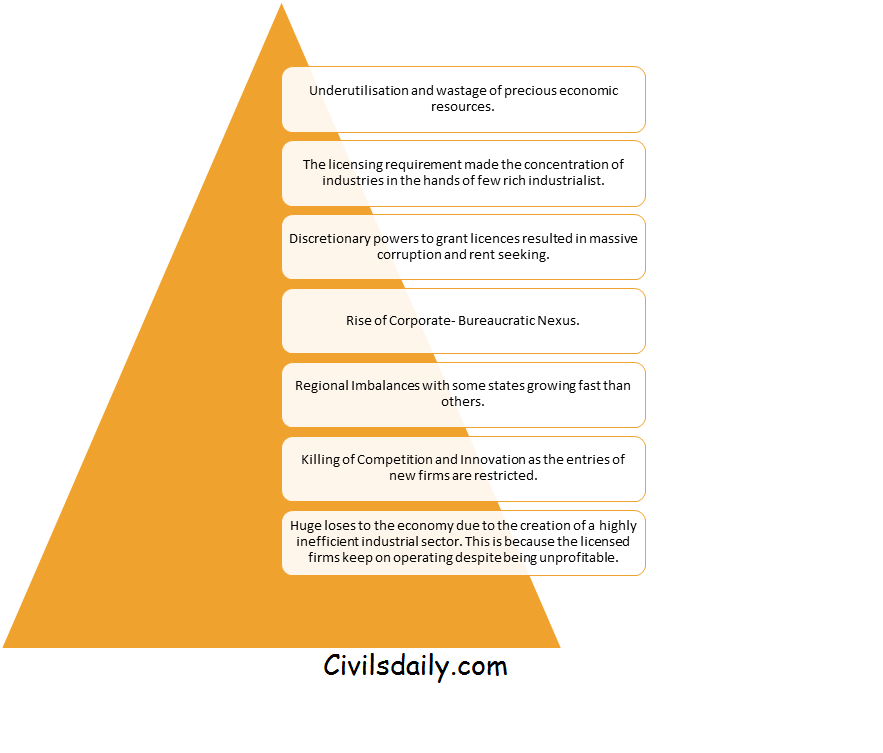 Liberalisation measures adopted in the 1980s