The World Bank Group (WBG) is a family of five international organisations that make leveraged loans to developing countries. It is the largest and most famous development bank in the world and is an observer at the United Nation Development Group. 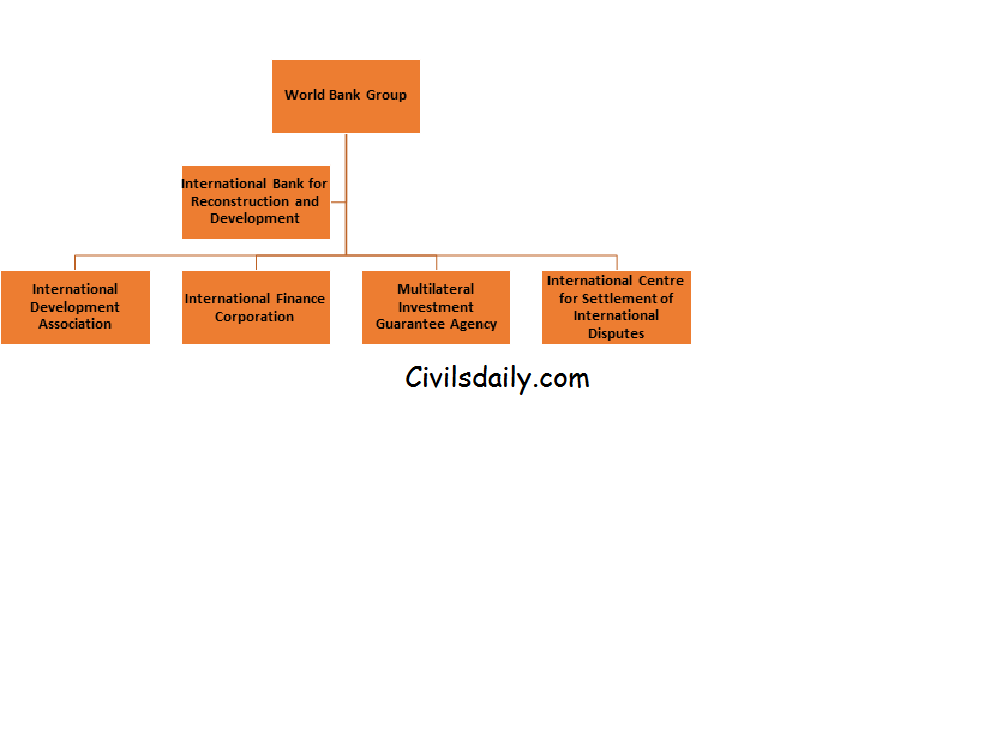 The International Bank for Reconstruction and Development (IBRD), better known as the World Bank, was established under the Bretton Woods System along with the International Monetary Fund.

In the similar vein, the aim of the World Bank was to provide long term development assistance to and loans in reasonable terms to the nations.

The World Bank or IBRD is a multilateral level inter-governmental Institution. All the member countries have their shares in the capital stock of the World Bank. 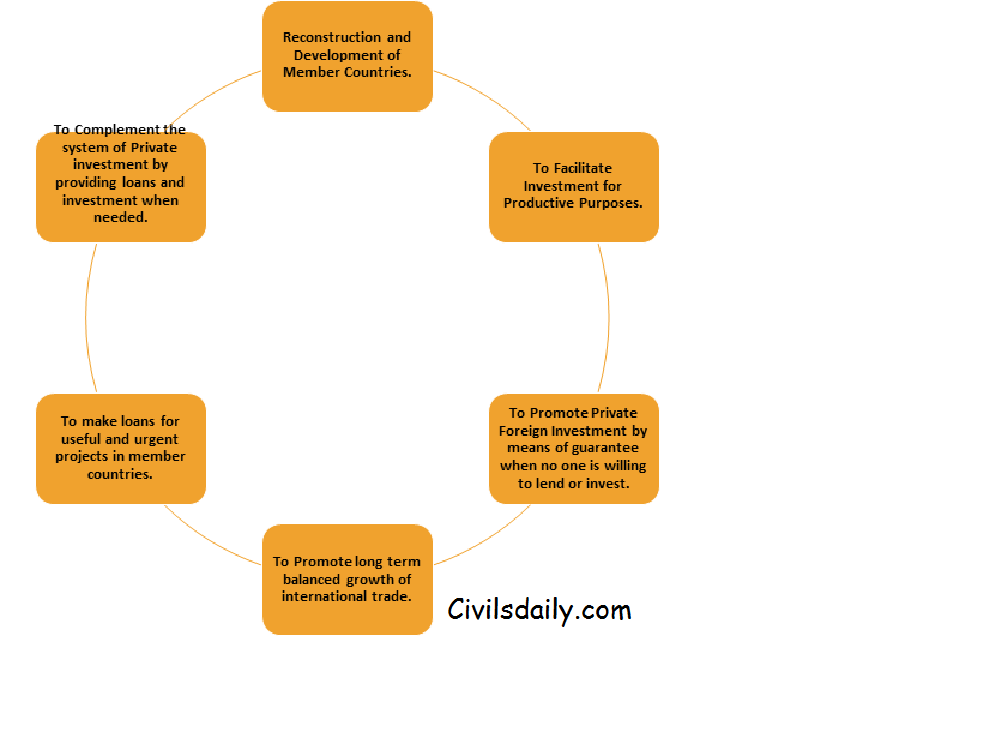 Organisation Structure of the World Bank

The World Bank works on a cooperative structure and currently has 189-member countries. These member countries are represented by a ‘Board of Governor’ are the ultimate policy makers of the World Bank. The Boards of Governors consist of one Governor and one Alternate Governor appointed by each member country. The office is usually held by the country’s minister of finance, governor of its central bank, or a senior official of similar rank.

To deliver on these targets, MIGA’s FY18-20 strategy has four pillars:

The IMF was conceived at a United Nation Conference in Bretton Woods, New Hemisphere, United States in July 1944 along with the World Bank. The initial 44-member countries at the conference sought to build a framework for economic cooperation and to avoid a repetition of competitive devaluation of currency which has contributed to ‘Great Depression of the 1930s’.

The IMF’s primary responsibility is to ensure the stability of international monetary system remains safe, to safeguard the system of the exchange rate and international payments so that countries could transact with each other freely.

The IMF’s mandate was updated in the year 2012, to include all macroeconomic and financial sector issues that can affect global financial stability. 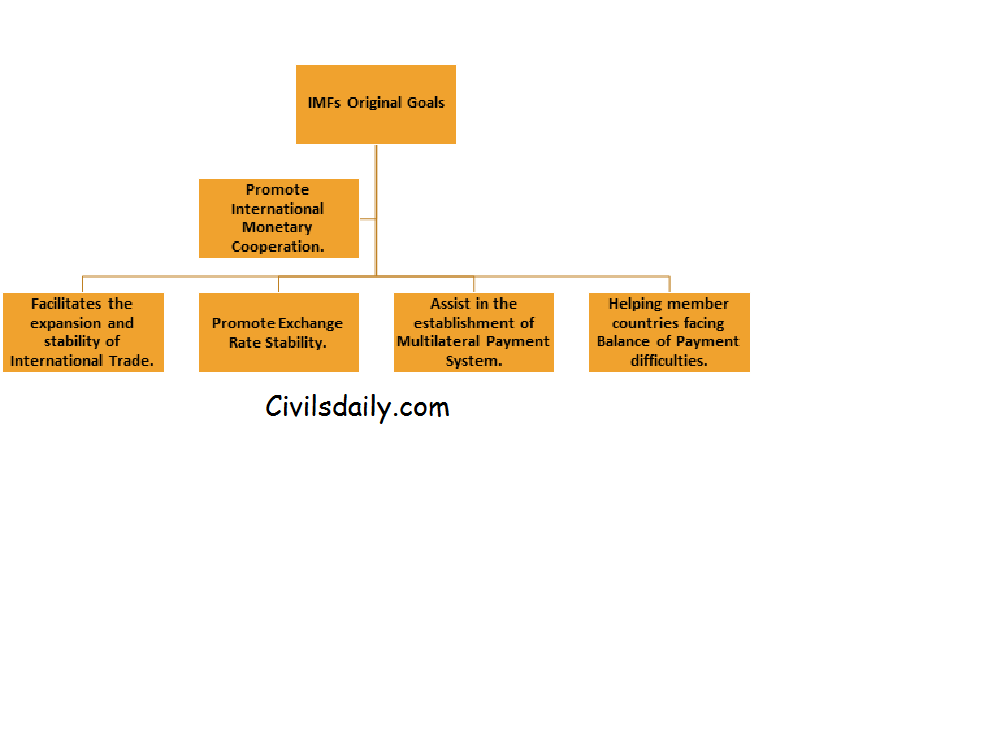 The IMF advises member countries on economic and financial matters that promote stability, reduce vulnerability to crises, and encourages sustained growth and high living standards. It also monitors global economic trends and developments that affect the health of the international monetary and financial system.

How Does IMF help in achieving stability?

The SDR is an international reserve asset created by IMF in 1969 to supplement its member countries official reserves. The value of SDR is based on a basket of five major currencies- the US Dollar, the Euro, the Japanese Yen, the UK Pound and the Chinese Renminbi.

Quotas are central to IMF’s financial resource. Each member country of the IMF is assigned a quota of resources based broadly on its relative position in the World Economy. A member country’s quota determines its maximum financial commitment to the IMF, its voting rights and its access to IMF lending’s.

When a country joins the IMF, it is assigned an initial quota based on its size of the economy. The current quota formula is a weighted average of: