“My hope is that we will get to full capital account convertibility in a short number of years,” said Raghuram. G. Rajan, ex-governor of the Reserve Bank of India (RBI) on 10 April 2015.

CAC means the freedom to convert rupee into any foreign currency (Euro, Dollar, Yen, Renminbi etc.) and foreign currency back into rupee for capital account transactions. In very simple terms it means, Indian’s having the freedom to convert their local financial assets into foreign ones at market determined exchange rate. CAC will lead to a free exchange of currency at a lower rate and an unrestricted movement of capital. 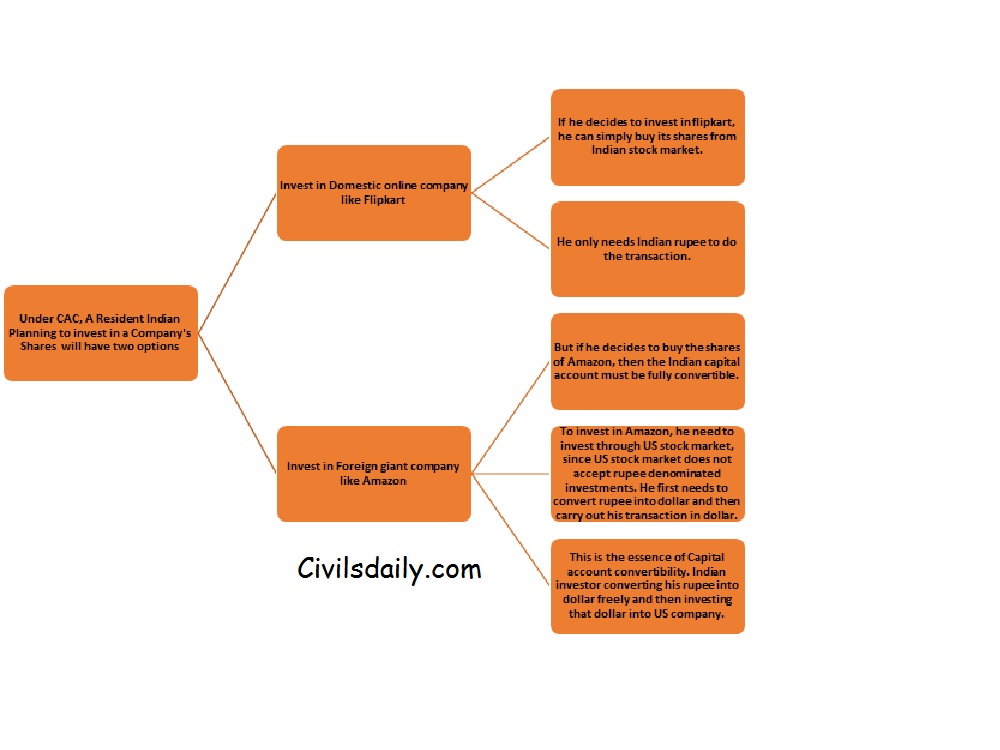 On the other hand, Capital Account Convertibility is widely regarded as the hallmark of developed countries. It is also seen as the major comfort factor for foreign investors since it allows them to reconvert local currency back into their own currency and move out from India.

To attract foreign investment, many developing countries went in for CAC in the 1980s, not realising that free mobility of capital leaves countries open to both sudden and huge inflows and outflows, both of which can be potentially destabilising. More important, unless you have the institutions, particularly financial institutions capable of dealing with such huge flows, countries may not be able to cope as was demonstrated by the East Asian crisis of the late 90s.

In India, the Tarapore committee had laid down a three-year road-map, ending 1999-2000, for CAC. It also cautioned that this time-frame could be speeded up, or delayed, depending on the success achieved in establishing the pre-conditions primarily fiscal consolidation, strengthening of the financial system and low rate of inflation. With the exception of the last, the other two preconditions have not been achieved. The Capital Account Convertibility in India will depend on how fast the country meets the preconditions put forward by Tarapore Committee such as fiscal consolidation, inflation control, low level of Non-Performing Assets, low Current account deficit and strengthen financial markets. Sound policies, robust regulatory framework promoting a strong and efficient financial sector, and effective systems and procedures for controlling capital flow greatly enhanced the chances of ensuring that such flows fostered sustainable growth and did not lead to disruption and crisis.

The Second Committee on the Capital Account Convertibility (CAC)— again chaired by S.S. Tarapore— handed over its report in September 2006 on which the RBI/the government is having consultations.

What is this partial convertibility of (40:60) in capital account?