This question technically has two parts. One it is asking how multiculturalism is a theory in itself for preserving its culture and values. Second it wants steps to further reinforce multiculturalism so the first part will be crucial in building second part and conclusion as well.

Define Multiculturalism and explain how it preserves different cultural values. Mention the broadening concept of multiculturalism which is now at trend like it not only used to define disadvantaged and maginalised groups like tribals, linguistic-cultural-religious minorities, LGBT, disabled, etc., but also immigrants who may come under ethnic, religious minorities as well as minority nations and indigenous peoples.

Bring Examples of Multiculturalism in India and its effects.

A holistic conclusion based on the content in balanced way should be presented.

Multiculturalism: A theory of culture and its values 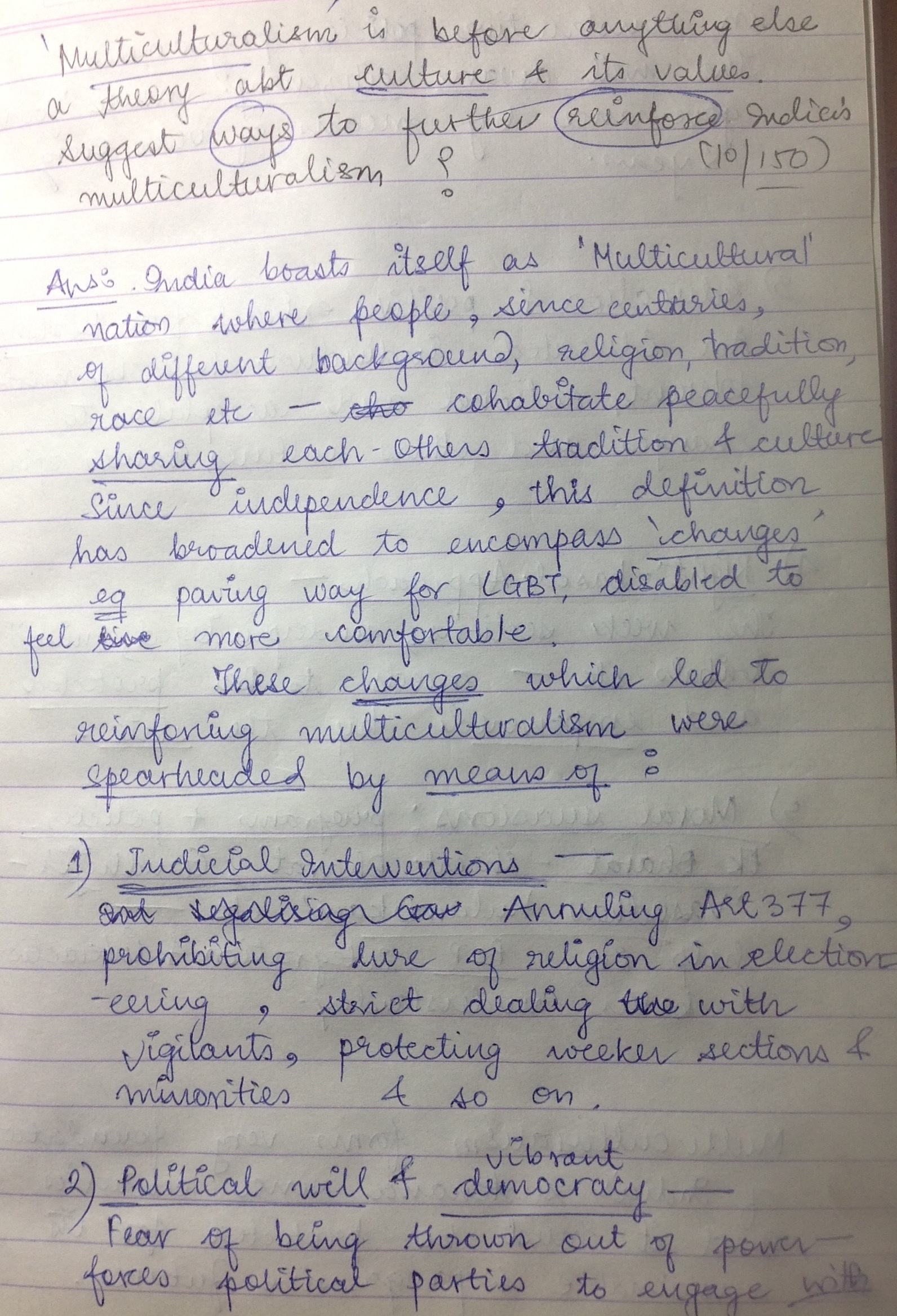 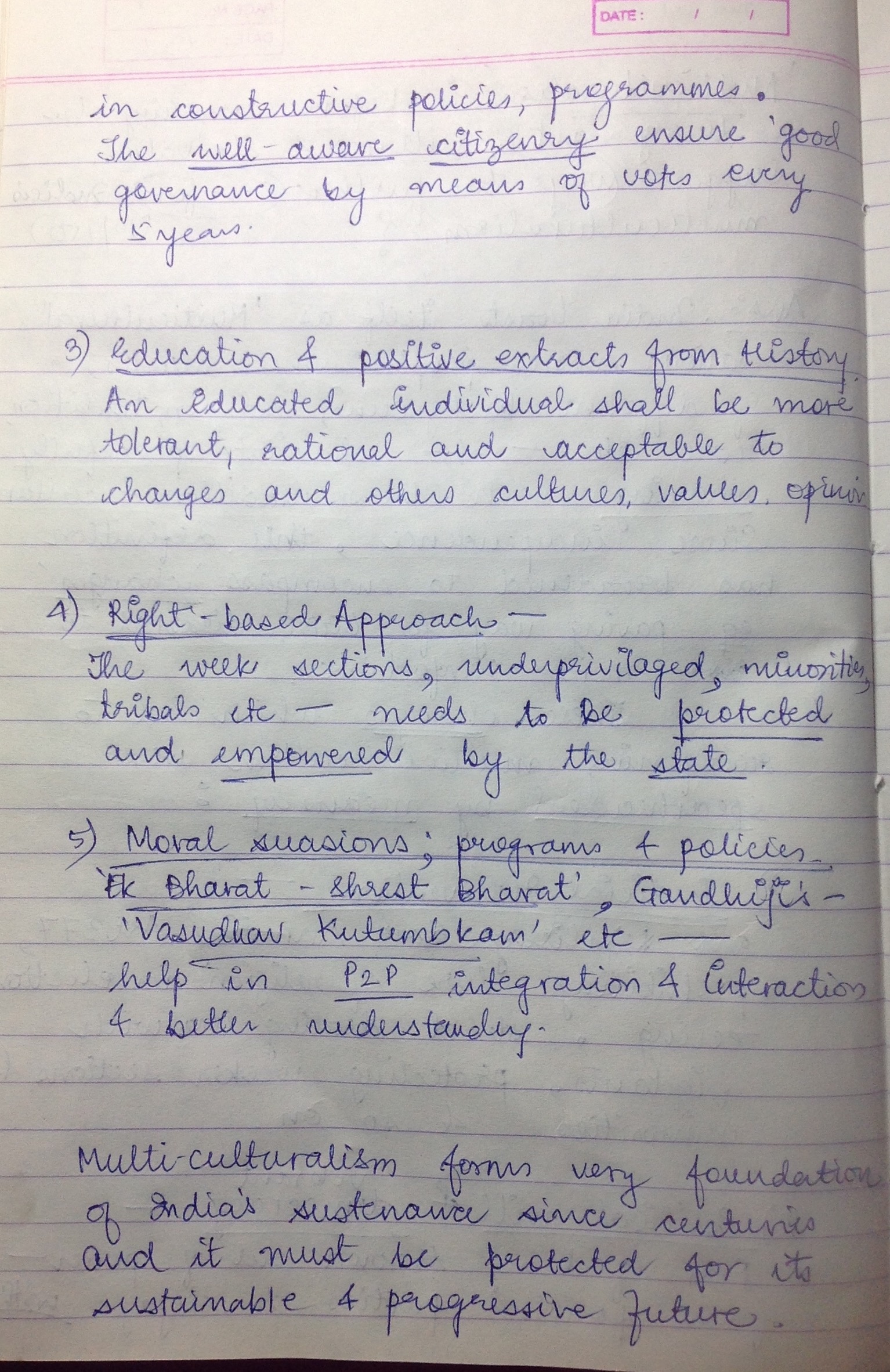 Hello Invincible….
Kindly use plain sheet of paper for writing answer…
-Introduction is okay….but points mentioned are not at par with the demand of question….the points seems more irrelevant rather supporting the topic….
-Points should be talking about multi-culture….unity in diversity….with example….except point 5 all the points are irrelevant….
Refer our model answer or answer written by Priyadarshi…for better clarity…. 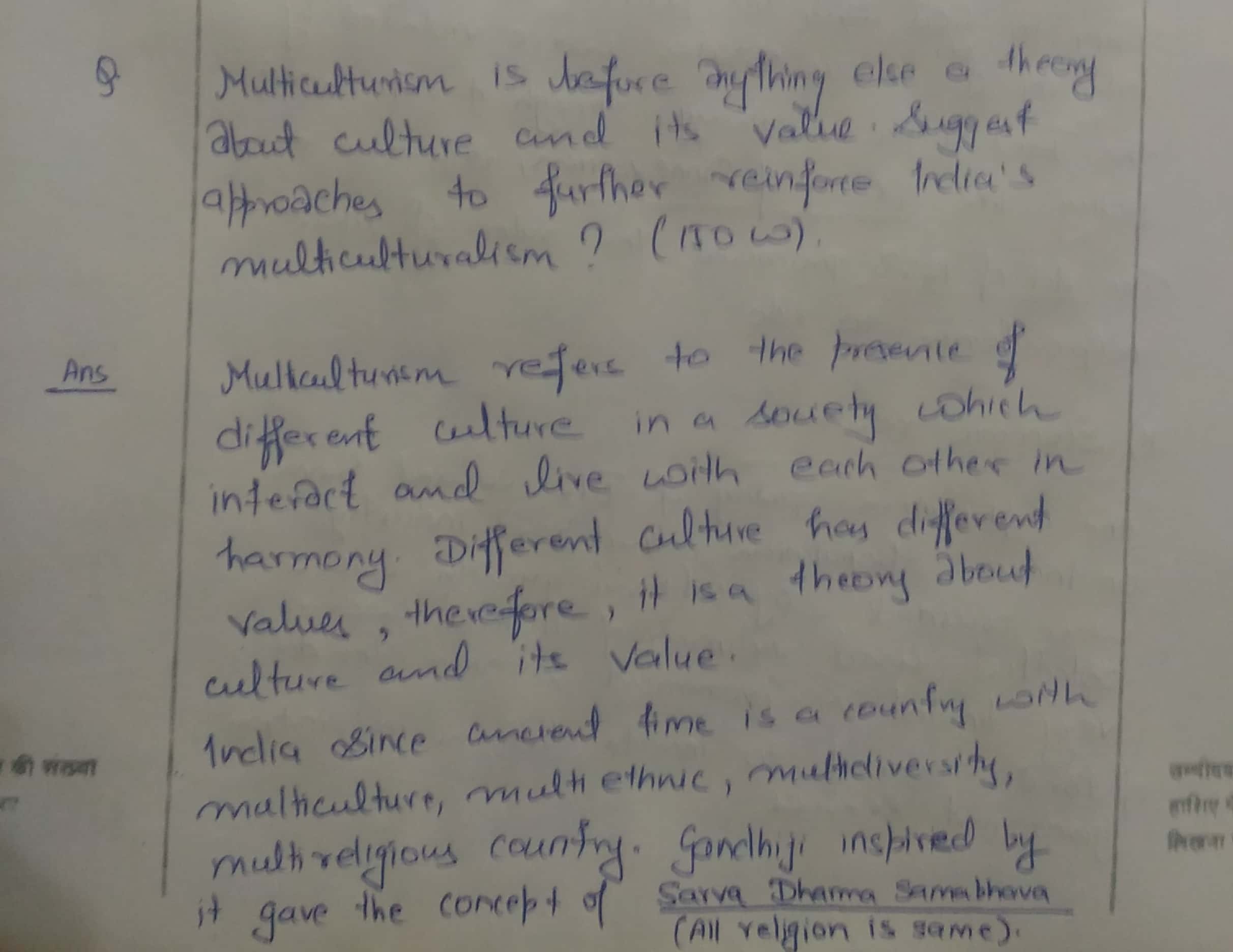 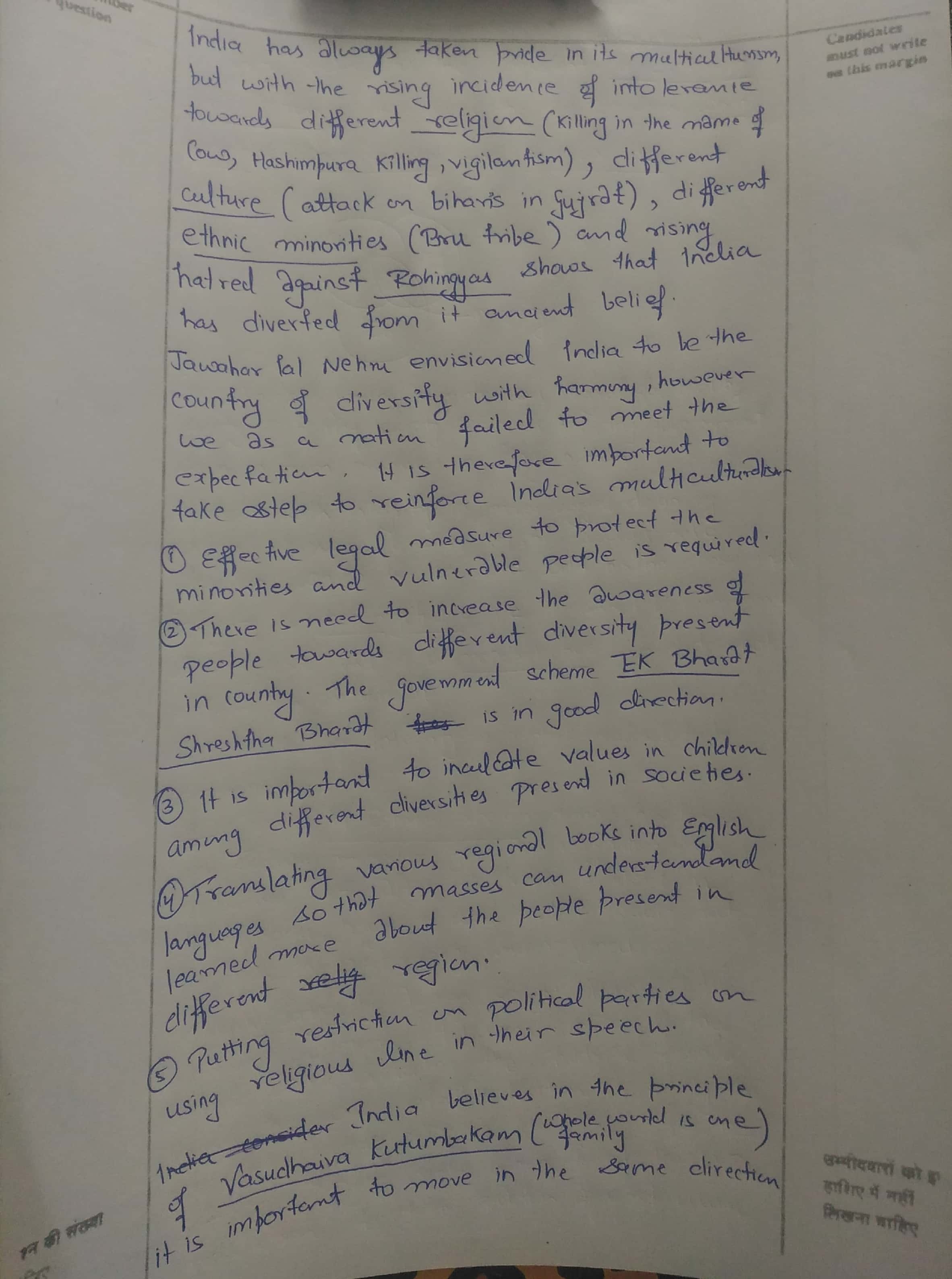 Hello Priyadarshi….
-Introduction is good…
-Points mentioned are good….but more points are required as a proof for showing multiculturalism a theory….
-The mention of failure on our part is good to accept multiculturalism is good….and good linkage with further reinforcing India’s multiculturalism…..Good points and well written….
-Conclusion is good…but it could have been more holistic…
Overall its a very good approach….well presented ideas and arranged points….
Well done….keep it up….
Marks awarded: 6/10