How much influence does OPEC have on global oil prices? 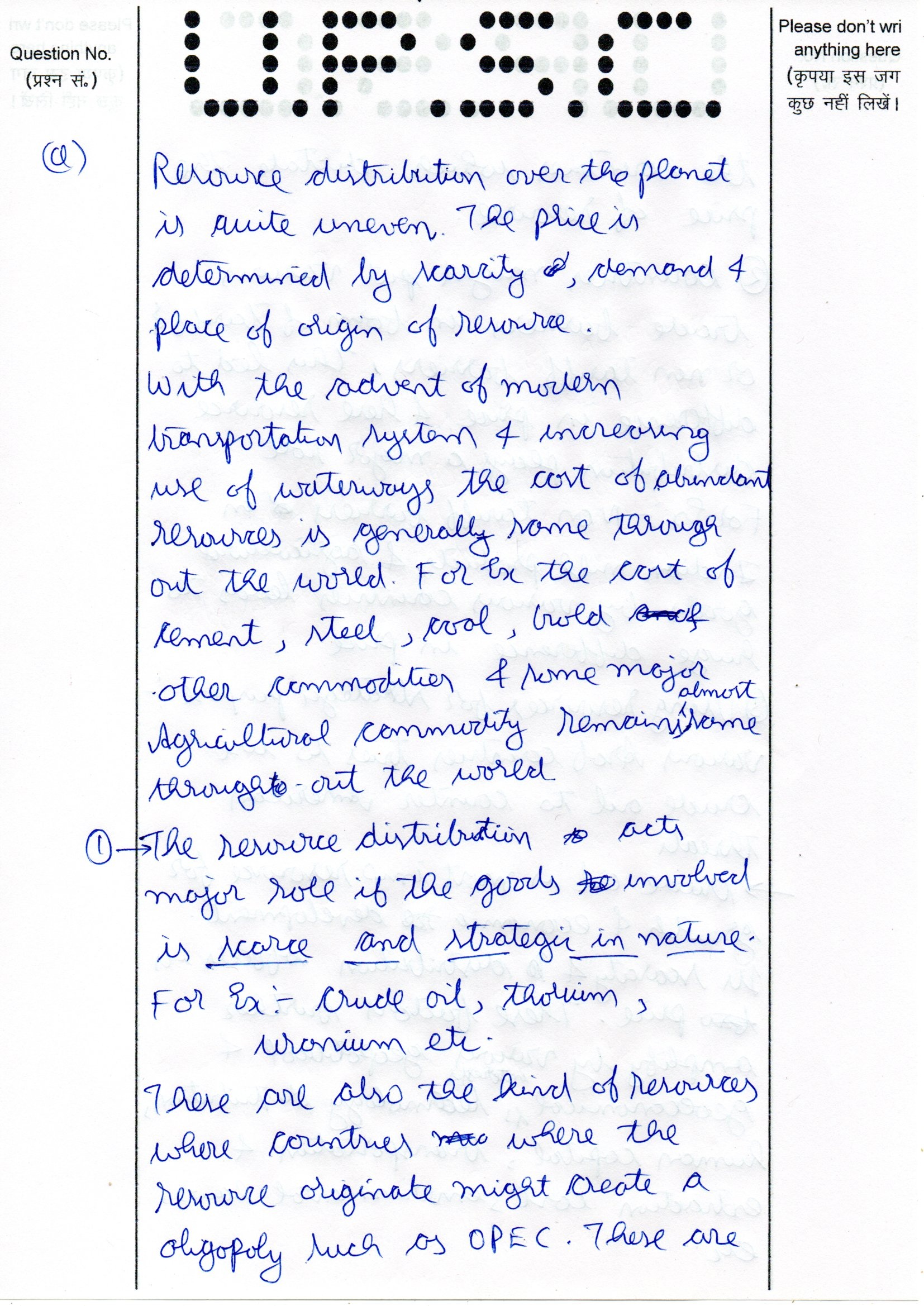 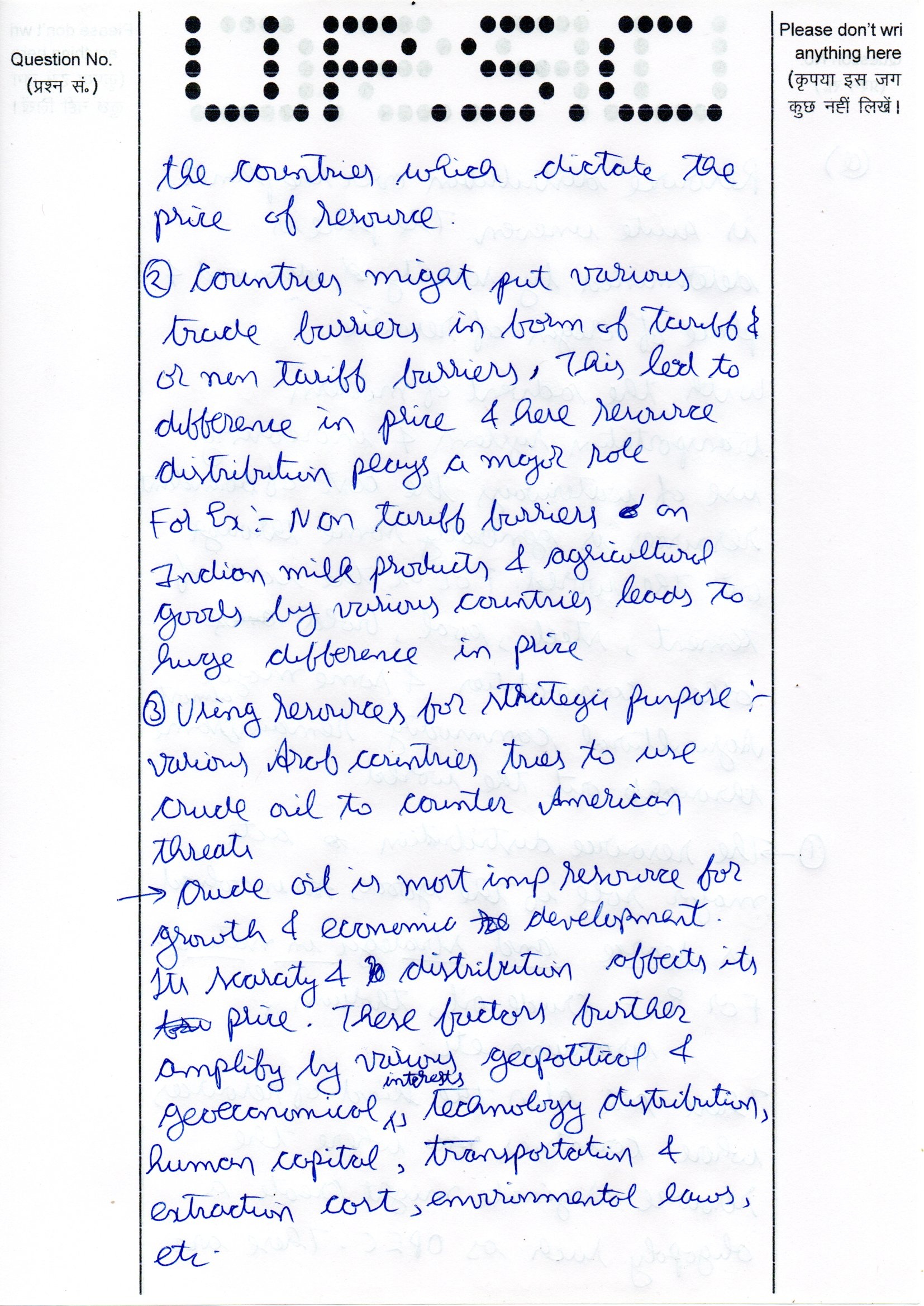 -First para as introduction need more explanation…
-The points in the first page are written in very general manner…it involves almost all type of product…we need to stick to our question…as the price of crude oil price….(These all points should come in introduction in holistic manner)…Your most of the points revolves around demand and supply only….
-Poor arrangement of ideas and points….

How our approach should be..?
-Introduction should be talking about uneven distribution of resources on earth…here only we need to establish the relationship between input prices and economic development…..
-Further we need to mention the various reasons of increasing oil prices(here we will start about oil): demand supply relation, distance, transport, market psychology, influence of groupings etc…mention about opec….
-The question needs to be answered in economic way…rather geographical way…

Nice approach…continue practicing…will improve for sure…
Keep writing…
Refer our model answer or other answers reviewed for better clarity…. 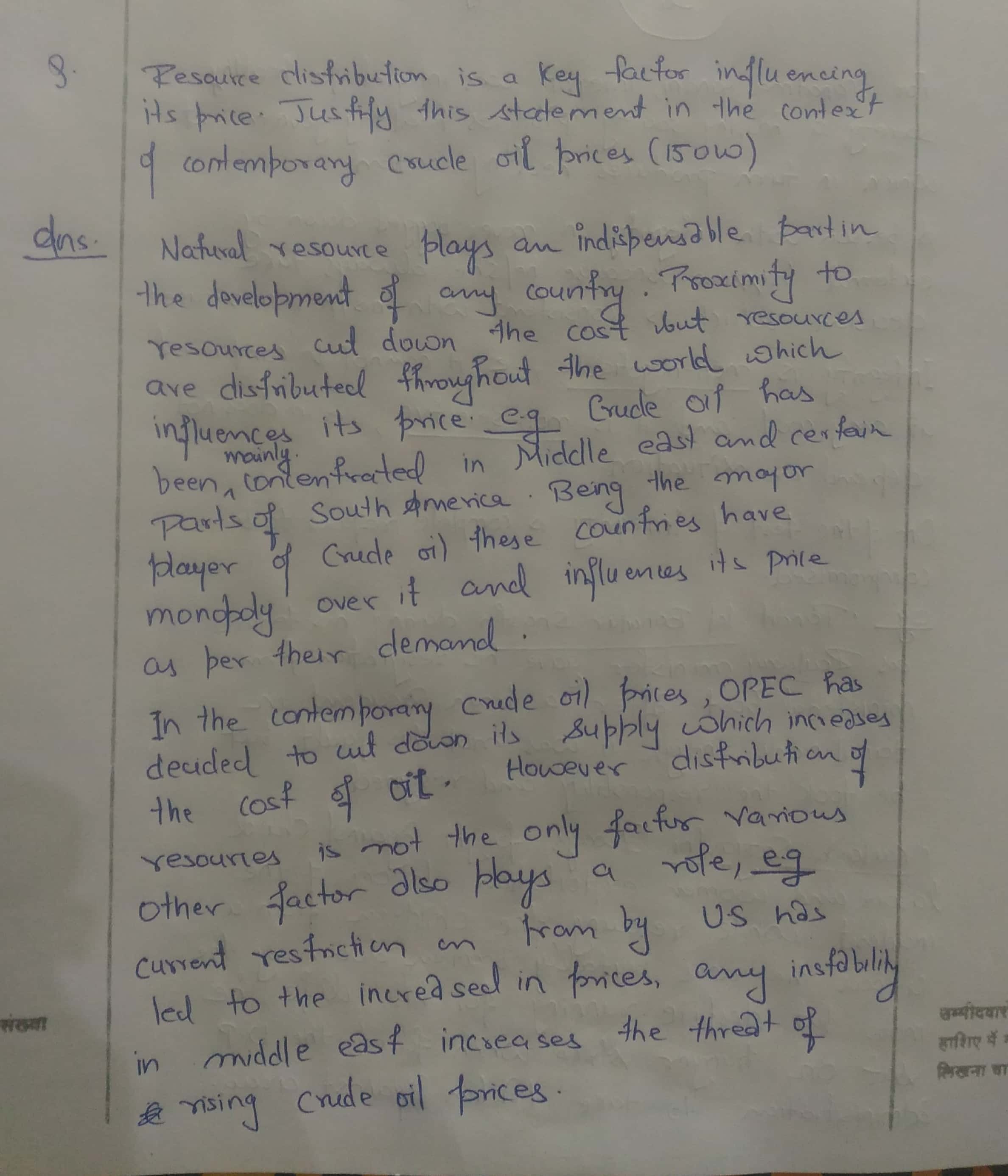 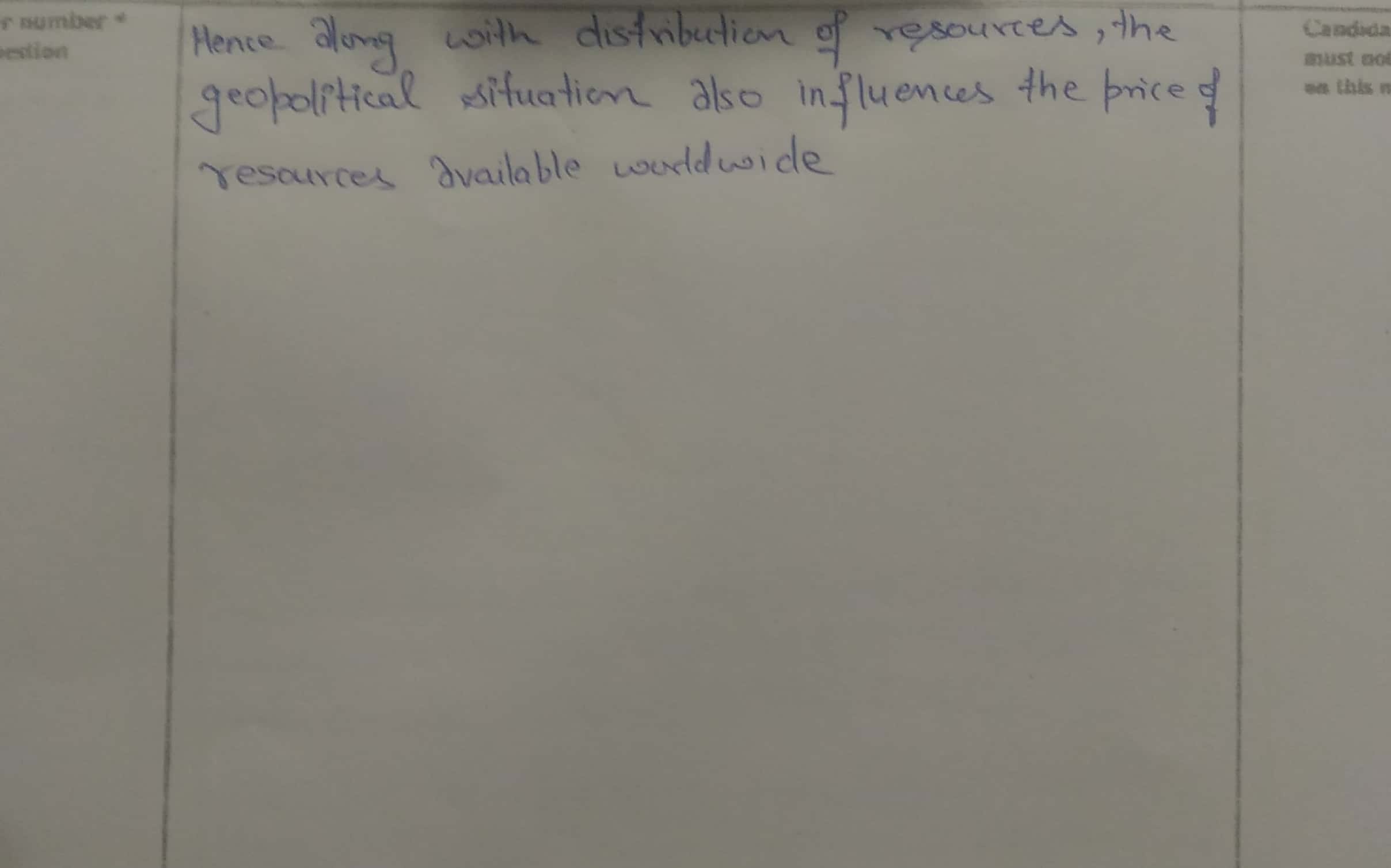 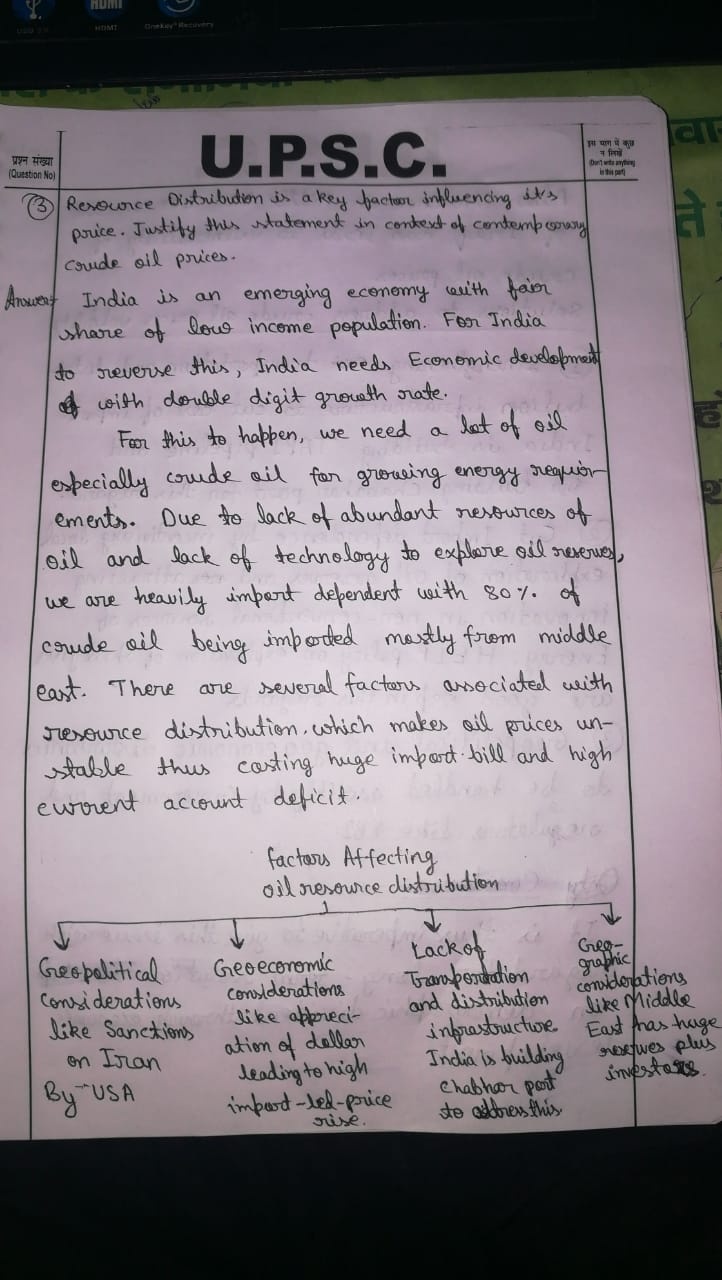 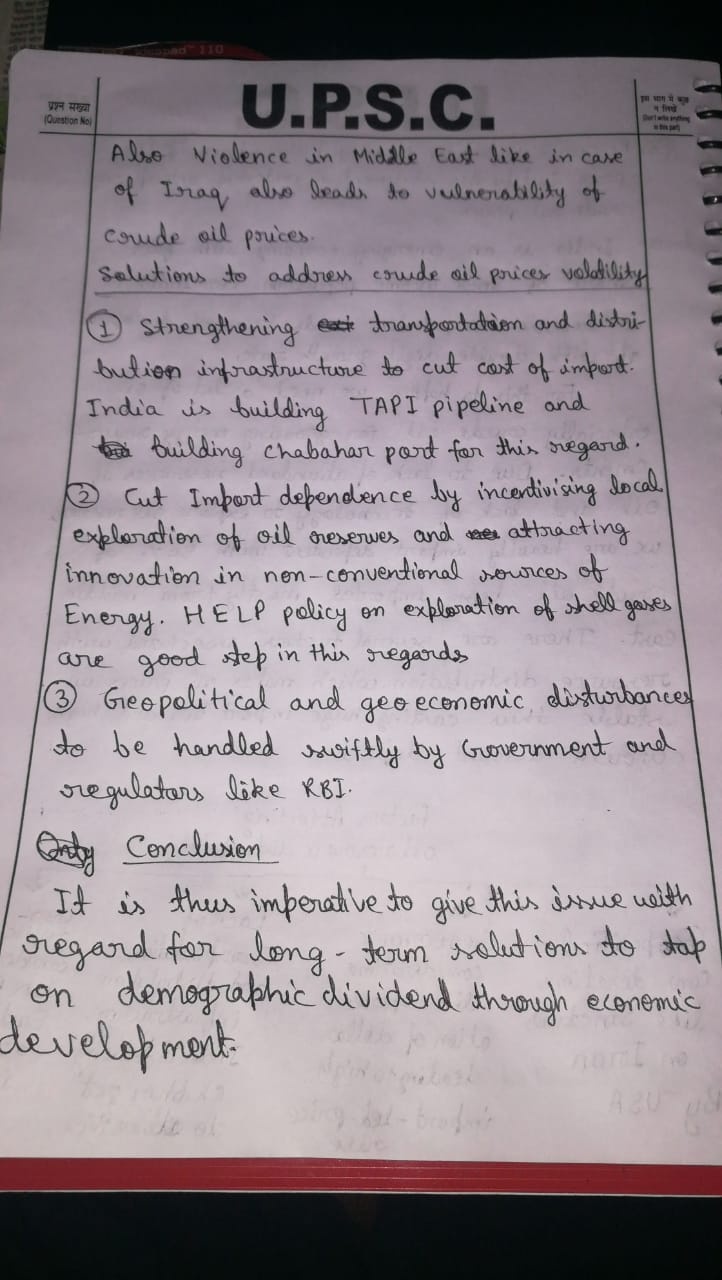 Hello Prafull…..
-Introduction provided is very poor….You have narrowed the context of the question by initiating with India’s demand….Here the context is global demand….Here we need to talk about location based resource distribution….Here we need to establish the relation between input prices and economic development….demand supply relation, oil future contract, price also depends on market psychology etc..etc….
-Flow chart at the bottom of first page is ok…some of the points here are relevant…
-Rest of the points are okay….
Overall, this is an average approach….more focus towards question required…
Though nice attempt….
Keep writing…
Refer our model answer for better clarity…..