Broadly speaking, there are two types of methods of controlling credit. 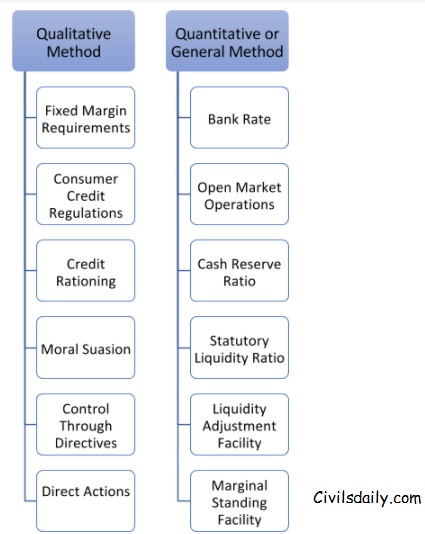 Context: Time and again many Bankers and economists have recommended scrapping of CRR. With Banks facing rising NPA in recent years, demand has again been raised my few experts to scrap CRR.

Why CRR should be abolished

Why should it not be abolished?

Qualitative Measure of the RBI

Measure of Money Supply in India