Dams were traditionally built to impound rivers and rainwater that could be used later to irrigate agricultural fields. Today, dams are built not just for irrigation but for:

Hence dams are now referred to as multipurpose projects where the many uses of the impounded water are integrated with one another. For example, in the Satluj-Beas river basin, the Bhakra Nangal project water is being used both for hydel power production and irrigation. Similarly, the Hirakud project in the Mahanadi basin integrates conservation of water with flood control.

Multipurpose projects, launched after independence with their integrated water resources management approach, were thought of as the vehicle that would lead the nation to development and progress. But in the recent years, multipurpose projects and large dams have come under great scrutiny for a variety of reasons: 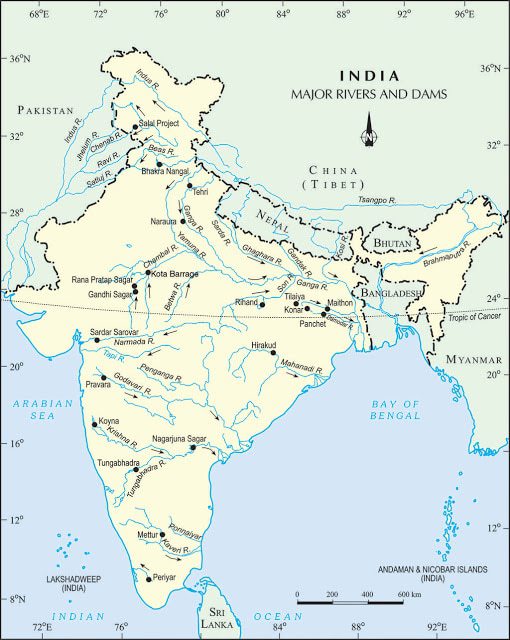 A List of Important River Water Projects in India: