After the Nationalisation of the commercial Banks, the government took the initiative for extending banking facilities in rural areas.

Prof D. R. Gadgil, chairman of National Credit Study Group, recommended the adaptation of an “area approach” to evolve plans and programs for the development of an adequate  banking and credit structure in rural areas.

As a sequel to this “area approach”, recommended by DR Gadgil study group, the Lead Bank Scheme was introduced in December 1969.

The Lead Bank Scheme: Under this scheme, a particular district is allotted to every nationalized commercial bank. The allotment of districts to the various banks was based on such criteria as the size of the banks, the adequacy of their resources for handling the volume of work.

The lead banks initially conduct basic surveys in their respective lead districts and prepare district credit plans designed for the purpose of estimating credit needs of the concerned district so that physical and manpower resources available may be utilized properly.

The district credit plans are linked with the development programs and are based on the integrated development of the concerned district with a special emphasis on the development of rural and backward areas. Since the introduction of lead bank scheme, notable progress has been achieved by commercial banks in respect of branch expansion, deposit mobilization and credit deployment.

Undoubtedly, the scheme is a major step towards banks fulfilling their new social objectives and holds promise for making banks as an effective instrument for bringing about the economic development of the allotted districts. 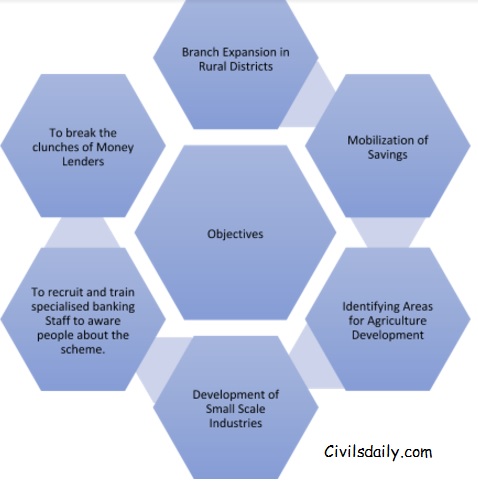 Why the Scheme Failed 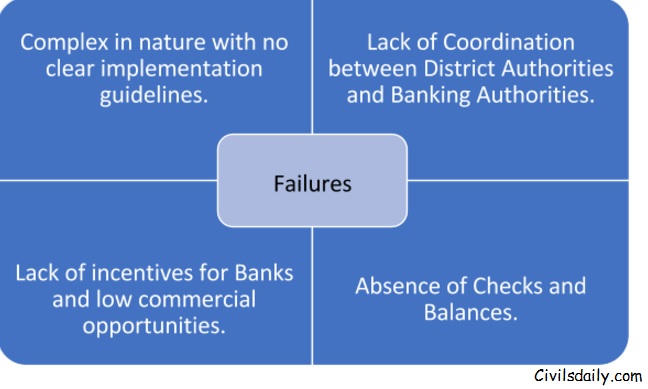 In a Free Market economy, business houses operate as per the invisible hand of the market (responding to demand and supply conditions) with the sole objective of profits. The case of commercial banks is no different. In a capitalist economy, they operate only for profit and not for any social purpose.

In a poor country like India which lacks resources and has inequitable wealth distribution the access to credit to all is an important bottleneck. In a poor country, the Profit making Banking can lead to following problems: 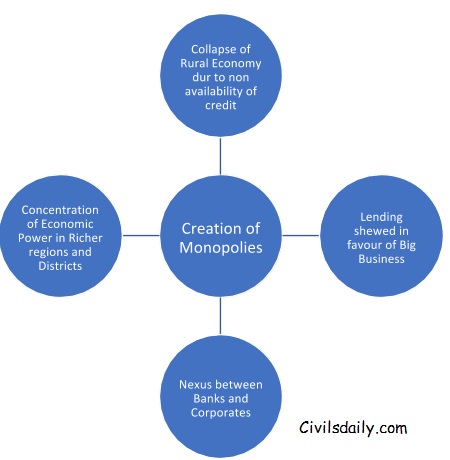 To avoid all such problems the Government decided to Nationalised Commercial Banks in 1969. The major Rationale of Nationalisation was the following; 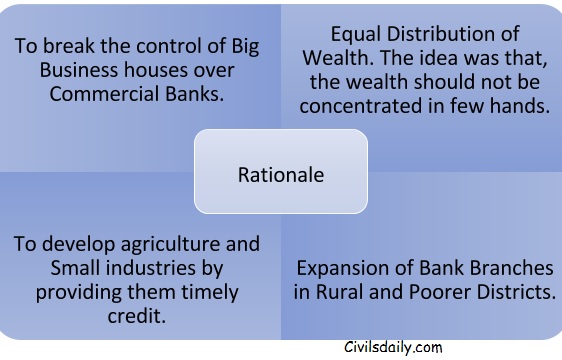 The Timeline of Bank Nationalisation 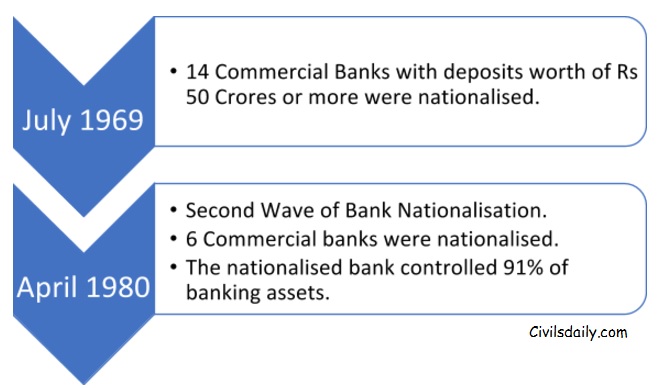