Moving on, let’s discuss the various natural vegetation types of India in detail: 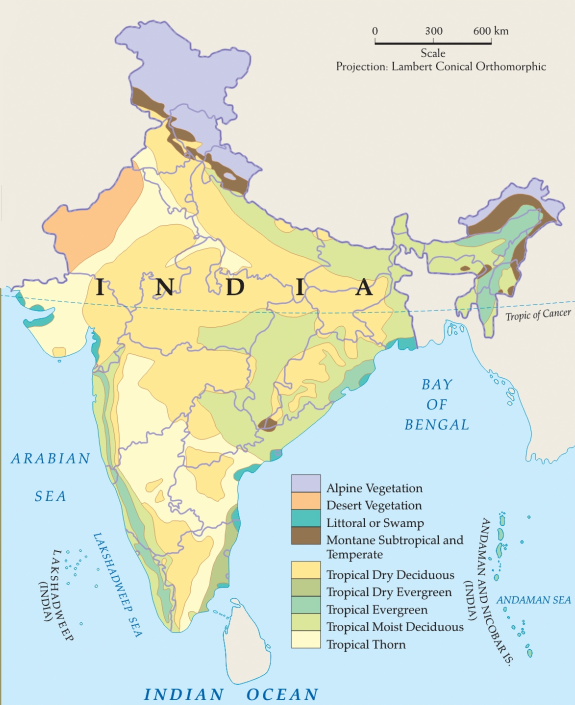 ‘Evergreen’ because there is no definite time for trees to shed their leaves, flowering and fruition. As such these forests appear green all the year round.

The common animals found in these forests are elephants, monkey, lemur and deer. The one-horned rhinoceros are found in the jungles of Assam and West Bengal. Besides these animals, plenty of birds, bats, sloth, scorpions and snails are also found in these jungles.

Also called the monsoon forests, these are the most widespread forests in India. The term ‘Deciduous’ refers to the ability of some plants to lose their leaves annually. They are spread over regions which receive rainfall between 70 and 200 cm.

In these forests, the common animals found are lion, tiger, pig, deer and elephant. A huge variety of birds, lizards, snakes, and tortoises are also found here. [Currently, India is the only country on Earth confirmed to have both lions and tigers in its wilderness.]

On the basis of the availability of water, these forests are further divided into: